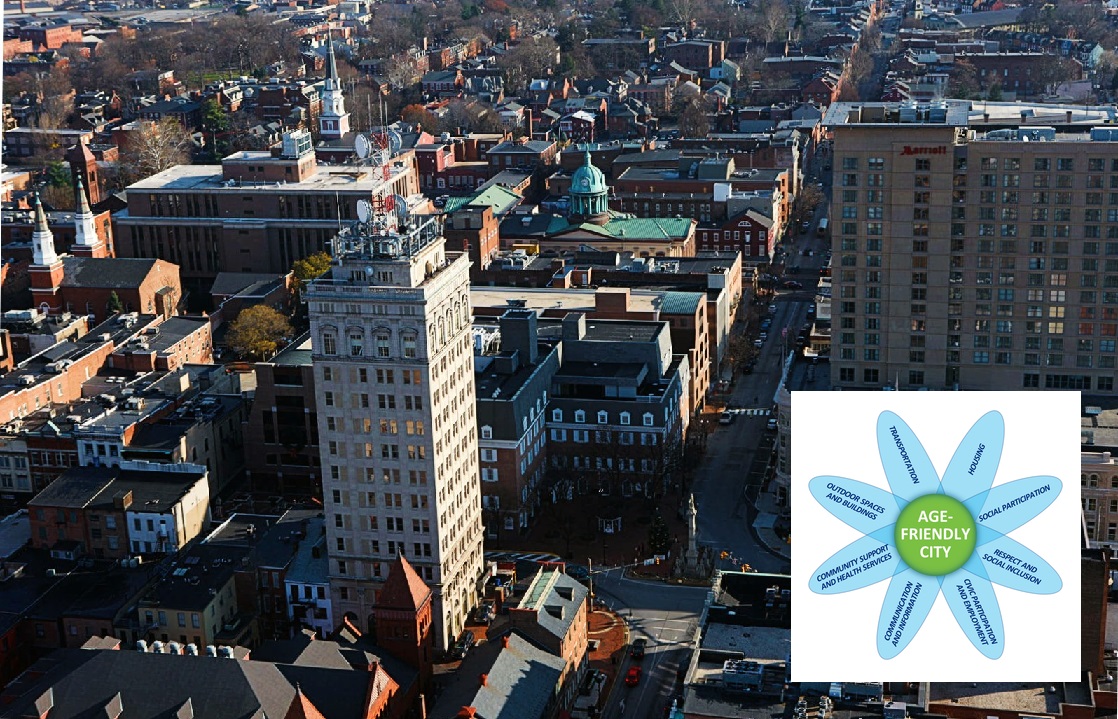 (Editor's Note: This article is part of One United Lancaster's coverage of Older Americans Month.)

Being an "age-friendly" community isn't just good for older residents, according to Lancaster Mayor Danene Sorace.

"This is a unique opportunity to make our city more accessible for everyone," the mayor said.

About 2 1/2 years ago, Lancaster city officially became an "Age-Friendly" community, joining a network of around 1,000 municipalities worldwide.

The network is an initiative of the World Health Organization. It was prompted by two parallel trends: Within a decade, 60% of the world's people are projected to live in urban areas; and by 2050, 22% of them will be age 60 or older.

In Lancaster County, according to U.S. Census data, 18% of the population is over age 65, and the number is climbing. The city's population trends younger, but it, too, can expect a larger proportion of older residents in the years ahead.

Cities can prepare now by adopting new policies and modifying their built environment, the WHO says. As part of the Age-Friendly designation, municipalities must develop a strategic plan that addresses eight factors that affect older residents' quality of life:

Lancaster is undertaking its Age-Friendly planning in conjunction with the Lancaster Downtowners, a support and resource organization for local seniors; Age2Age, a consulting firm; and Landis Communities.

The city had hoped to be further along, but the coronavirus pandemic has delayed things, Sorace said. Recently, the city began the process of updating its comprehensive plan; the new version will be aligned with the Age-Friendly initiative.

Lancaster already rates high for livability. The city has been called a "mini-Brooklyn" and a culinary hotspot, while Lancaster County rates among the "happiest" places to live and in 2018 was named the nation's best place to retire.

Much of the city's new residential construction targets seniors. Long Crest, which opened last year, has 52 units for low-income individuals over age 62. Landis Communities is planning Landis Place, a 82-unit senior apartment community on West King Street, for ages 55+, while Willow Valley Communities is planning a 147-unit complex for the same age group at the corner of South Queen and West Vine streets.

In many cases, public enhancements that help seniors benefit other age groups, too, Sorace said. One example would be curb cuts, which make intersections easier to navigate for everyone from seniors to people in wheelchairs to mothers with strollers.

"The needs are actually intergenerational," she said.

(Editor's Note: This article was updated June 1 to include the partnership of Landis Communities in the Age-Friendly initiative and to remove a reference to Lancaster Area Senior Services.)