This rendering of Lemon Street looking eastbound across the intersection with Charlotte Street in Lancaster shows how a planned bicycle lane there would look. (Source: City of Lancaster | Kittelson & Assoc.) 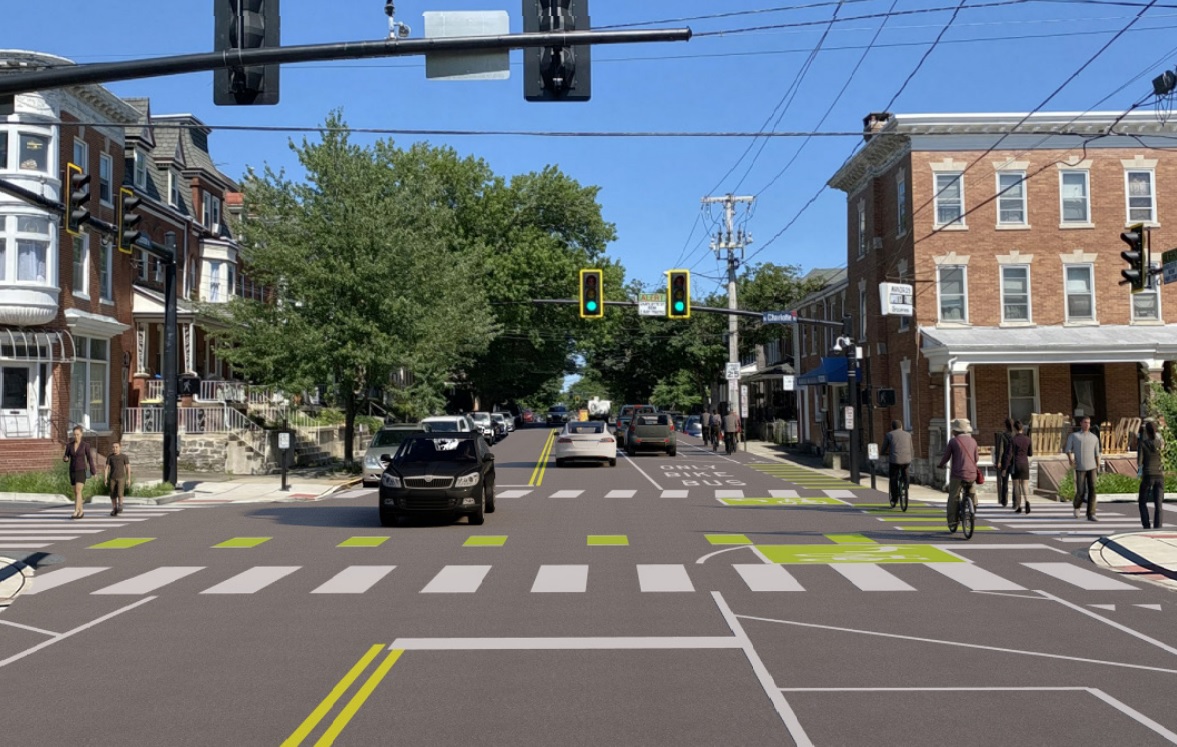 This rendering of Lemon Street looking eastbound across the intersection with Charlotte Street in Lancaster shows how a planned bicycle lane there would look. (Source: City of Lancaster | Kittelson & Assoc.)

Lancaster city is planning to build an eastbound bikeway along Lemon Street, and is soliciting public comment on the idea.

Feedback is being accepted through Friday, Aug. 6. To comment, log into the city's "Engage Lancaster" platform and visit the "Eastbound Connector Bike Route" project page. Public input also was solicited at a public meeting earlier this month.

The city has been building out its bicycle infrastructure over the past several years with the help of consulting firm Kittelson & Associates.

"The consultants will review and assess the public comments, and how they may impact and be incorporated in the final design process," Stephen Campbell, the city's director of Public Works, said. "If additional input or commentary is required, it will be scheduled."

Documentation posted on Engage Lancaster indicate the first phase of the bikeway would run eastbound along the south side of Lemon Street from College Avenue to Shippen Street. Extensions are shown along Buchanan Avenue to State Street on the west side and along East Fulton Street to Reservoir Street on the east side, although those phases are labeled as being in the conceptual stage.

The Lemon Street bikeway would be a counterpart to the one along Walnut Street, which runs westbound, as does vehicular traffic on the one-way street. Like that one, much of it would be "buffered," with a vehicle parking lane separating the bike lane from vehicle travel lanes.

Along with comment on the Lemon Street bikeway, the city is asking people for their opinion on how bike lanes west of College Avenue should be configured. 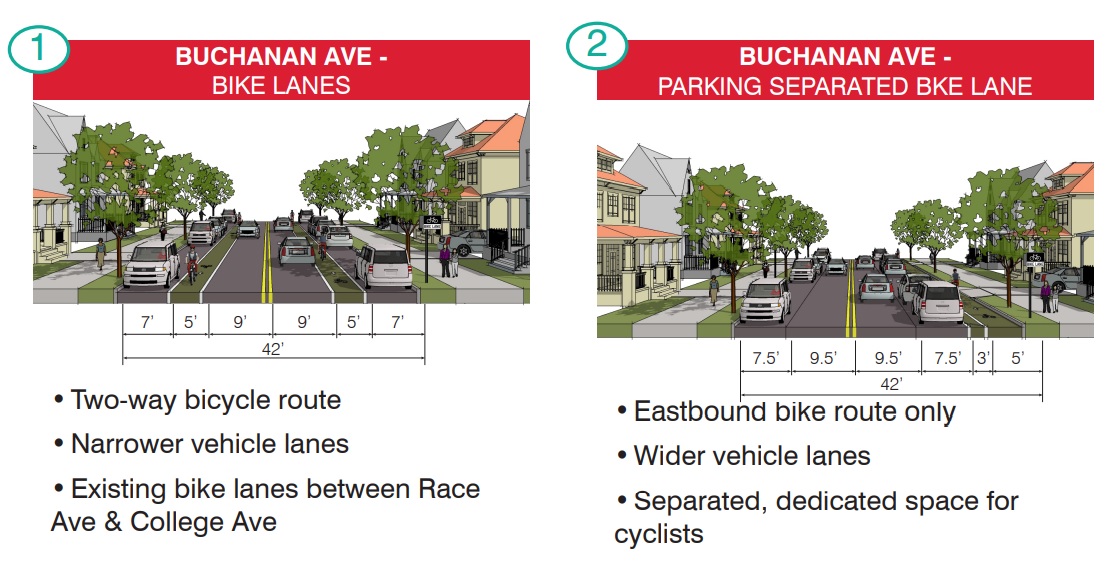 On Walnut Street between College and Race Avenue, the westbound bike lane could either continue on the south side of the street, or could shift to the street's north side to facilitate the right-hand turn onto Race Avenue.

Initially, the city had planned to establish an eastbound bike lane along Chestnut Street to go with the westbound one on Walnut Street. However, the Kittelson team determined that doing so would create "queueing" problems — that is, traffic back-ups at intersections.

The bicycle lanes are intended to connect to others outside the city, eventually becoming part of a "Greater Lancaster Heritage Pathway, extending from East Hempfield Township to Leola or farther. The idea is outlined in the Lancaster Active Transportation Plan, released in 2019.

Planning for the Lemon Street bike lane is to be finalized by the end of October, with construction to take place next spring.

The city has $500,000 in state funding available for the work. Campbell said the city hasn't determined a budget yet, but expects costs to be similar to those for the Walnut Street bike lane.

Other elements on Lemon Street add to the cost somewhat, he said: "We will likely add some signage,  and we are also adding a Rectangular Rapid Flash Beacon at Walnut Street."

According to a 2013 study by the Pedestrian & Bicycle Information Center, bike lanes can cost as little as $5,360 and as much as $536,680 per mile, depending on how elaborate they are. The median cost is just under $90,000, the study found. Adjusted for inflation, that would now be a little over $104,000 per mile, in line with the cost of the Walnut Street project.

The city is committed to the Active Transportation Plan and looking forward to expanding the infrastructure for cyclists, Campbell said.

"The streets become safer and more utilized by all as the bike network becomes robust," he said.

Editor's note: This article was updated on July 23 to add information about the Walnut Street project cost.