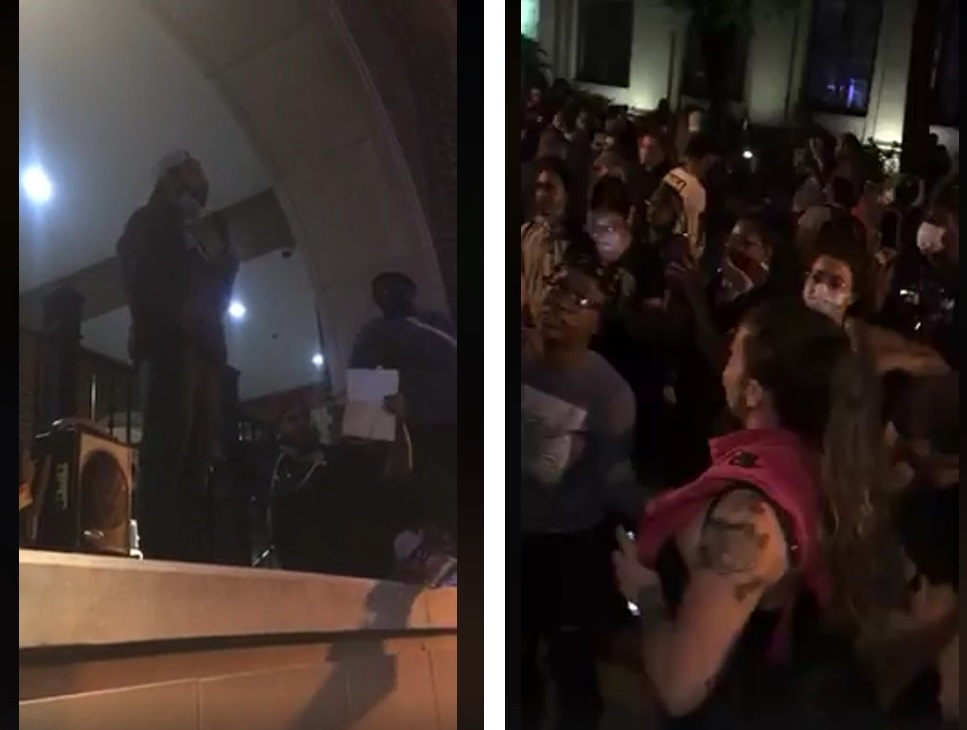 The driver of an SUV was detained by police early Tuesday morning after he drove through a knot of protesters attempting to block his path on West Chestnut Street outside the Lancaster City Police Station, two City Council members said.

"He ran straight through us," Councilman Xavier Garcia-Molina told OneUnitedLancaster.com.

Council President Ismail Smith-Wade-El said the driver showed "little or no regard" for those in his path.

The two had been on the scene attempting to keep the peace. They said they and others had to jump out of the way, but were able to do so, and there were no serious injuries.

During a livestreamed chat with LNP Tuesday afternoon, police Chief Jarrad Berkihiser said the incident is under investigation. Police have questioned the driver and are collecting witness testimony and video.

He said he expects the department will forward the evidence to the district attorney's office for review to determine "what charges, if any, to bring."

In separate telephone interviews, Smith-Wade-El and Garcia-Molina described what happened as follows:

Shortly after midnight, around 30 protesters were still at the police station when a loud firework was set off nearby. Berkihiser said police are still determining exactly what kind of device it was.

Protesters, who had opened West Chestnut Street to traffic off North Prince Street after barricading it earlier, decided to stand in a line across the intersection to close it off again.

Around 12:45 a.m., a white SUV attempted to enter the block of West Chestnut in front of the police station. The protesters told the driver they would not let him through.

Garcia-Molina, Smith-Wade-El and former Council President James Reichenbach, along with several other individuals, intervened and attempted to mediate.

The driver briefly got out, then got back in. He then tried to maneuver to get through. Protesters threw a water bottle and other objects.

The driver backed up, then drove forward through the crowd. He stopped in front of the House of Pizza restaurant, then backed into North Market Street between the restaurant and the police station. 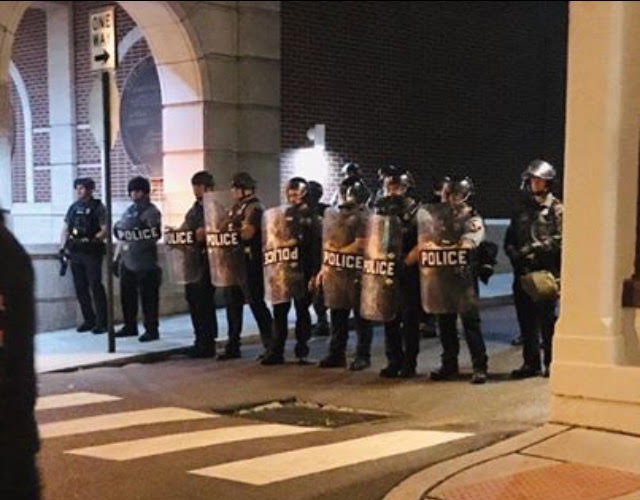 The council members approached him and they began talking. "He was upset," Garcia-Molina said. Other protesters were gathering when police intervened. They took the driver into the police station and took possession of the vehicle.

Police with batons and shields formed a line. Garcia-Molina, Smith-Wade-El, Reichenbach and others stood between them and the crowd of protesters and asked the latter to back up, which they did. Eventually, the police re-entered the station. The crowd dwindled over the next 45 minutes or so.

Garcia-Molina acknowledged that protesters blocking a street without authorization is illegal. But that doesn't excuse endangering people, he said.

City officials have been asking protesters to leave once it gets dark, saying credible threats and attempts to escalate violence have been made by outside agitators seeking to disrupt the protests.