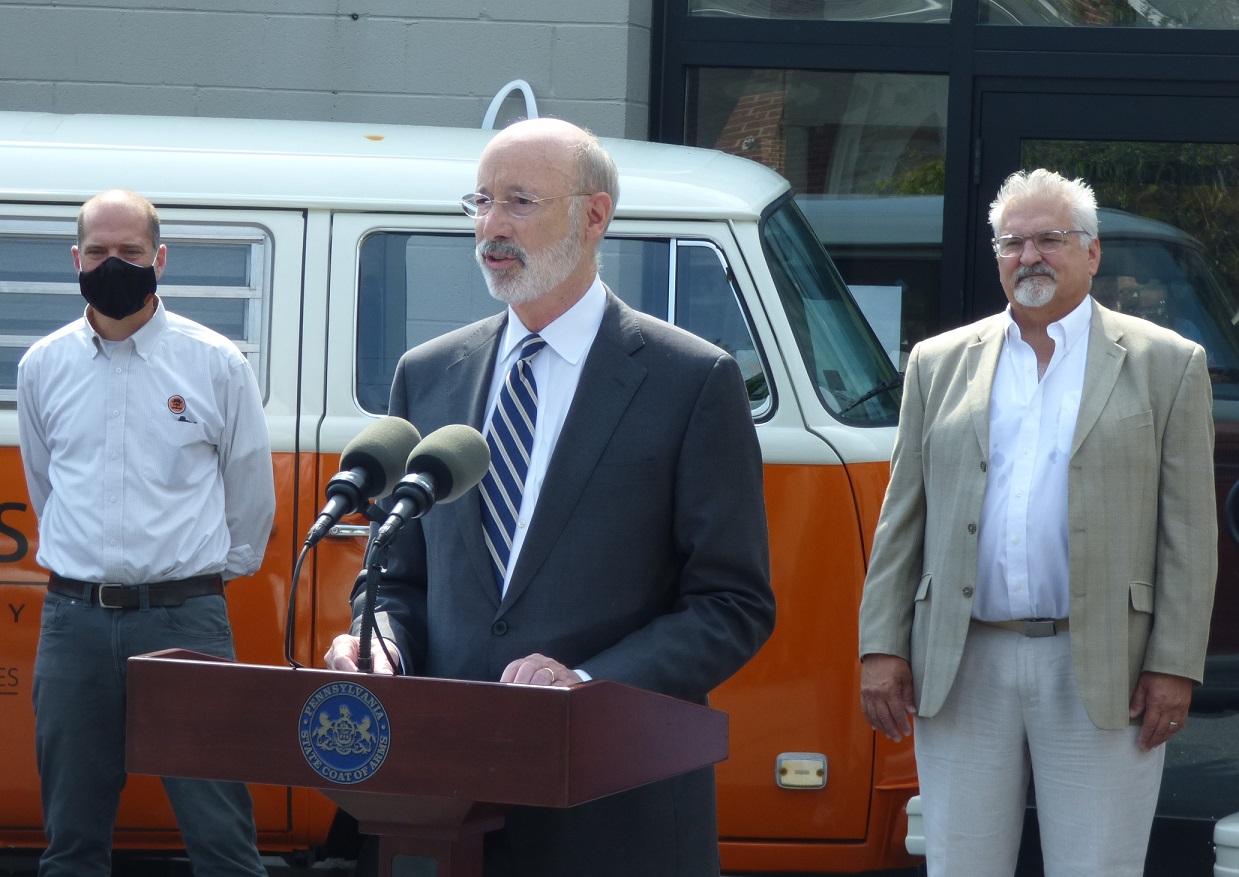 During the coronavirus pandemic, Maria Angelica Rojas said, she worked hard on farms in Chester County, knowing she was putting her health and her family's health at risk, but proud that her essential labor was helping other families put food on their tables.

Yet she and other agricultural laborers aren't paid a living wage, the Mexican immigrant said.

"It is time for Pennsylvania to take action and raise minimum wage to $15 an hour," Rojas, a Spanish speaker, said through an interpreter.

Raising Pennsylvania's minimum wage is long overdue, the governor said, and would benefit workers, employers, the economy and the state Treasury.

As in past years, Wolf's proposed 2021-22 budget calls for an immediate increase in the minimum wage from $7.25 to $12 an hour, followed by gradual yearly increases to $15.

"If rural Arkansas can do it, I'm confident Pennsylvania can, too," the Dauphin County Democrat said.

Two Dudes starts its workers at $14 an hour, which increases to $15 after a 90-day training period, President Peter Barber said.

That pays off in higher productivity, lower turnover and better customer satisfaction, he said.
Jennie Groff, CEO of Stroopies Inc., another Lancaster small business, said her company has continued to thrive during the pandemic and is in the process of expanding.

"When your workers are cared for, they'll be your biggest assets," she said.

Barber and Groff are members for Business for a Fair Minimum Wage, a pro-increase advocacy group. 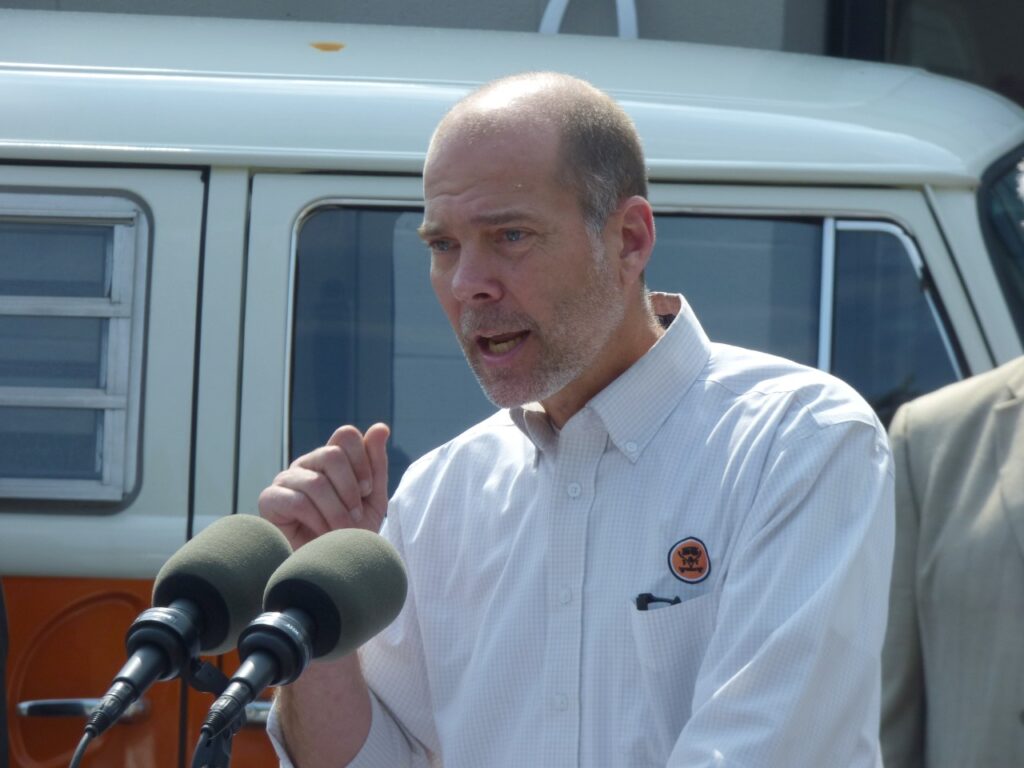 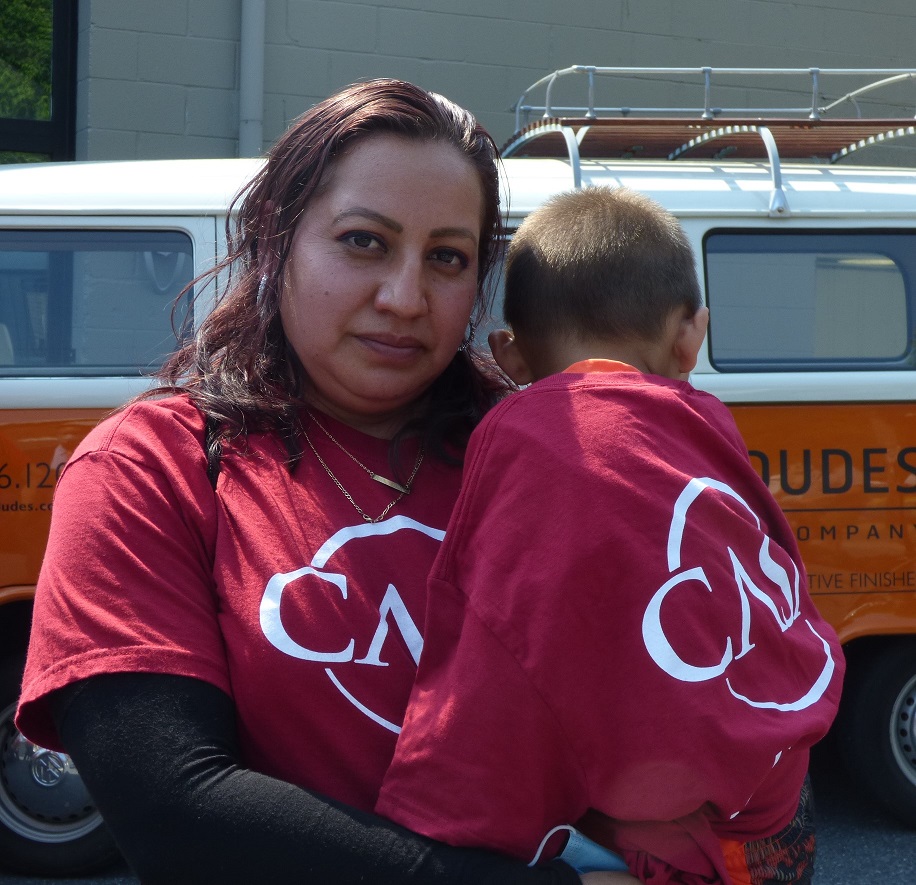 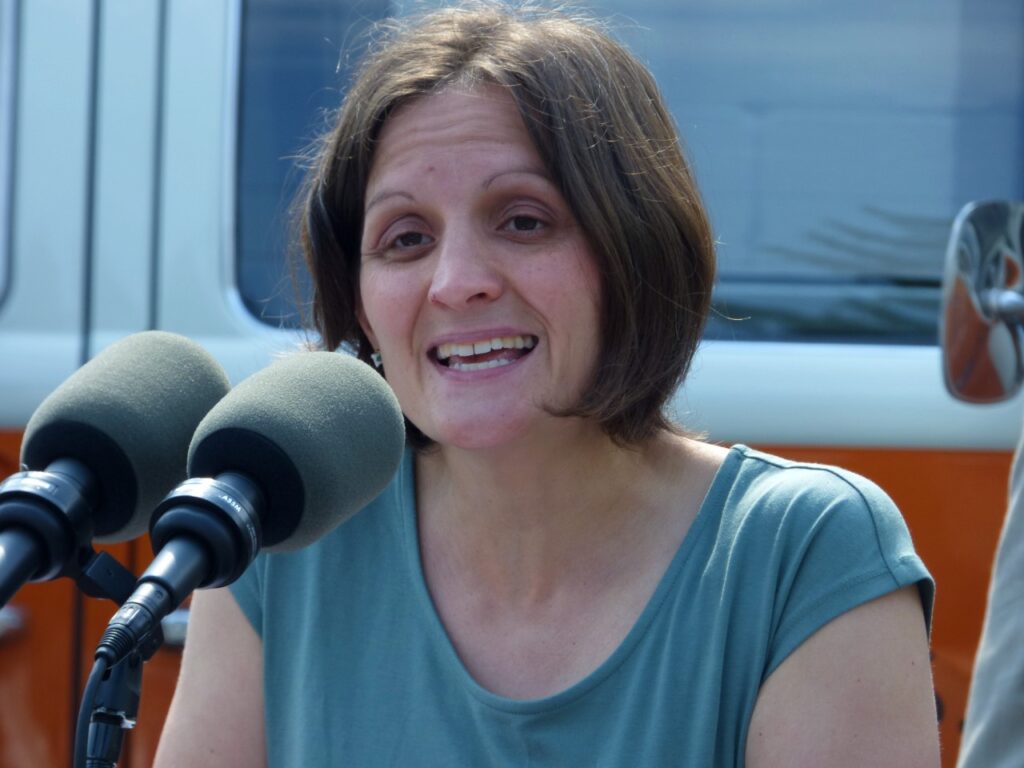 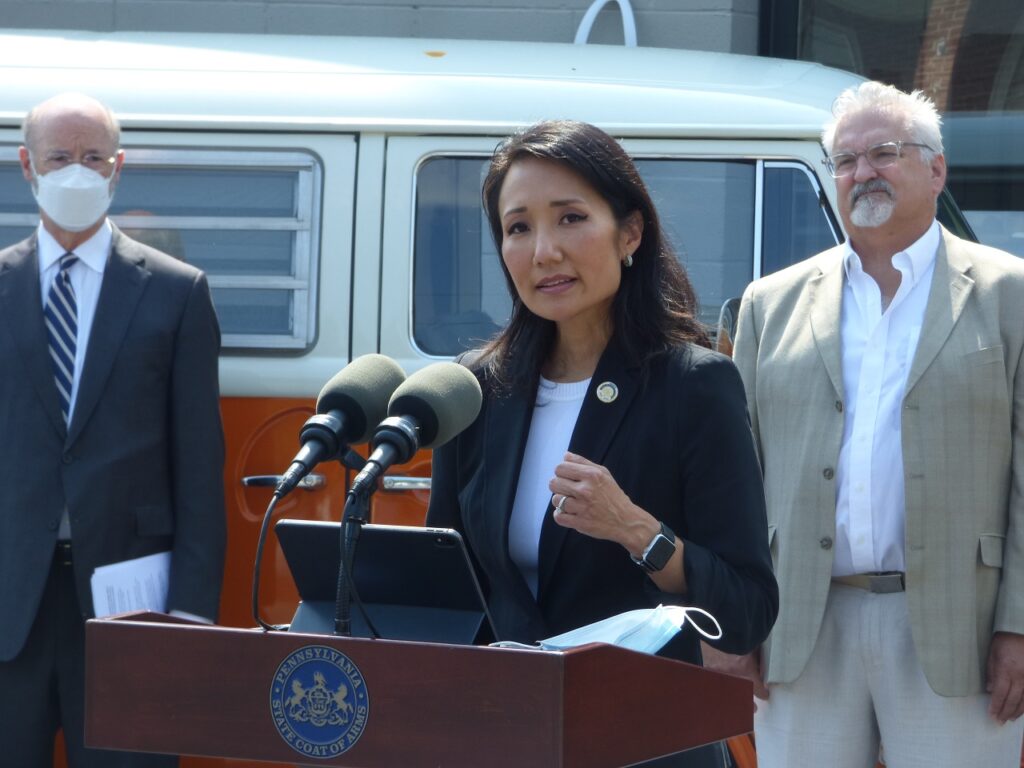 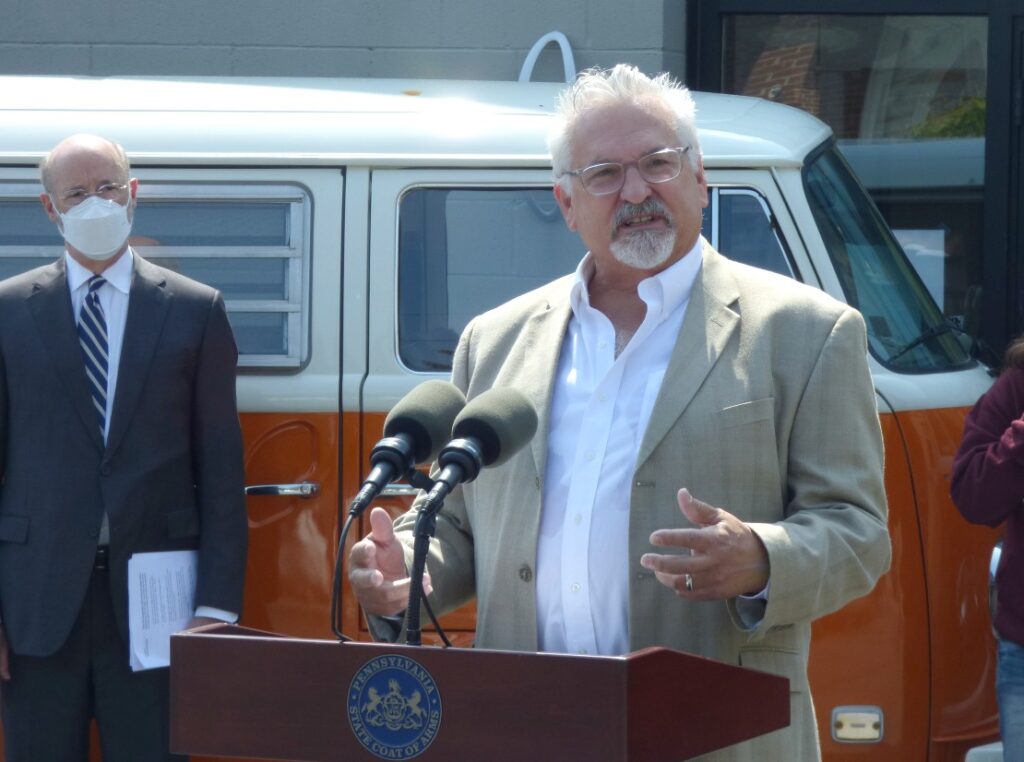 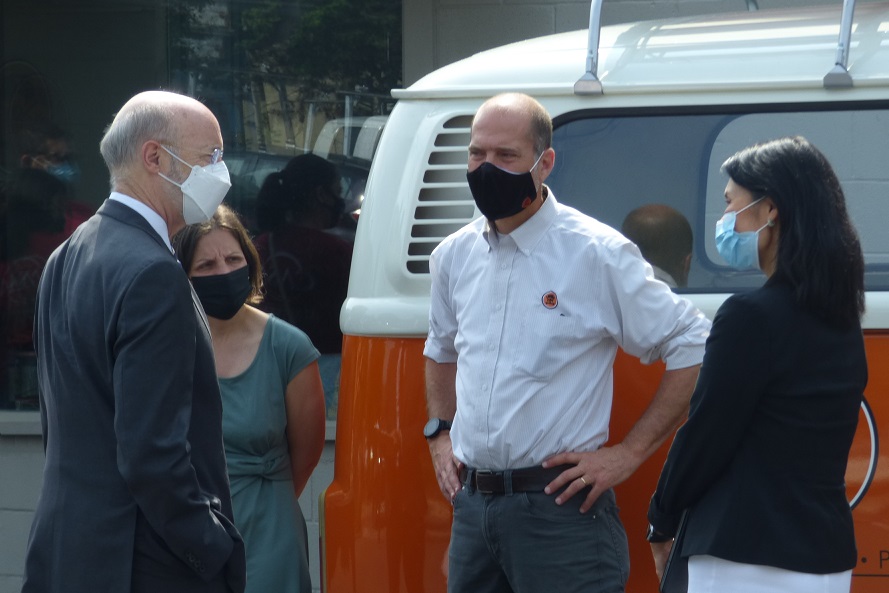 Just the increase to $12 would improve the state's balance sheet by about $100 million, Wolf said: $44 million in added tax revenue, the rest in reduced demand on social services.

Rep. Mike Sturla, a Democrat who represents Lancaster, stressed that latter point. When full time workers have to turn to the government to make ends meet, that's not their failure, he said: "It's a failed business model."

Wolf's previous attempts to raise the minimum wage have gone nowhere. Asked why this year might be different, Wolf said attitudes are changing. He cited Florida, whose citizens approved a referendum in November raising the minimum wage, even as a healthy majority there voted to re-elect Donald Trump as president.

"I think Pennsylvanians have enough pride to say we don't want to be trailing that pack," he said. 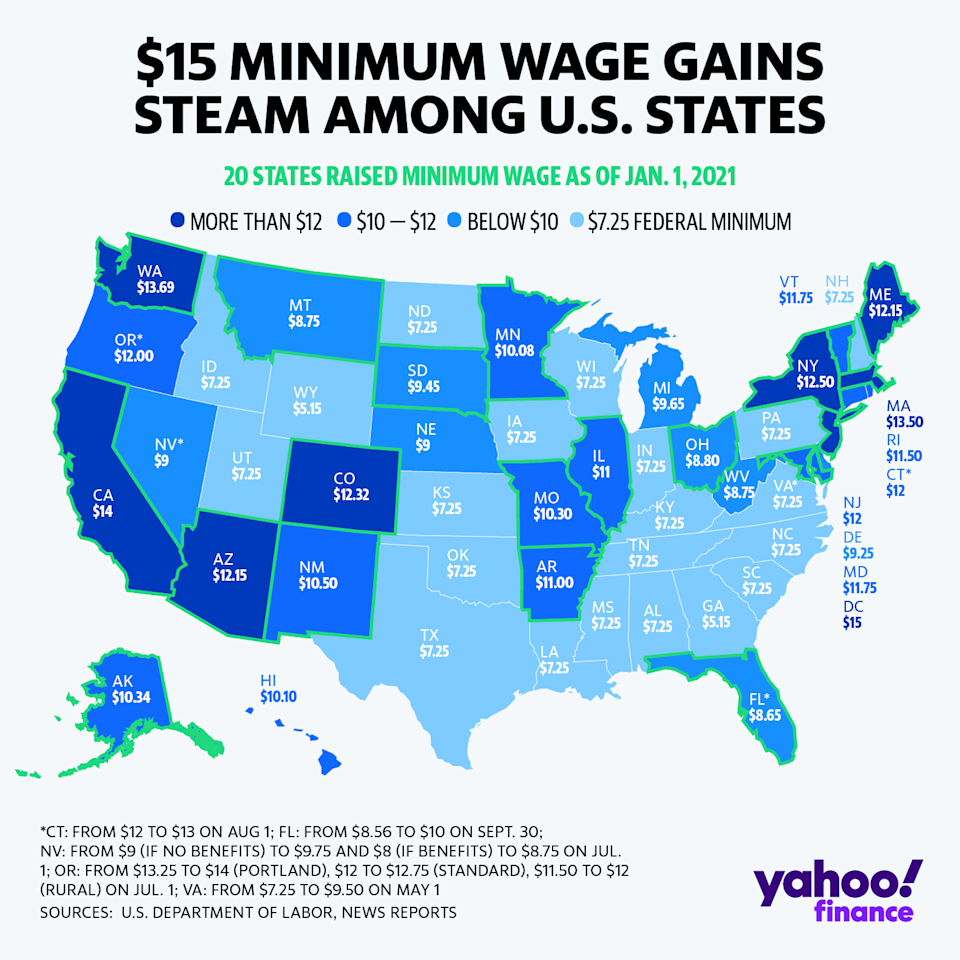