The Fulton Theatre’s main stage as seen from the balcony. (Photo: Olivia Smucker)

The Fulton Theatre's main stage as seen from the balcony. (Photo: Olivia Smucker)

Of all the renovations done by the Fulton Theater over the past few years, the new bathrooms have been the most appreciated.

"I encourage you and invite you to see the potties, because it's the biggest deal for everyone," Nicole Hackmann, the Fulton's director of advancement, joked during a tour of the new facilities featured as part of the Lancaster City Alliance's November Merchants' Meeting, which the Fulton hosted.

The Fulton added no fewer than 27 bathroom stalls to its ground floor, alleviating what had previously been a shortage much noted by patrons.

Also new are several lobbies and foyers to supplement the Brosman Lobby, built in 1995. Among them is Castagna Hall, where the alliance's meeting took place. Located on the second floor, it has a capacity of 181 people and features a floor-to-ceiling window overlooking downtown Lancaster

New on the ground floor is the James Hagelgans & Gale Zorian Lobby, which is complete with a bar, cabaret space and welcome desk. The walls were created using special micro-perforated plates, said Hackmann, to help absorb the sound from up to 1,000 patrons.

The space is being equipped to be a small-scale performance venue, she said. Executive Artistic Producer Marc Robin recently traveled Las Vegas to purchase a theatrical lighting package for it.

The new Culliton Tower connects the Brossman Lobby to the Fulton Academy building on the north side of the Fulton complex. With a steel and glass facade overlooking North Prince Street, the tower adds a sophisticated modern look that blends with the character of the surrounding buildings.

The Culliton Tower entrance leads to a foyer, an accessibility room and a concession stand run by The Stroopie Co.

The accessibility room provides accommodations ranging from seat cushions to assistive listening devices to earpieces that those with visual impairments can use to hear live narration of the action on stage. Listening to play-by-play descriptions of raunchier shows like Chicago or Grease can be "very hilarious," Hackmann said. The Fulton also offers American Sign Language interpretation at selected performances. 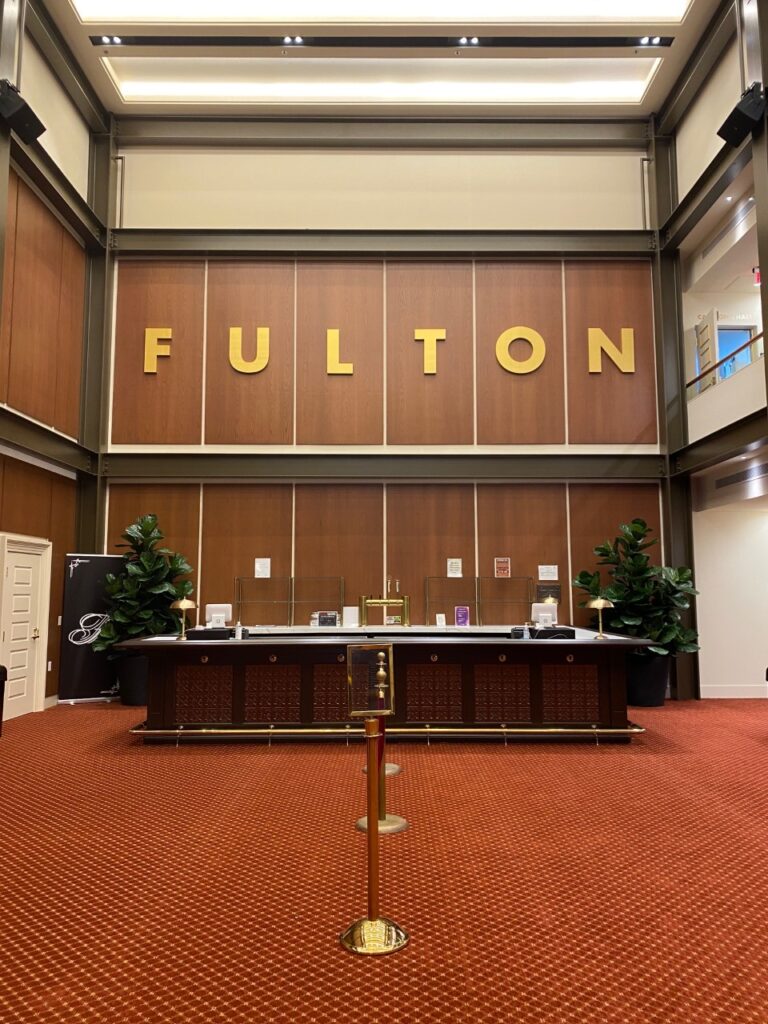 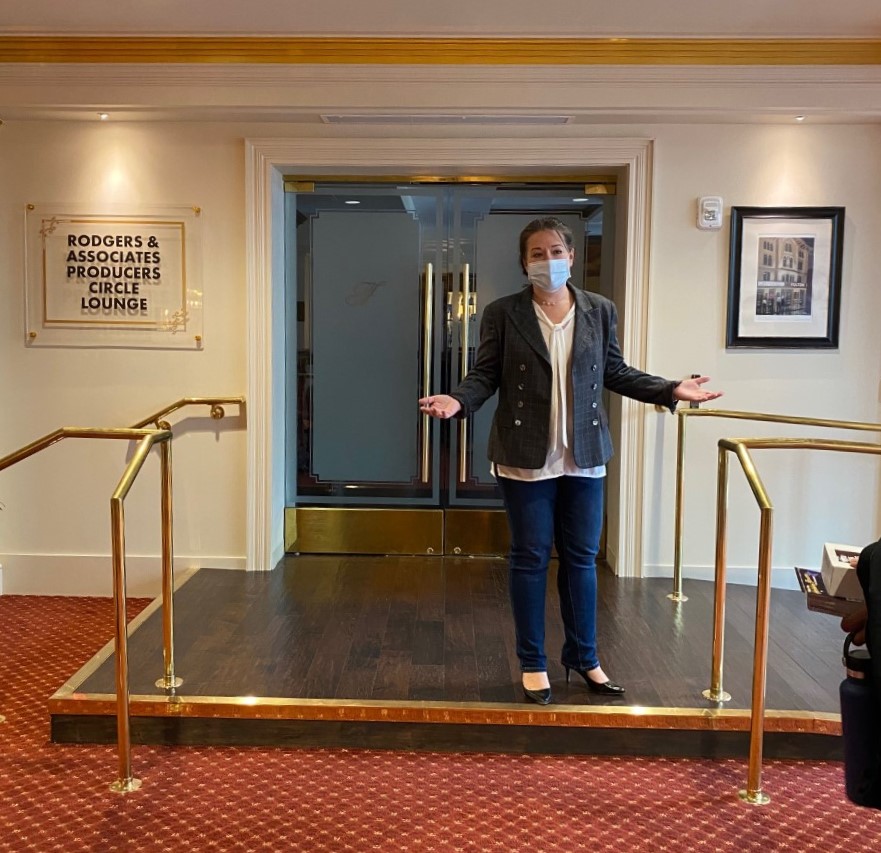 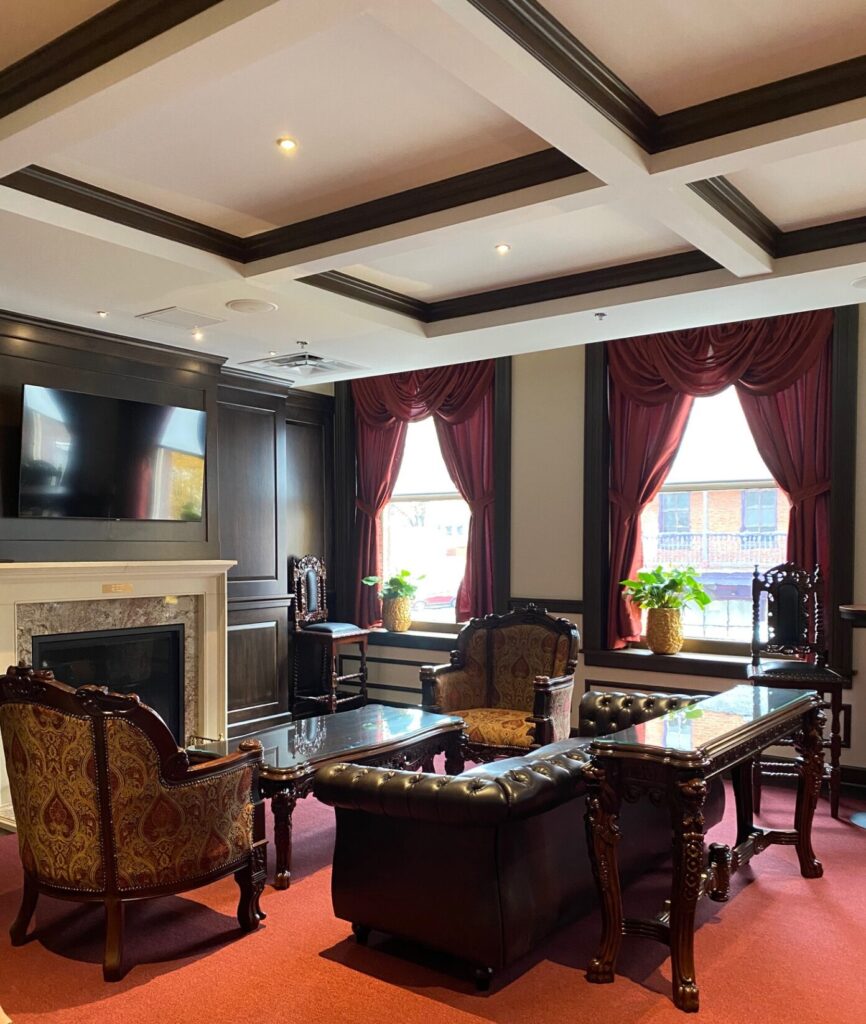 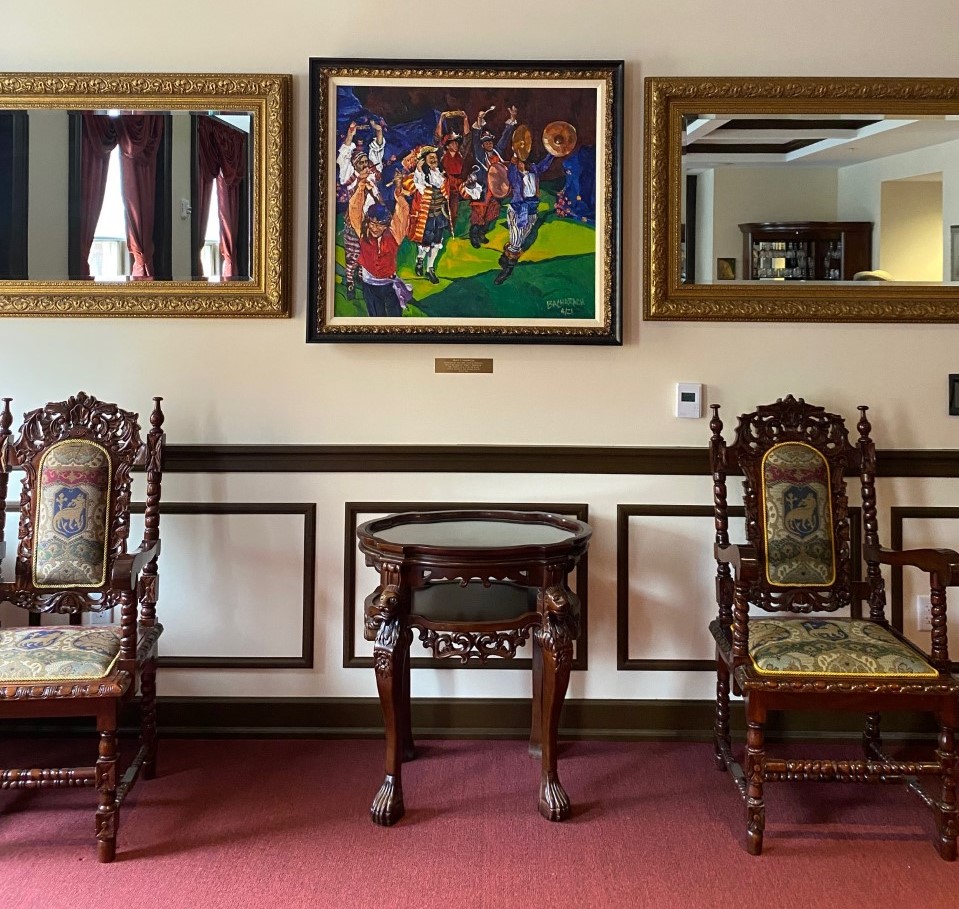 The painting in the center was created in 2019 by Roger Bacharach, based on a photo from the Fulton's "Peter Pan." (Photo: Olivia Smucker) 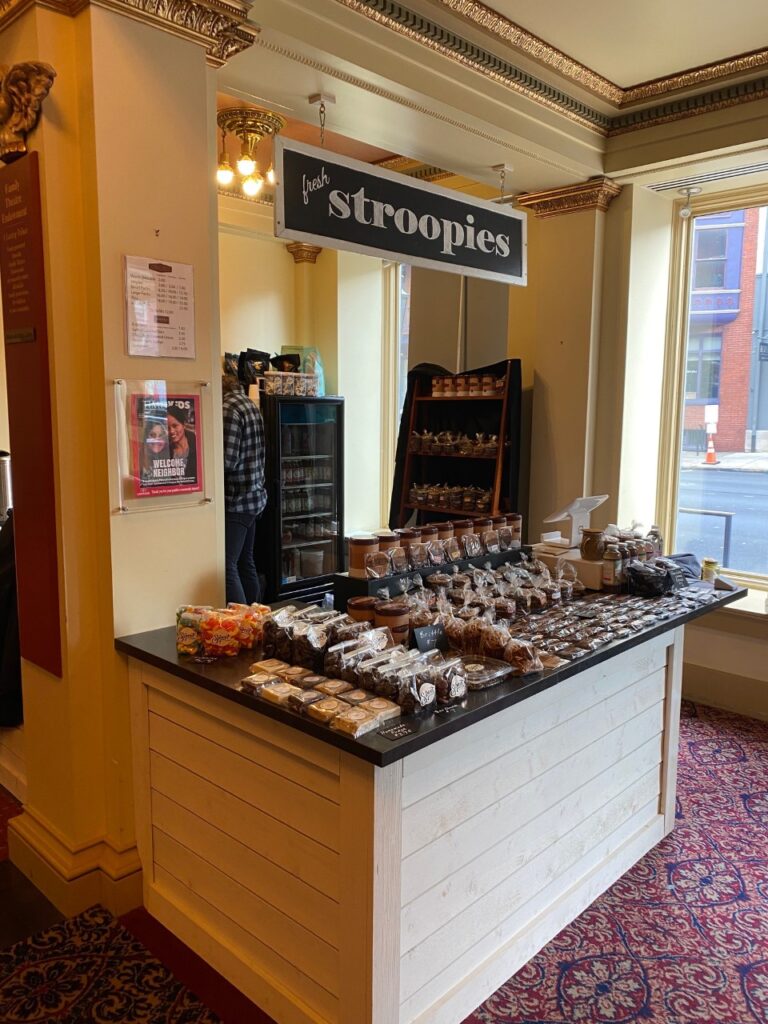 The Fulton's renovations include a concession stand run by The Stroopie Co. (Photo: Olivia Smucker) 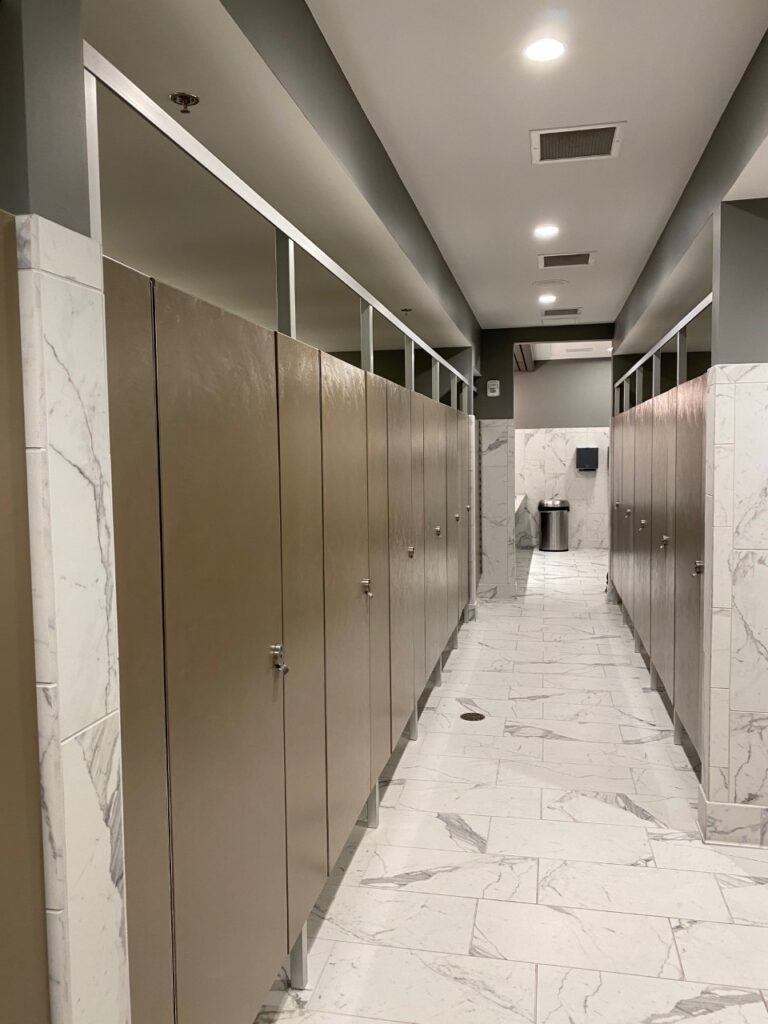 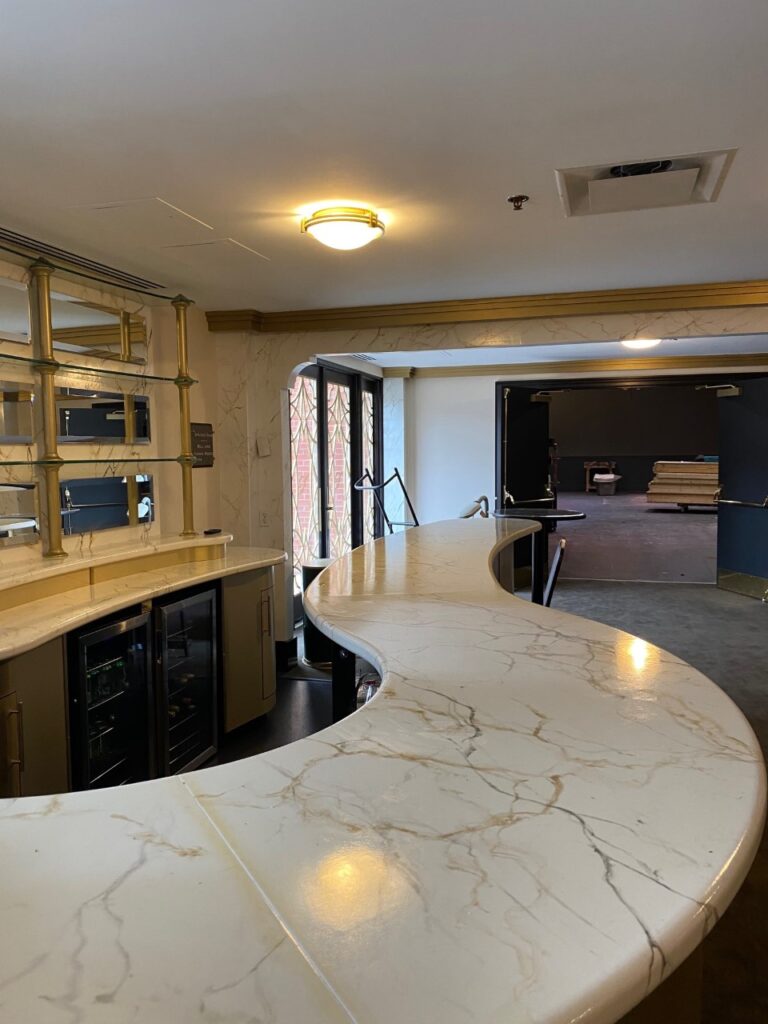 The new standing bar on the top floor of the Fulton, just outside the Tell Studio Theatre. (Photo: Olivia Smucker) 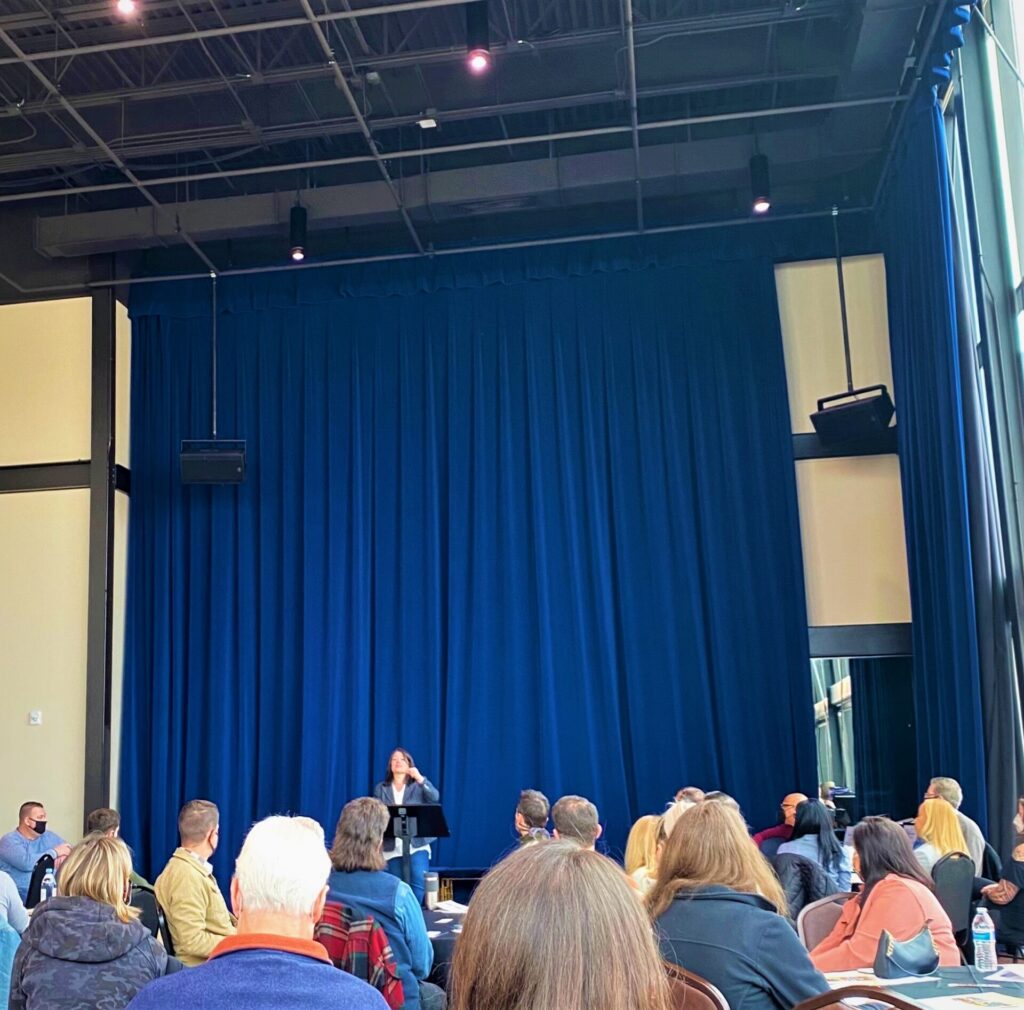 As patrons ascend the stairs to the second floor for mezzanine seating, they are greeted by posters lining the staircase from performances dating back to the theater's opening in 1852. On the main landing there is a second  bar and lounge space called the Gardner Family Lobby, funded by Oaktree Development Group.

An expansion of the Gardner Family Lobby takes up the second floor of Culliton Tower. The Rodgers & Associates Producers Circle Lounge is open to donors who give more than $1,000 a year and is "designed to look like an old-fashioned men's club," Hackmann said

The room includes an 1888 sideboard, small bar, working fireplace and stage furniture used during the Fulton's productions of Agatha Christie's And Then There Were None, Mousetrap and Murder on the Orient Express.

Featured on the adjacent wall is a painting by Lancaster artist, Roger Bacharach, depicting a group number from the winter 2019 production of Peter Pan, one of the Fulton's last shows before Covid-19 forced an 18-month hiatus.

"I just think [Bacharach's] pieces are incredible," said Hackmann. "We're thrilled to be able to feature that and also feature a really special show for us, especially as we navigate coming out of Covid."

One of the largest changes to the main stage was the purchase of a $1.6 million automation package for the lighting and sound, said Hackmann.

Before 2018, the Fulton Theater was one of only three "hemp houses" in the country, she said, meaning it had an old-fashioned rope and sandbag rigging system for backdrops and scenery. The automation allows for more elaborate stage effects, as can be seen in the current mainstage production, Cinderella.

The final stop on the tour was the newly finished, fourth floor Tell Studio Theatre and its adjacent lobby space. The lobby features a full bar with a marble countertop outside the black box-style theater, which hosts the Ellen Arnold Groff Studio Series, a package of four plays per season that deal with edgier, more challenging subject matter.

Previous phases of the Fulton's renovation and expansion included facade restoration, expansion of the main stage's backstage area and the construction of apartments for visiting cast. Including all phases, the work has cost roughly $30 million.

More information about the Fulton Theatre's renovations, performance schedule and more can be found on its website.