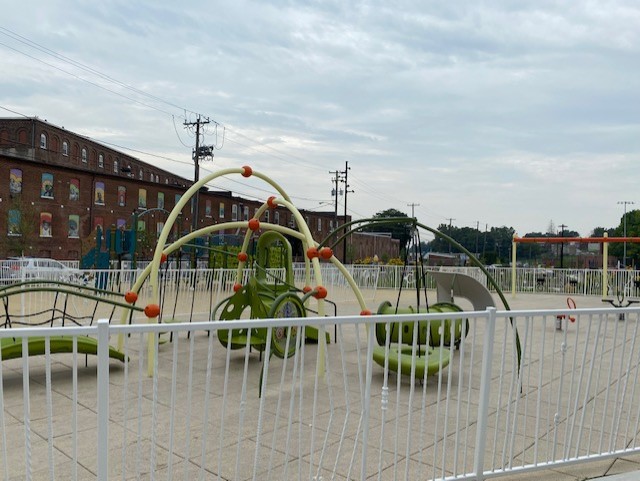 The waning of the pandemic and the start of summer has brought people out and about again, especially to outdoor spaces like the newly renovated Culliton Park in the Cabbage Hill neighborhood of Lancaster city.

Formerly named Farnum Park, the park was renamed and redone over the past year to become a more inviting place for neighborhood families to play. The reconstruction also made it more environmentally friendly, said Ryan Hunter, the parks and public property manager for the city of Lancaster.

"We pretty much redid everything on the entire footprint of the park," Hunter said.

The city worked closely with the SoWe neighborhood to gather input from residents on what they wanted in the redesigned park. It also worked with local artists, both as another means of gathering input and to incorporate public art into the design.  The art was funded in part by the Lancaster County Community Foundation.

The park features a brand-new playground, a shallow pool for children, increased walkway lighting, a renovated baseball field, a shaded pavilion and an eco-friendly basketball court.

The court is now made of "pervious" pavement, said Hunter, which means that water can move through the pavement rather than running in gullies down the sides, which causes erosion and flooding.

"Anything the city does now is going to have energy conservation and sustainability as the foremost concerns," he said.

Other sustainable additions to Culliton Park include a rain garden incorporating native plants. They are suited to pollinators and the landscaping is strategically placed to collect stormwater runoff.

The neighborhood returning to play

The city sought to upgrade the amenities of the park in a sustainable way, but also to make the park a safe, welcoming place for people to take their kids, Hunter said.

Because the park's renovations were finished during the wintertime — and Covid-19 distancing rules were in place — the park didn't start seeing visitors return in large numbers until spring.

"When spring first broke, we had hundreds of people here every night," said Hunter. "We were thrilled!" 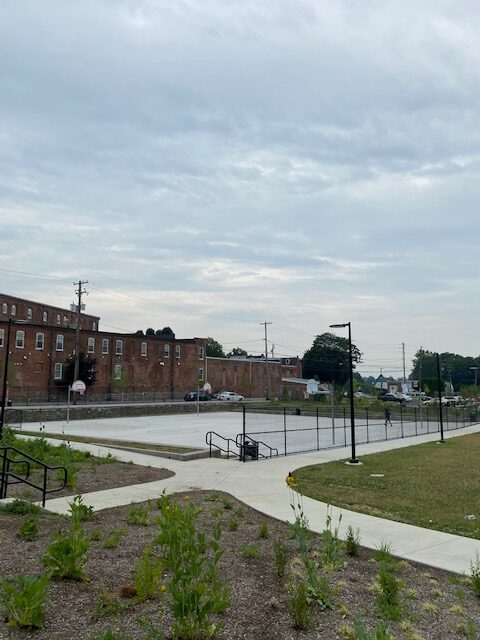 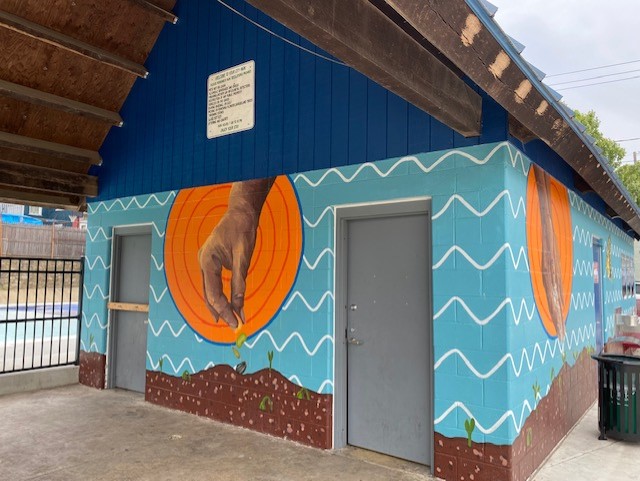 The Culliton Park pavilion, just the the right of the pool. Art is by local artist, Salina Almanzar. (Photo: Olivia Smucker) 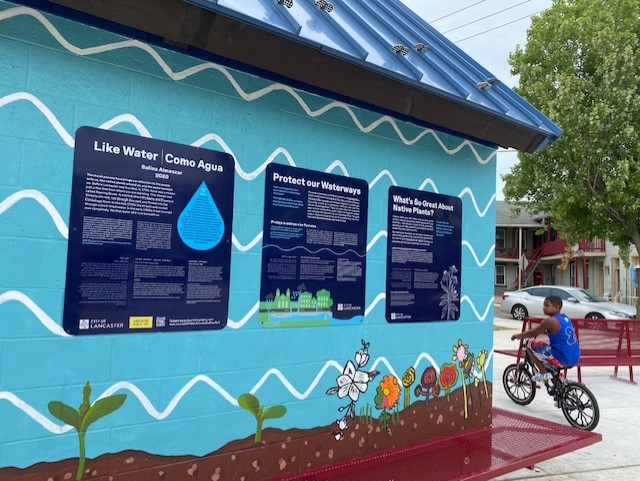 Signs on the pavilion wall explain the importance of waterway and native plant conservation in both English and Spanish. (Photo: Olivia Smucker) 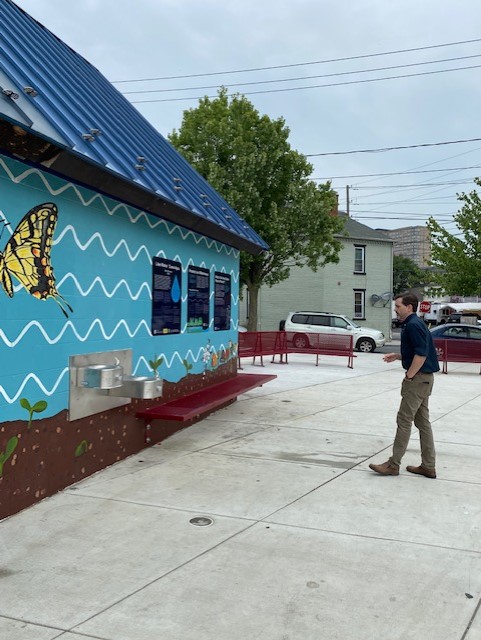 Ryan Hunter explaining the art and intentions of the park. (Photo: Olivia Smucker) 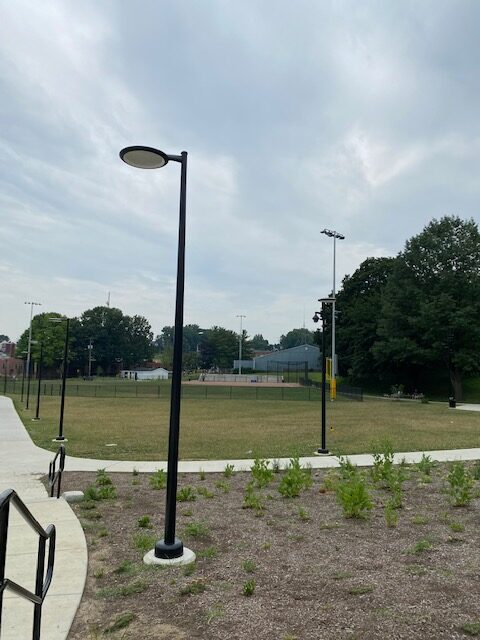 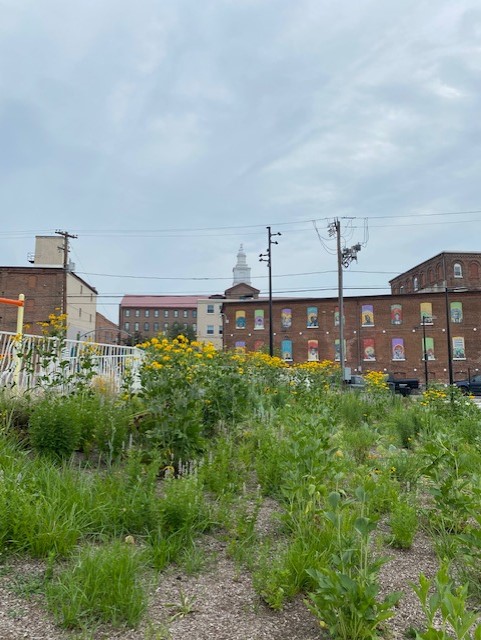 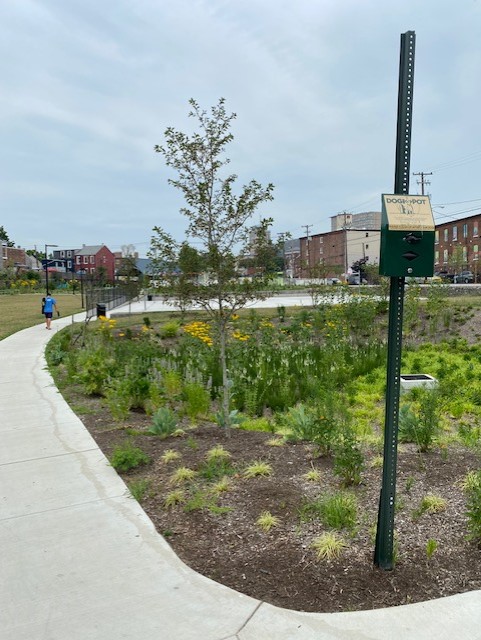 There was an "identified need for a large park improvement in this section of the city" within the past five years, said Hunter, but nothing was really planned until the Culliton family made a significant endowment to the city with the expressed intention of rehabilitating the park, he said.

While most of the funds have already gone into rehabilitating the park, the city also acquired an additional piece of land near the northwest corner of the property, formerly the Rostolsky Recycling facility, which relocated.

The city will gather community input and develop a conceptual design over the rest of the year, Hunter said. A final design and construction are contingent on funding being available, he said.