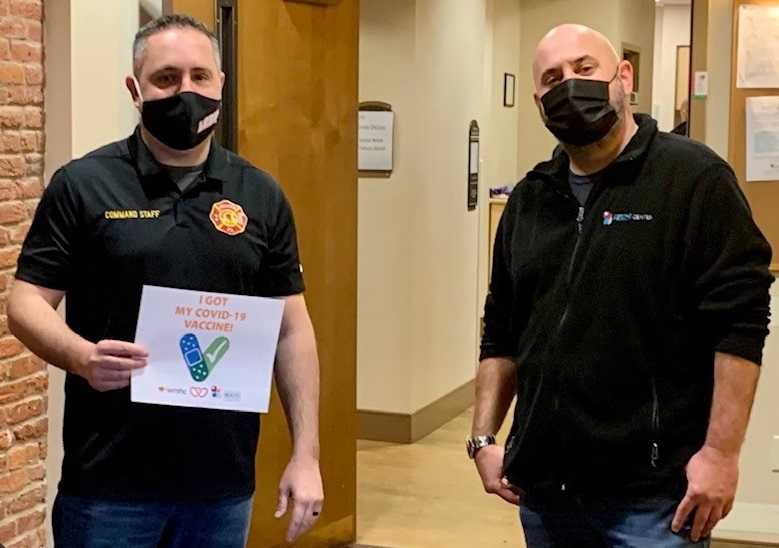 Lancaster city Fire Chief Scott Little, left, displays his "I Got My Covid-19 Vaccine" sign after his vaccination at the Lancaster Health Center on Saturday, Jan. 2, 2020. He is accompanied by James Reichenbach, the center's chief mission advancement and community programs officer. (Photo: Provided)

Lancaster County's emergency medical technicians are starting to get their Covid-19 vaccines.

They are coordinating directly with emergency management service providers through the Lancaster EMS Council to schedule vaccinations, Colvin said. There are 18 such agencies listed on the county's 911 county-wide communications website.

In all, Lancaster County has about 1,500 certified emergency medical technicians, Colvin said. Some may decline the vaccine, he noted.

The delivery of the vaccines — and thus, the timeline for the vaccinations — is in the hands of the federal government, and local officials aren't in the loop. Because of that, Colvin declined to speculate on how long the process might take, saying, "I would not even want to venture an estimate."

As health care workers, EMTs are included in Phase 1A, the first phase, of Pennsylvania's Covid-19 vaccination plan. On Dec. 30, Health Secretary Dr. Rachel Levine issued an order, which took effect today, requiring health organizations receiving vaccine shipments to reserve at least 10% for EMTs and other health care personnel who are unaffiliated with them.