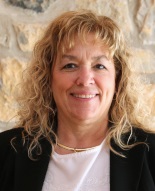 Michelle Ingham is worried about that many people will be in for an unpleasant surprise when they complete their tax returns for 2020.

Ingham is the director of financial stability at the United Way of Lancaster County. She oversees the Volunteer Income Tax Assistance program, VITA, which prepares thousands of clients' tax returns for free every year.

This year was unlike any other, she said, in ways that "could potentially have a significant impact on our clients. I worry that many of them who typically receive a refund will receive less, or could owe."

A big part of her concern has to do with the Earned Income Tax Credit, or EITC. For low- and moderate-income workers, especially families with children, the EITC can provide a substantial refund at tax time. In 2019, nearly 1 in 5 VITA clients claimed the credit.

The coronavirus pandemic, however, threw millions of people out of work and onto the unemployment rolls. Unemployment compensation is taxable, but crucially, it's not earned income, so in principle it doesn't count toward the EITC.

"For many lower-income families, that will mean part of those UI (unemployment insurance) benefits will be clawed back in the form of a reduced EITC," writes the Tax Policy Center, a research center created by the Urban Institute and the Brookings Institution.

Consider a mother filing a return for tax year 2019 as the head of a household with two dependent children under age 18. If she had $18,000 of earned income, she would have been eligible for an EITC of $5,828, according to the Internal Revenue Service's online EITC Assistant. (As of mid-December, the EITC Assistant did not yet have calculations for 2020.)

If that shortfall is unexpected — say, for example, you were planning to pay off a credit card balance with it — the consequences could be severe.

Further complicating matters is that at higher income levels, the EITC gradually phases out, and in that range, unemployment compensation can count toward the EITC calculation.

"Would-be recipients with income in the phase-out range essentially calculate the credit twice," the Tax Policy Center says, "first based on their earnings, such as wages, and again based on their Adjusted Gross Income (AGI) that includes unemployment benefits. If their AGI is higher than their earnings, they get the lesser amount.

"This means that receiving UI benefits can decrease the EITC, but cannot increase it."

Then there's another issue: Withholding.

As part of the filing process, unemployment claimants can elect to have federal income tax withheld from their benefit — the rate is 10%, plus an allowance for dependents.

Clients may not realize they had to make that choice, and just assume their taxes were withheld. If so, the amount due on their Form 1040 may come as a shock.

Combine that with a lower-than-expected refund from the EITC, or no refund at all, and some taxpayers may get a substantially smaller refund or even owe money to the Internal Revenue Service.

On balance, most households receiving unemployment compensation will come out ahead, the Tax Policy Center said: That is, they'll receive more from unemployment than they will lose from a reduced EITC.

"But losing part of their refundable credit next spring will diminish the value of this year’s jobless benefits for many recipients," the center said.

People receiving unemployment can change their decision to withhold taxes or not at any time, Department of Labor & Industry spokeswoman Sarah DeSantis said. However, the change is only forward-looking, not retroactive.

Ideally, individuals receiving unemployment should be having their taxes withheld, Ingham said. Those that didn't elect to do so may want to begin setting aside some money, if they can, to be on the safe side.

"I just want people not to be surprised," she said.