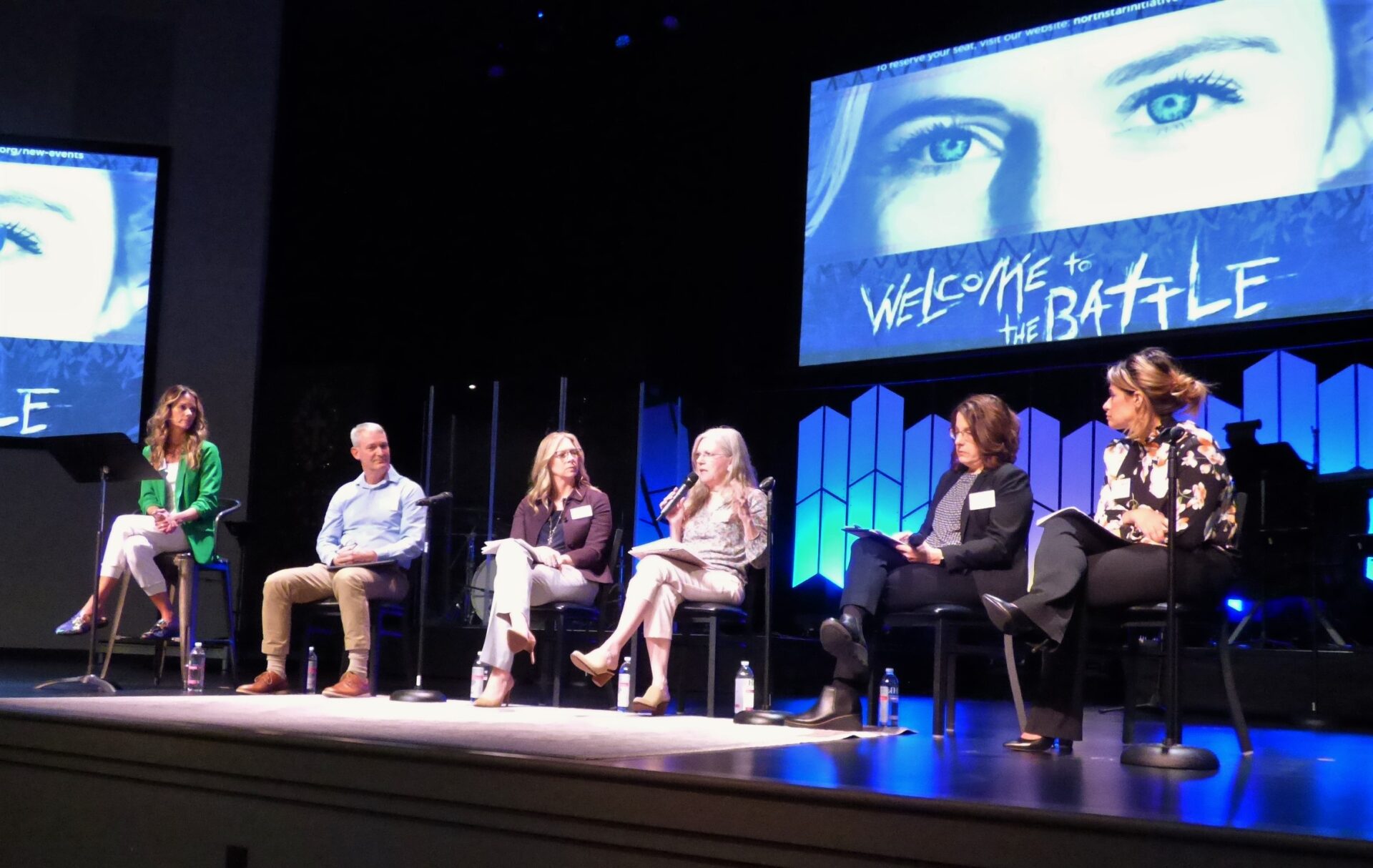 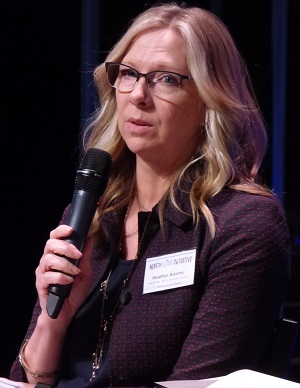 "We knew there was a need for it," Lancaster County District Attorney Heather Adams told her audience.

Adams was referring to the Lancaster County Human Trafficking Task Force. Formed on Jan. 11, National Human Trafficking Awareness Day, it provides a framework for combating what Adams said is the second largest criminal enterprise in the world, after narcotics trafficking.

It's a pervasive crime, and Lancaster County isn't exempt: "Any place with a highway and a hotel is going to be susceptible," she said.

Last week, Adams and task force coordinator Brad Ortenzi discussed the new coalition and its aims at "Welcome to the Battle," a panel discussion organized by North Star Initiative, a faith-based nonprofit that treats and supports survivors of trafficking.

North Star is one of two dozen members of the task force, which encompasses municipal police departments, other nonprofits, county agencies, state police and the Federal Bureau of Investigation. The group's activities fall into three categories: Law enforcement, victim services and community outreach.

Creating a coordinated, cross-disciplinary approach to combating human trafficking yields multiple benefits, Adams said. Police can collaborate across jurisdictional boundaries, while law enforcement and victim-services organizations can collaborate to ensure survivors receive appropriate support — an imperative in its own right, but also a practice that can increase women's willingness to testify against their traffickers, increasing the odds of a successful prosecution.

Last week, the district attorney's office announced the results of the task force's first prostitution sting, conducted March 10. An online ad was placed offering sexual favors for money; it yielded more than 100 phone calls. Fourteen of those callers showed up at an East Hempfield Hotel, where they agreed to pay a woman $80 to $200 for sexual acts. She was an undercover officer; all 14 were arrested and charged.

"We're targeting the demand," Adams said. That's what fuels the supply and leads to women and girls being victimized, she said. Amid applause, she announced: "We'll do this again. ... we're just getting started." 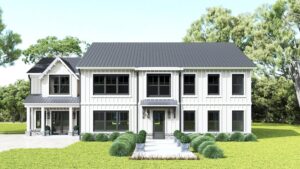 A rendering of The Survivor Center. (Source: North Star Initiative)

Organized a little over a decade ago, the North Star Initiative operates The Harbor, a residential program for women sex-trafficking survivors. Participants receive individually tailored counseling and training in life and job skills as well as medical and legal support.

"Our goal is for each survivor to leave The Harbor fully restored so she can return to the community and enjoy a life of sustained independence," the organization says.

Recently, North Star broke ground for The Survivor Center, a $1.2 million expansion project. When it is finished, North Star's administrative offices will relocate there, allowing for expansion of The Harbor's capacity from 10 to 18 residents; it will also provide space for outpatient restoration and treatment services.

The panelists sought to dispel myths about trafficking, cautioning the audience against taking TV and movie depictions at face value.

Traffickers and victims alike can come from any walk of life, they said. There are common telltale signs — women may show signs of abuse, malnourishment or drug use, and may avoid eye contact and social interaction — but no indicator is infallible.

"A lot of the victims I speak with are exactly like me," said Jessica Williams, state police Human Trafficking Task Force Coordinator for Eastern Pennsylvania.

"It can touch anyone anywhere," said Heather Castellino, senior state deputy attorney general.
Elizabeth Nolan, clinical director at North Star, advised people who suspect they may be seeing an instance of trafficking to "listen to the gut feeling." If something seems off, it probably is. Go ahead and report it, she said, so authorities can investigate. Don't try to interact with a suspected victim; if they are being trafficked, you'll only be increasing their danger.

The panelists said pimps' control over their victims is as much a matter of psychology as it is of physical threats and coercion. Traffickers can be husbands or boyfriends, and women can form strong emotional attachments to their abusers, Nolan said.

Teaching them that they experienced a "trauma bond," and that there are healthier ways to interact, is one of the main components of North Star's programming.

"The women come very broken inside," she said. 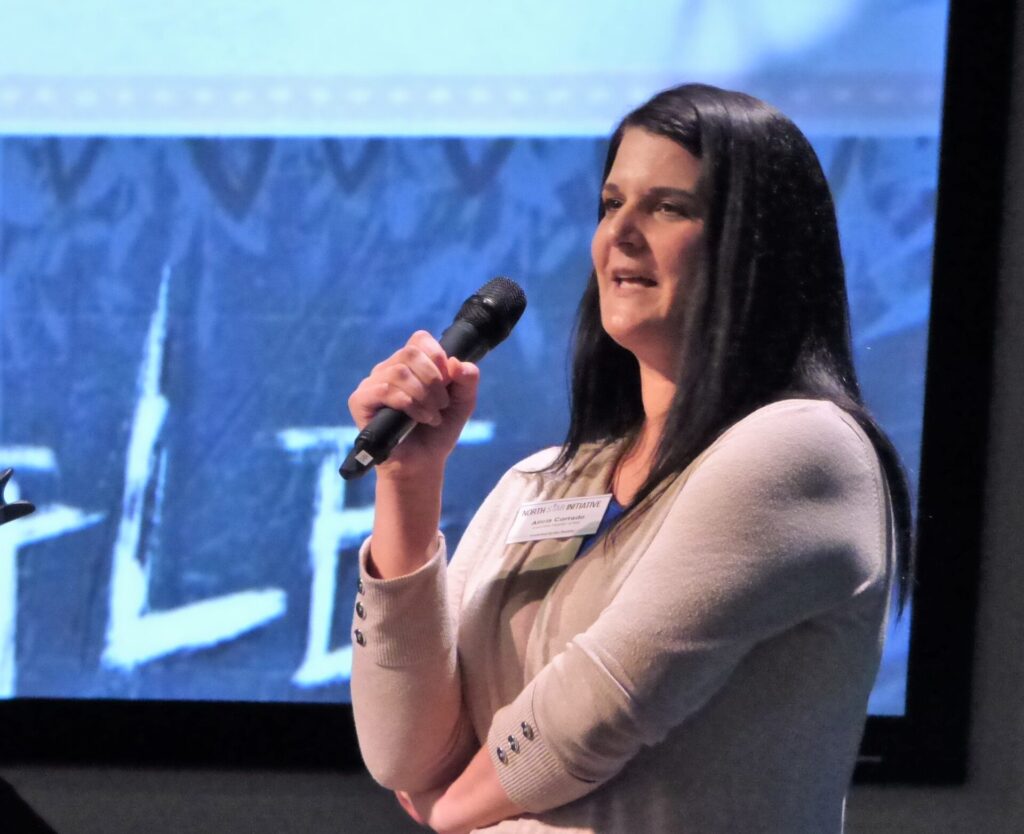 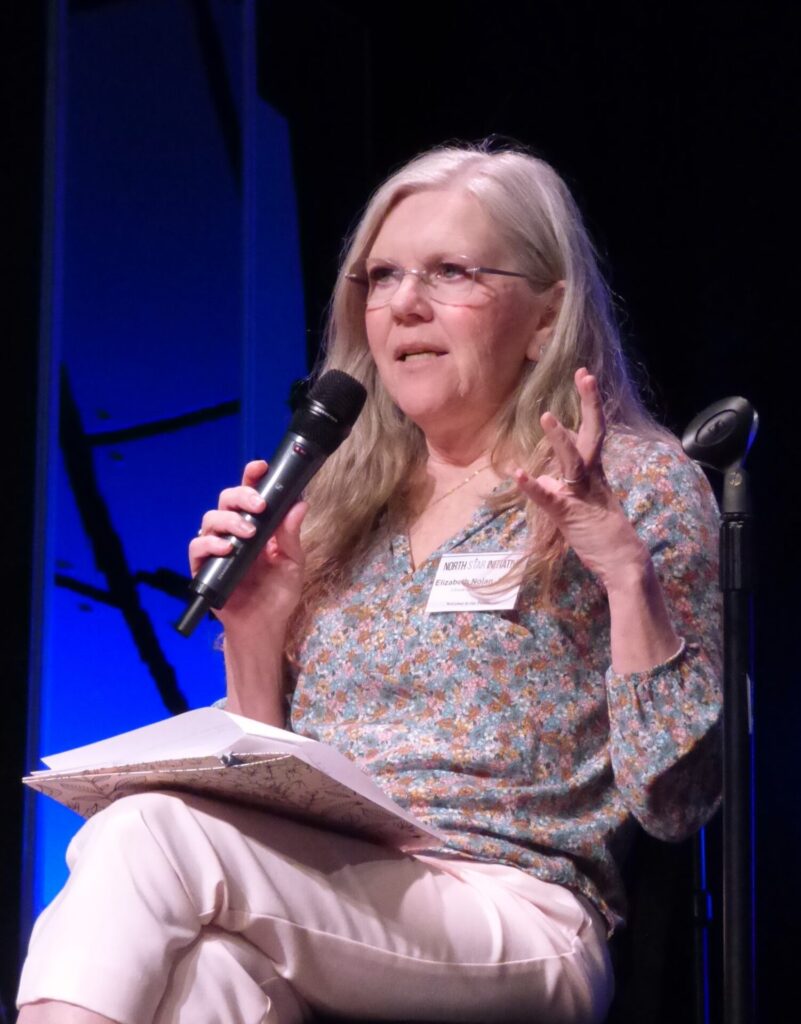 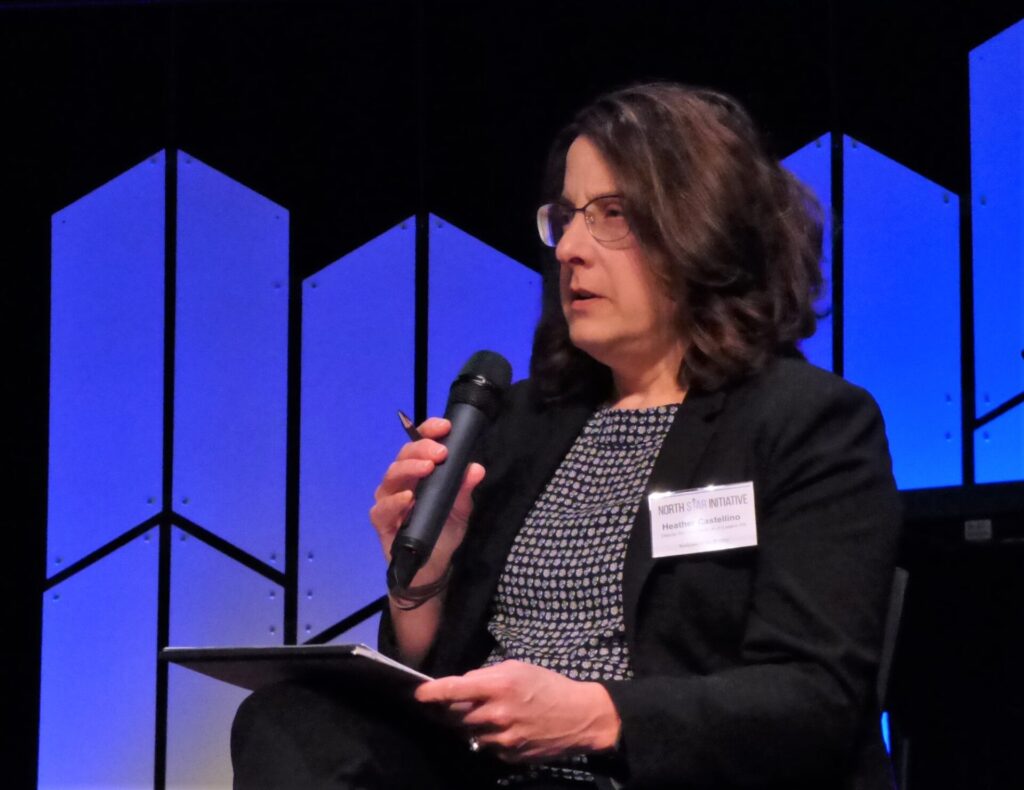 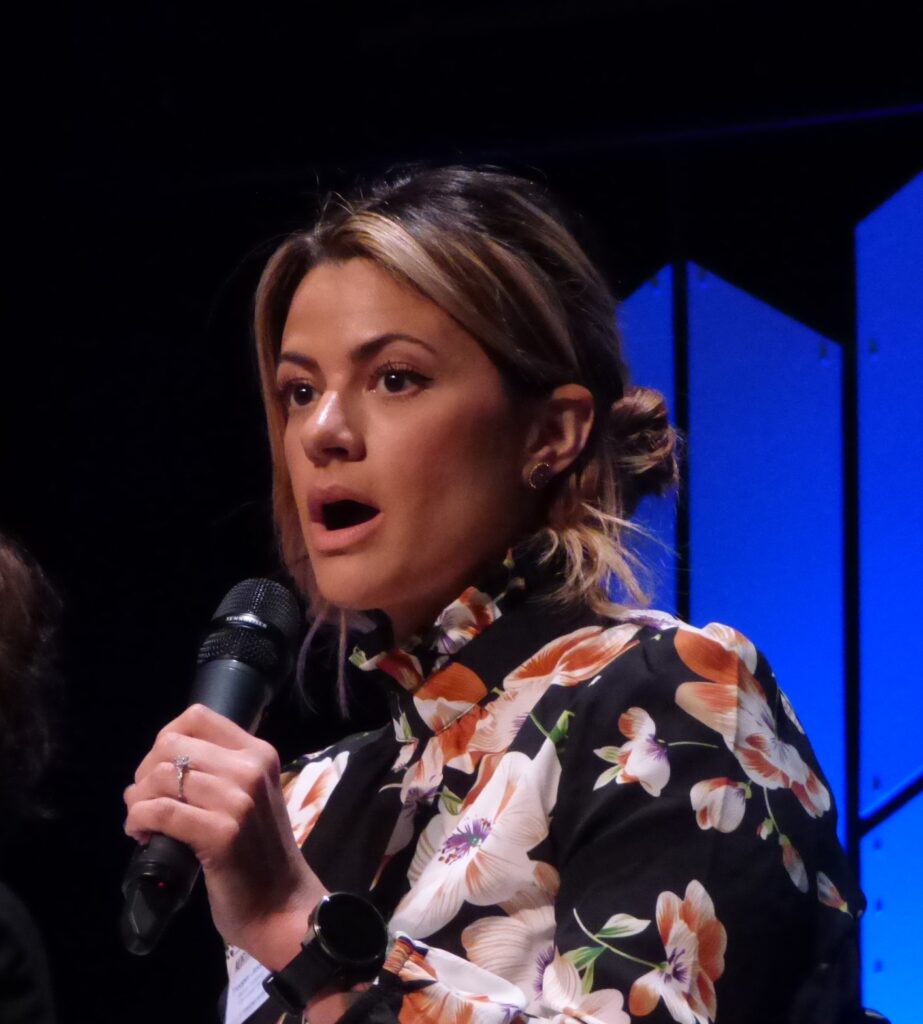 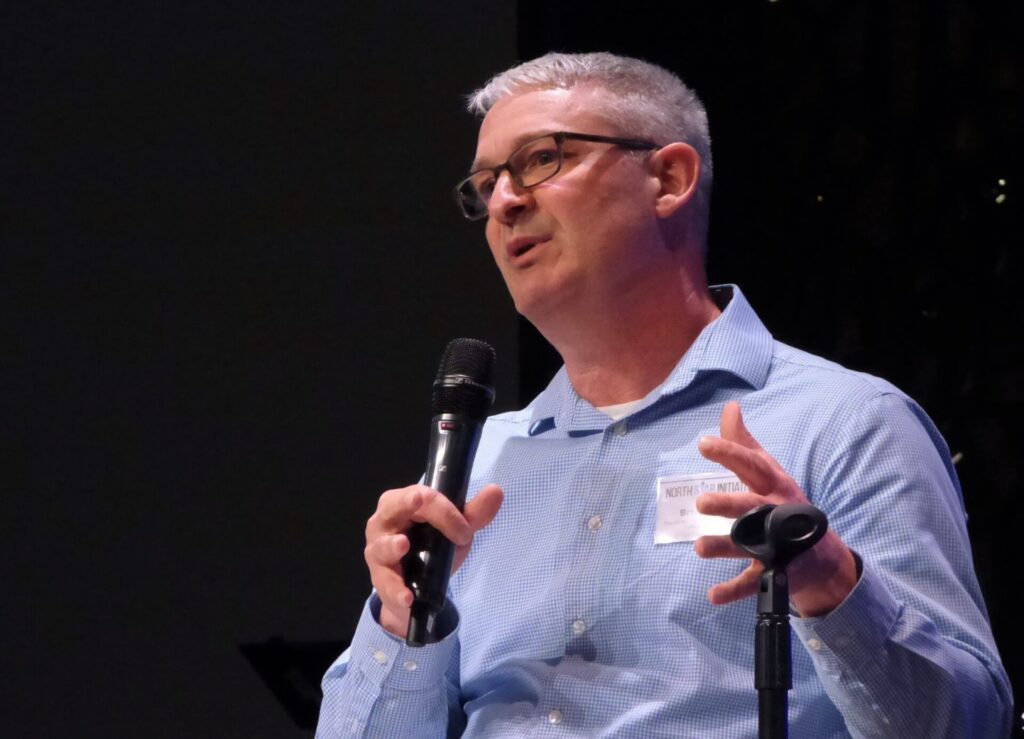