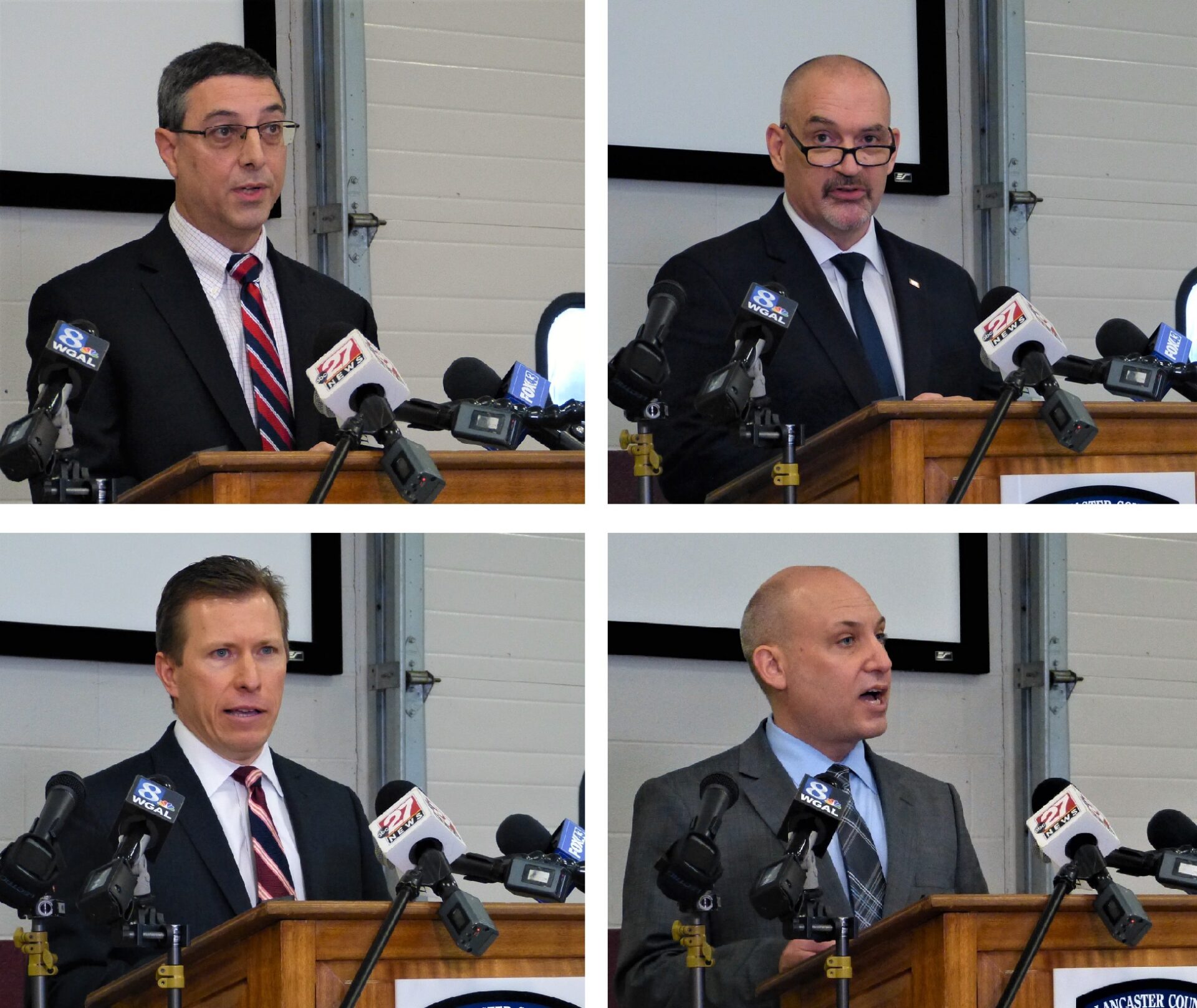 Lancaster County is prepared to open a centralized Covid-19 mass vaccination site, officials said Thursday, but only if and when the state Department of Health can assure the county that there will a large enough vaccine supply to make it worthwhile.

County Commissioner Josh Parsons, Ray D'Agostino and Craig Lehman said during a briefing at the county Public Safety Training Center that they understand public frustration over the vaccine rollout.

Last week, the state Department of Health, following U.S. Centers for Disease Control & Prevention guidance, abruptly expanded the current Phase 1A of vaccination to include anyone over age 65 or with a serious medical condition.

Doing so in spite of limited vaccine supplies, and without effectively communicating to the public or with local stakeholders, has led to confusion and exasperation on all sides as people call providers who don't have the doses to give them, Parsons said.

The commissioners said their top priority is ensuring every Lancaster County resident who wants to be vaccinated can be. But "it all depends on vaccine availability," Parsons said. "Availability is the primary factor right now."

Lancaster is currently administering 600 to 1,000 vaccines per day, and two shots are needed for full vaccination. At that rate, it would take about seven months to get through just half of the people now eligible, Ripchinski said.

Planning for a mass vaccination

The proposed mass vaccination site would supplement vaccination efforts already under way here, which include four health systems: LG Health, UPMC Pinnacle, WellSpan and Penn State Hershey.
The systems' efforts are ongoing, and can be ramped up significantly, even without the mass site, the commissioners and Ripchinski said.

The mass site would be able to handle around 5,000 clients per day. It would be an indoor facility, not a drive-through, so that patients can be monitored after their vaccination in case of side effects. There will be sufficient parking to handle the expected patient volume.

Besides the county and the health system, the Rock Lititz group of companies is involved in its planning and development, because of its expertise in logistics and constructing temporary installations.

The county has a site in mind, near the center of the county, but the commissioners declined to say where, because arrangements haven't been finalized. It is not the Rock Litiz campus, Parsons said.

A budget is being developed, but is not finalized, either. Parsons said the county has about $4 million available in CARES Act money left over from last year, and additional funding is expected from the $900 billion federal stimulus passed in December.

Ripchinski said 200 people have already volunteered to staff the center, and more are expected.

He acknowledged mass vaccination sites have opened elsewhere, such as Dorney Park in Lehigh County. Here, however, officials don't intend to move forward until they're confident of having enough vaccine to justify the effort and expense involved.

I don't want to open up a site and put 250 people a day through it," Ripchinski said.

Commissioner Ray D'Agostino said the site is "several weeks away," if not more, from opening; but that allows time for vaccine supplies to increase and stabilize.

Drawing on the analogy of a war on Covid, he likened the current phase to "planning for D-Day," and pledged: "This is the beginning of the end of Covid in Lancaster County."

State officials, for their part, have conceded that vaccine distribution has fallen short. They point to the federal government's Operation Warp Speed, which is supposed to handle distribution of the supplies produced by makers Pfizer and Moderna.

"Right now, Pennsylvania is dependent on how much vaccine the manufactures can produce," Pennsylvania Department of Health spokesman Barry Ciccocioppo said.

The Biden administration says the Trump administration largely ignored the issue of distribution, a shortfall they are trying to correct. They have pledged to increase volume by at least 16% next week.