A vote on the guidelines was originally on the agenda for the board's Wednesday meeting. The decision to postpone was made at Tuesday's work session after the commissioners heard more than an hour of public comment, much of it from leaders of community benefit organizations hoping to secure a portion of the funding.

The speakers expressed a range of criticisms and concerns: That the draft guidance wasn't clear enough; that the parameters it did set weren't feasible; and that the county was missing a chance to think strategically about how to fund initiatives that would be truly transformational.

Commissioner Ray D'Agostino said he appreciated the feedback and the ideas that were being suggested.

He also expressed bemusement about some of the criticism, saying the county had deliberately kept the guidelines as minimal and flexible as possible in order to give organizations maximum leeway to develop projects as they see fit.

It has committed a little under $16 million of that so far, mostly to revenue replacement and salary and retention bonuses, Director of Budget Services Patrick Mulligan estimated on Tuesday, leaving a little over $90 million unallocated.

County government will use a "sizeable" portion of that amount itself, though how much that might mean has yet to be specified. When the county received its CARES Act funding, it provided the majority of the $97 million to the community; accordingly, it's fair this time around to put its needs first, the commissioners have said.

Lancaster County has set up an ARPA page on its website. It has draft versions of the guidelines for community ARPA requests that the commissioners discussed Tuesday and the form that applicants will use.

'Skin in the game'

The guidelines list seven priority areas for funding, such as infrastructure, clean water and disease mitigation. The seventh category is affordable housing; it was inadvertently omitted in the first draft, D'Agostino said.

The county must allocate all its ARPA money by the end of 2024 and it must be spent by the end of 2026. That latter deadline isn't explained in the draft guidelines, but it should be, Commissioner John Trescot said.

The guidelines require projects to have matching funds, and that all funding sources "be identified and committed." Trescot questioned that provision, noting it's something the county added, not a part of the ARPA law.

It's intended to ensure that organizations have "skin in the game" and that they can complete their projects before ARPA sunsets, D'Agostino said. 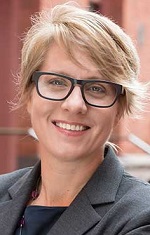 Dana Hanchin, president & CEO of housing nonprofit HDC MidAtlantic, called on the commissioners to reserve $10 million for affordable housing. It would relieve the county's "incredible" shortage and would support workforce and economic development, she said.

She suggested the commissioners appoint the Lancaster County Redevelopment Authority or another "trusted partner" to administer it. Andrew Szalay, president & CEO of Lancaster-Lebanon Habitat for Humanity; and Mike McKenna, executive director of Tenfold, echoed her proposal.

Hanchin asked the commissioners to be flexible in their requirements for matching funds. Putting together financing packages is complicated, and it may not be possible for ARPA to be the last piece put in place, she said. 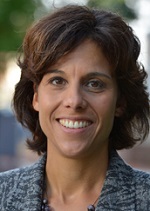 Lisa Riggs, president of the Economic Development Co. of Lancaster County requested the same amount, $10 million, for broadband infrastructure. She, too, pleaded with the commissioners to rethink the guidelines' matching-funds requirement and the county's plan to accept applications on an ongoing, rolling basis.

There are millions of dollars of state and federal broadband infrastructure grants coming down the pike, Riggs said, but they are a work in progress. It could easily be 18 months before anyone will be in a position to say how big a local match might be needed to leverage them; or what a suitable public-private partnership with an internet service provider might look like.

Accordingly, insisting that ARPA funds be "last in" — that is, that all the other components be in place — would foreclose any opportunity to put together a broadband initiative, she said.

Commissioner Josh Parsons took exception to that, calling Riggs' categorical statement "strident" and "clearly not accurate." Riggs restated her point, saying EDC is "very concerned" the county would appropriate all its ARPA funds before a sufficiently fleshed-out proposal for broadband funding could be developed.

D'Agostino said the idea of accepting applications on a rolling basis was intended to "get the community thinking" and possibly uncover some promising projects to start on. In light of the feedback, it could be revised, he said: "That's why we have these community conversations."

ARPA, he said, is a once-in-a-generation chance for Lancaster County "to assess its broadest needs for the greatest impact for the longest term." He asked the county, once it finalizes the guidelines, to set up informational meetings with potential applicants so they can understand as much as possible what the county is looking for.

Organizations are free to collaborate if they want to, Parsons said, but conversely, there's no reason ARPA couldn't fund a collection of small projects.

"A lot of what we're hearing today is philosophical, right?" he said. Advocates of "giant projects," he said, are coming from a liberal perspective in which "big government comes in and solves everything," a la Franklin Delano Roosevelt and the New Deal.

He and D'Agostino, he said, were elected as conservatives, committed to the view that government's proper role is more limited: "People can do for themselves; sometimes government can help."

"If you want a project, then it ought to align philosophically with the majority of the board of commissioners," he said.

Introducing revised guidelines at next week's Tuesday work session would allow an approval vote at the regular meeting the next day, April 13.

The county similarly took an extra week to develop its guidelines for distributing CARES Act funds in response to feedback, D'Agostino noted.