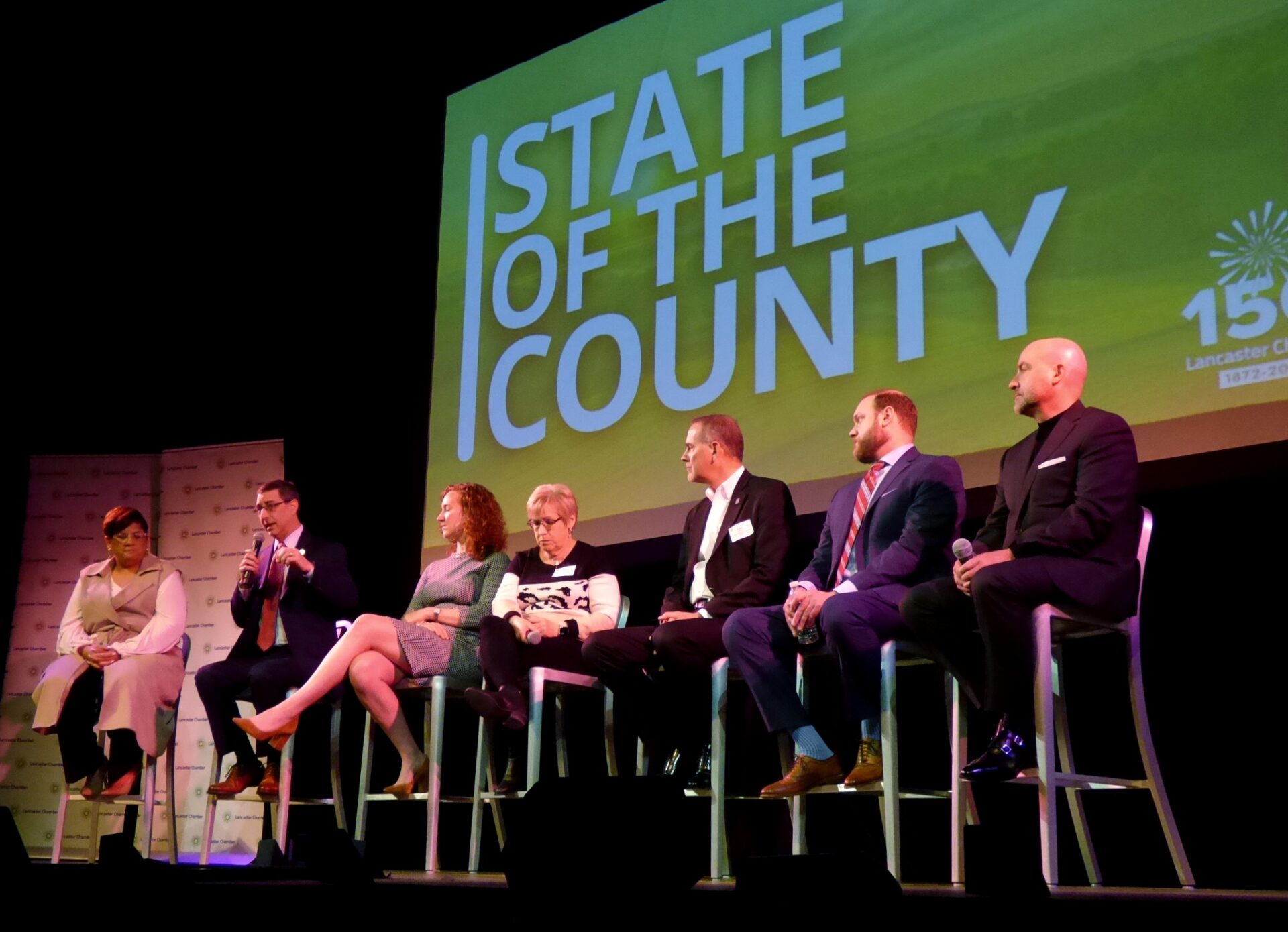 County Commissioner Ray D'Agostino, second from left, answers a question as his fellow panelists look on during the Lancaster Chamber's State of the County forum at the Fulton Theatre on Thursday, March 24, 2022. (Photo: Tim Stuhldreher)

"It's vitally important to have that connectivity," Fulton Bank's Matt Brennan said during the Q&A portion of the Lancaster Chamber event. The internet has become so essential that every company is a tech company in one way or another, he said.

His fellow panelists chimed in, calling access a vital factor in commercial site selection and homebuying and in business generally. Scott Fiore said his staffing agency TriStarr has had cases in which it couldn't place candidates in certain jobs because their connection wasn't fast enough.

Fiore said he thinks the county should get involved, noting the federal funds it has received: It has around $100 million in American Rescue Plan Act funding, and broadband is one of the eligible uses.

The county can be a partner on broadband, but it's a private-sector issue, so "we're not going to lead," County Commissioner Ray D'Agostino said. It's not a topic that's been raised with the county before now, he said.

Broadband access is an equity issue, said Vanessa Philbert of Community Action Partnership of Lancaster County. Disadvantaged households are often short on time as well as money; when a hard-pressed single mother can work remotely or meet on Zoom with her child's teacher, that "helps to close the gap," she said.

On the affordable housing crisis, a topic also raised during the Q&A, the panelists had a plethora of ideas.

The development process has become far too cumbersome, said Realtor Tom Blefko, which leads to less inventory and higher prices.

Targeted incentives could inspire more of those households to take the leap into homeownership, he said: The cost would be a fraction of that needed to subsidize new units, and families would not only free up affordable rental capacity but would be building their own equity and wealth.

Philbert said she doesn't question the data Blefko presented earlier on median home affordability, but it doesn't mean there isn't an affordability crisis for the working poor. Housing is generally considered affordable if it costs no more than 30% of income. The clients CAP sees are paying more than that, she said.

Added Fiore, alluding to the multiplicity of zoning restrictions among county municipalities: "I think you also have to put the buildings where the jobs are."