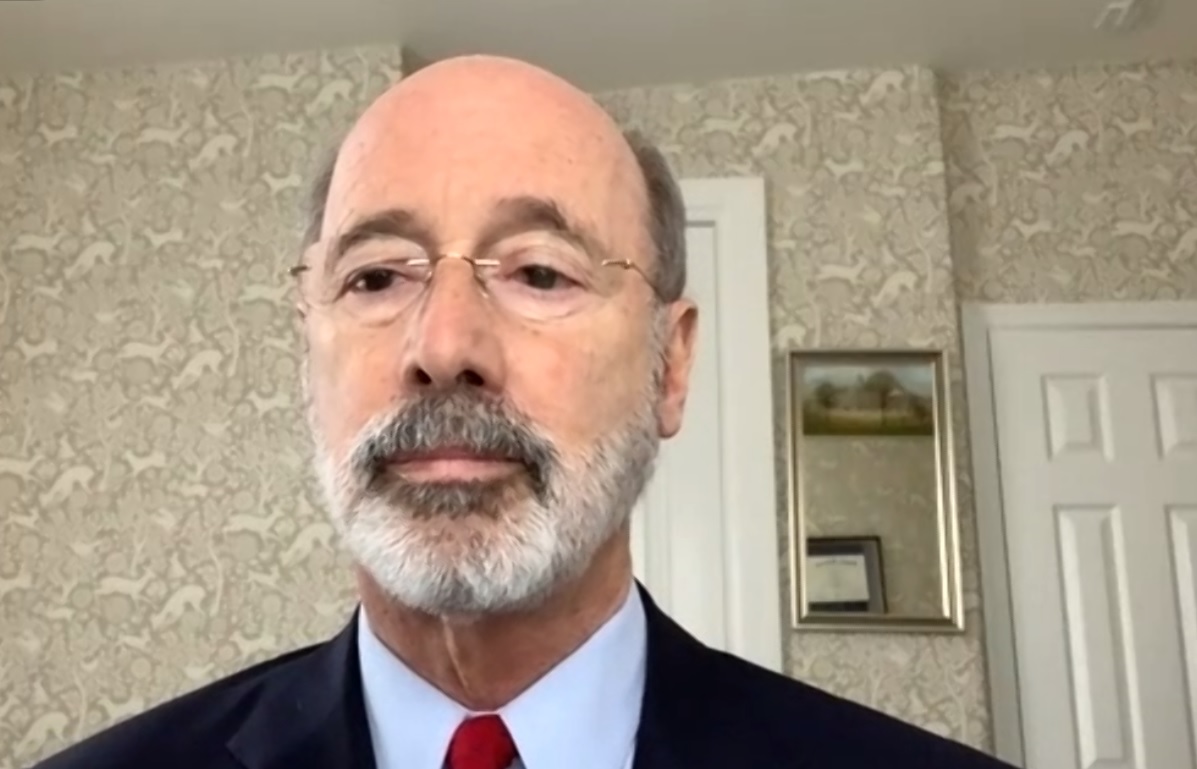 "We need to slow the spread right now to save lives," Wolf said. "If we don't, we'll be in big trouble."

By the numbers: Covid-19

Pennsylvania is contending with a major surge in Covid-19 cases, as is the rest of the United States. Statewide, there were 11,972 new cases Thursday.

The pandemic are filling Pennsylvania's hospitals to capacity, Levine said. The count of Covid-19 inpatients currently stands at 5,877, and many hospitals have few ICU beds "if any," she said.

Pennsylvania's case count has roughly over the past 30 days. Health experts expect the numbers to continue to rise sharply in coming weeks.

Studies have shown how readily coronavirus spreads indoors, said Professor Meda Higa, a virus researcher at York College. But "proper mask usage can work," she said, provided individuals wear them conscientiously and cover both the nose and mouth.

That, coupled with distancing and handwashing, can reduce risk, she said: "Believe in the science, please."

Wolf himself tested positive for Covid-19 on Tuesday. That, he said, shows that even individuals who follow "every precaution" aren't guaranteed to avoid the illness.

He said he feels fine and has since tested negative, but is continuing to isolate himself until he is given the all-clear.

"I know this has been hard on businesses," Wolf said. He said the pandemic has been "crushing" for bars and restaurants, and praised the majority for being "highly conscientious" in abiding by state guidelines and doing their best to keep their patrons safe. Unfortunately, "Covid thrives where people gather," and there's no getting around that, he said.

Congress, he said, needs to step up and pass the Restaurants Act to secure the industry the aid it needs.

“I recognize we are facing a serious resurgence of Covid-19 and our health care systems are struggling to keep up with the increased demand; however, job-crushing, harmful government mandates are not the answer. ... Instead, I appeal to each person in this Commonwealth to follow common sense and listen to the advice of health care professionals," Benninghoff said.

Wolf said the current surge appears to stem largely from Thanksgiving travel and gatherings. Asked why he didn't impose stricter measures earlier, he said he thought the state's measures were sufficient, and suggested that the potential for an exponential surge was not foreseen — though health experts had warned of the risk ahead of the holiday.

While the near-term outlook is dire, "there is light at the end of the tunnel," with vaccine distribution imminent, Wolf said.

"This is something that we've got to get through so we can get back to life as we want it to be," the governor said.