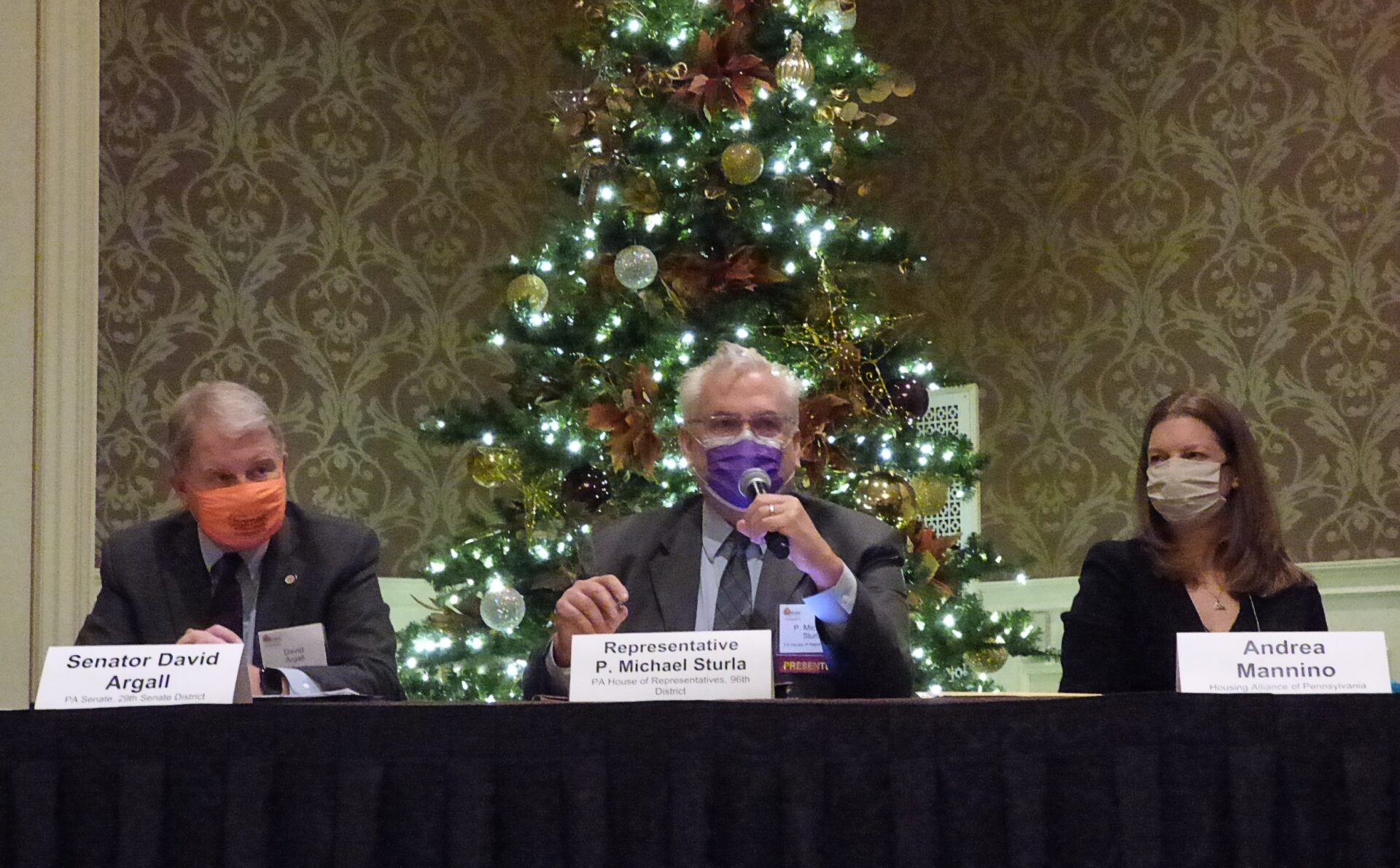 "I have never agreed with (state Rep.) Mike Sturla more than I did in the last 10 minutes," state Sen. Dave Argall quipped Wednesday.

Argall, a Republican, and Sturla, a Democrat, were discussing the never-ending battle to combat blight and revitalize communities. They were speaking to an audience of professionals from nonprofits, government and the private sector at the Housing Alliance of Pennsylvania's "Homes Within Reach" conference.

Argall chairs the bipartisan, bicameral Blight Task Force. Today's partisan divisions are notoriously sharp, but blight affects Republican and Democratic districts alike, he said, so it's not so strange that he and Sturla see eye to eye on the issue.

"Blight seems to have done the impossible here in Pennsylvania," Argall said: "Democrats and Republicans, House and Senate members, actually working together."

One recent accomplishment: Act 33 of 2021, which took effect Aug. 30. It requires corporate entities to disclose their principals' names and contact information in order to bid on properties in delinquent tax sales, and to sign affidavits affirming they have no past-due tax or utility bills. That way, bidders with a history of unpaid debts can't hide behind fictitious business names.

Sturla, the minority chair of the House Urban Affairs Committee, said legislators are putting together an 18-bill package of anti-blight measures — 16 House bills and two Senate ones. It will likely be introduced in early 2022, he told One United Lancaster.

The various bills would, among other things, create a grant program to help municipalities improve code enforcement; allow local governments to assess fees on vacant properties to fund blight remediation; and give land banks greater scope to acquire blighted properties and partner with other entities to remediate them.

The Blight Task Force is eager to keep chipping away at the problem, Argall said. Legislators heed local input, he said, advising attendees to cultivate good relationships with their districts' lawmakers.

Still, Sturla said, the most the state can realistically do is provide localities the tools they need. The real work has to be done at the local level, property by property and block by block.

Both men used their own districts to illustrate the challenges. Argall represents Schuylkill County and northern Berks County, areas where the retreat of the anthracite coal industry has led to disinvestment and depopulation.

For municipalities, that's a vicious cycle: To mitigate it, they need policy tools to keep as many of their houses inhabited and in good repair as possible; and a funding mechanism for demolition when it's the only viable option.

Sturla represents Lancaster city. These days, "we are a hot place to be," he said, but its renaissance was decades in the making: In the 1980s, the city was "a desert," with a million square feet of vacant real estate in downtown alone.

No single effort brought the city back, he said: It took "a thousand things," with government, business, nonprofits and individuals all doing their part. It takes years, and "you're never done," he said. Like other cities, Lancaster must now contend with the repercussions of the coronavirus pandemic: Its restaurant industry, one of the drivers of its downtown comeback, was hit hard, while a shift to remote work weakens the market for downtown office space.

There's no one-size-fits-all solution to fighting blight, Argall and Sturla agreed. Each community must play to its own strengths and unique assets.

It's great, Argall said, when you can show an old friend around a community that has changed for the better. Blight is contagious, he said, "but so is the antidote."

The conference, held at the Hershey Lodge, continues today and Friday. (Registration has closed.)