Gov. Tom Wolf speaks at the Millersville branch of Lancaster EMS on Thursday, July 30, 2020. (Source: Office of the Governor) 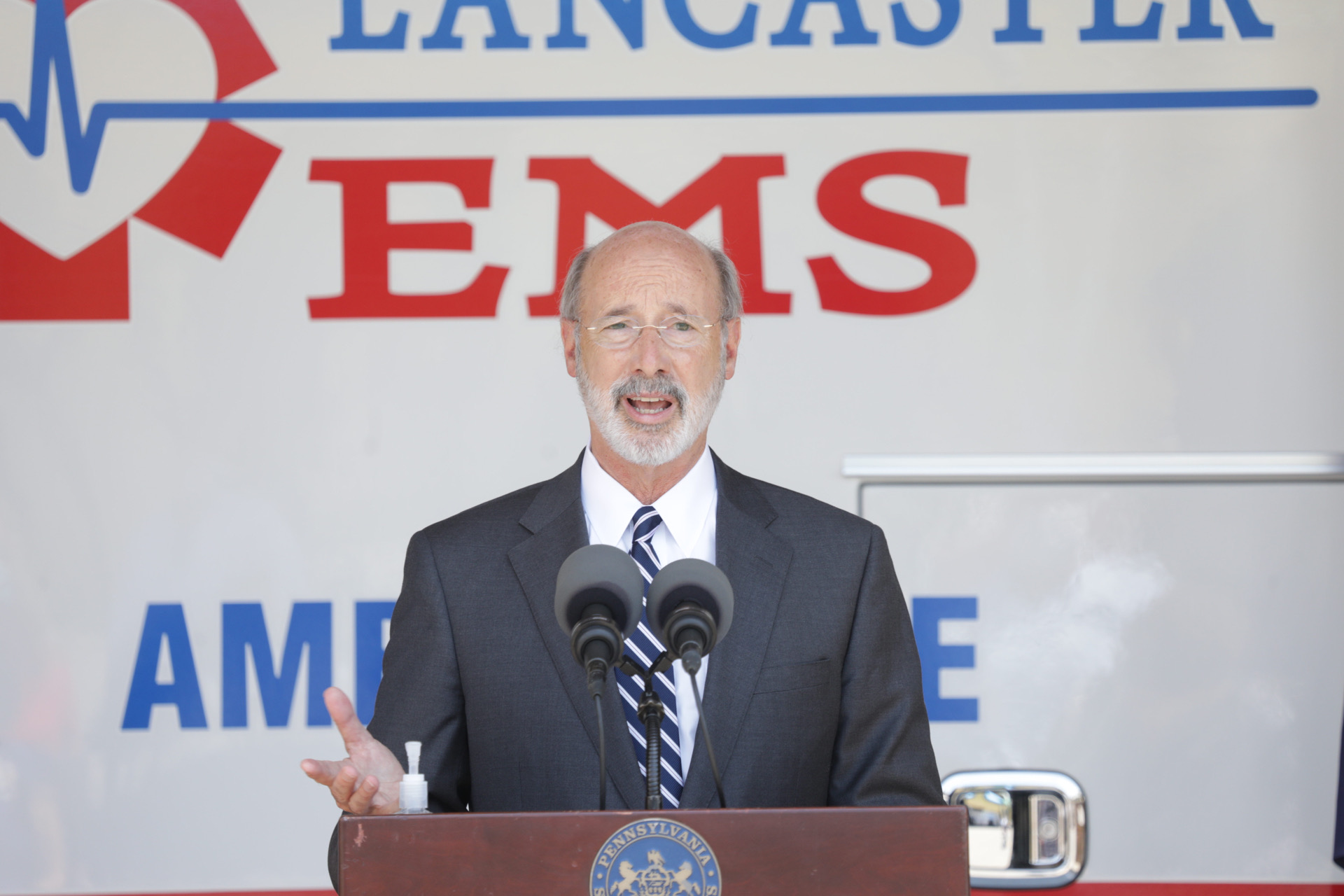 Gov. Tom Wolf speaks at the Millersville branch of Lancaster EMS on Thursday, July 30, 2020. (Source: Office of the Governor)

A federal appeals court stayed the lower court order declaring Pennsylvania’s Covid-19 gathering limits unconstitutional. This means that the limits will remain in place while the lower court’s order is on appeal.

On Sept. 15, a federal district court in Pittsburgh declared the gathering limits to be unconstitutional, along with Gov. Tom Wolf’s now-suspended stay-at-home and non-life-sustaining business closure orders.

The governor then asked the U.S. Court of Appeals for the Third Circuit for a stay, arguing that the district court’s decision misapplied Supreme Court precedent, was based on a selective review of the record, and “will undoubtedly cost lives.”

The plaintiffs – four western Pennsylvania counties, four state and federal politicians, and several small business owners – opposed the stay request. They argued that other decisions upholding parts of the governor’s Covid orders were not based on a full factual record like this case and that the district court correctly distinguished the Supreme Court precedent relied upon by the governor. The plaintiffs also contended that the governor was attempting to remake the record by relying upon sources not cited in the district court.

The plaintiffs were joined by eight Republican leaders of the Pennsylvania House of Representatives and the Eagle Forum Education & Legal Defense Fund, a conservative nonprofit that advocates for limits on government power, both of whom filed amicus curiae briefs in opposition to the stay request.

On Oct.1, the court of appeals issued an order granting the governor’s motion for a stay. This means that the 25-person limit on indoor events and 250-person limit on outdoor events will remain in effect while the district court’s order is on appeal.

The court of appeals did not issue an opinion explaining the rationale for its order.

The appeal will now proceed with briefing on the merits and potentially oral argument. That process and a decision on the appeal are at least several months away. The gathering limits will remain in effect until the court of appeals issues a decision.

The information above is current as of Oct. 2. Because Covid-19 response measures on all fronts are continually evolving, individuals and organizations should stay alert to new developments and consult with legal counsel on any critical questions.

Jason G. Benion, Esq. is the chair of the Saxton & Stump law firm’s Death Care Group and a member of the Commercial Litigation and Business and Corporate groups.