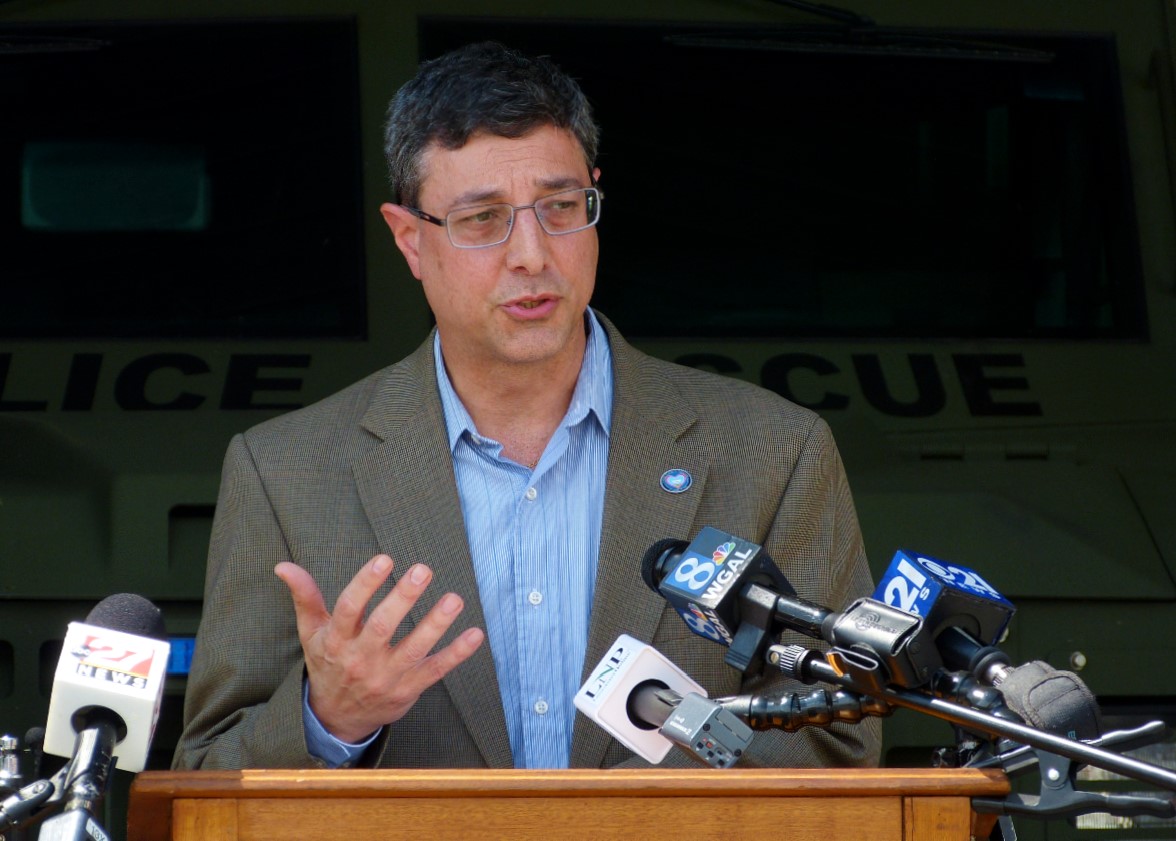 Among other things, the proposal would provide an additional $15 million for economic recovery grants — money for which both for-profit businesses and nonprofits would be eligible.

There is additional funding for county services, municipalities and school districts, too, along with $3 million in financial assistance for nursing homes.

The Lancaster County commissioners will discuss the plan at Tuesday's work session, which begins at 10 a.m. They plan to vote on it next week, said Commissioner Ray D'Agostino, who heads the committee in charge of the county's Covid-19 relief effort.

This spring, as the pandemic rocked the local and national economy, Lancaster County received a little over $95 million through the CARES Act.

Of that, the commissioners allocated close to $78 million within three broad categories: health, welfare and safety; economic recovery; and public services. The remainder was held in reserve.

The CARES Act law requires all the funds to be spent by Dec. 30 by the entities that receive them. While there is hope Congress may extend the deadline, it hasn't happened yet, so the commissioners need to act now rather than leave potential resources on the table, D'Agostino said.

The committee checked in with all its CARES Act funding recipients to see how their spending was tracking against expectations, D'Agostino said.

In one significant case, it was tracking much more slowly: Penn Medicine Lancaster General Health's testing and contact tracing program was budgeted at nearly $25 million, but is likely to expend only $7.7 million through the end of the year.

That's in part because the health system is getting much of its reimbursement for testing from other sources, D'Agostino said.

The commissioners are thus able to redirect LG Health's unspent allocation to other uses.

Adding in other changes and the county's reserves, the commissioners have about $36 million to work with.

If Congress subsequently extends the Dec. 30 deadline or makes other changes, the commissioners can take additional action at that time, D'Agostino said.

To administer its economic recovery grants, the county contracted with the Lancaster Chamber and Economic Development Co. of Lancaster County, who jointly set up the Recovery Lancaster initiative.

To date, Recovery Lancaster has provided $26.8 million in two phases of grants to 939 organizations, out of more than 2,000 who applied.

Under the county's proposed CARES Act reallocation, $15 million would go toward Recovery Lancaster's Phase 3. Businesses and nonprofits with up to 500 employees would be eligible. Maximum grants would range from $20,000 for the smallest organizations to $175,000 for the largest.

At least $5 million will go to entities with 20 or fewer employees, Recovery Lancaster said.

Tentatively, applications for Phase 3 would be due in early November.