Volunteers tend a watershed area on the Hazel I. Jackson Middle School campus during the Jackson Day of Action on Saturday, Oct. 29, 2022. (Photo: Kevin Ressler) 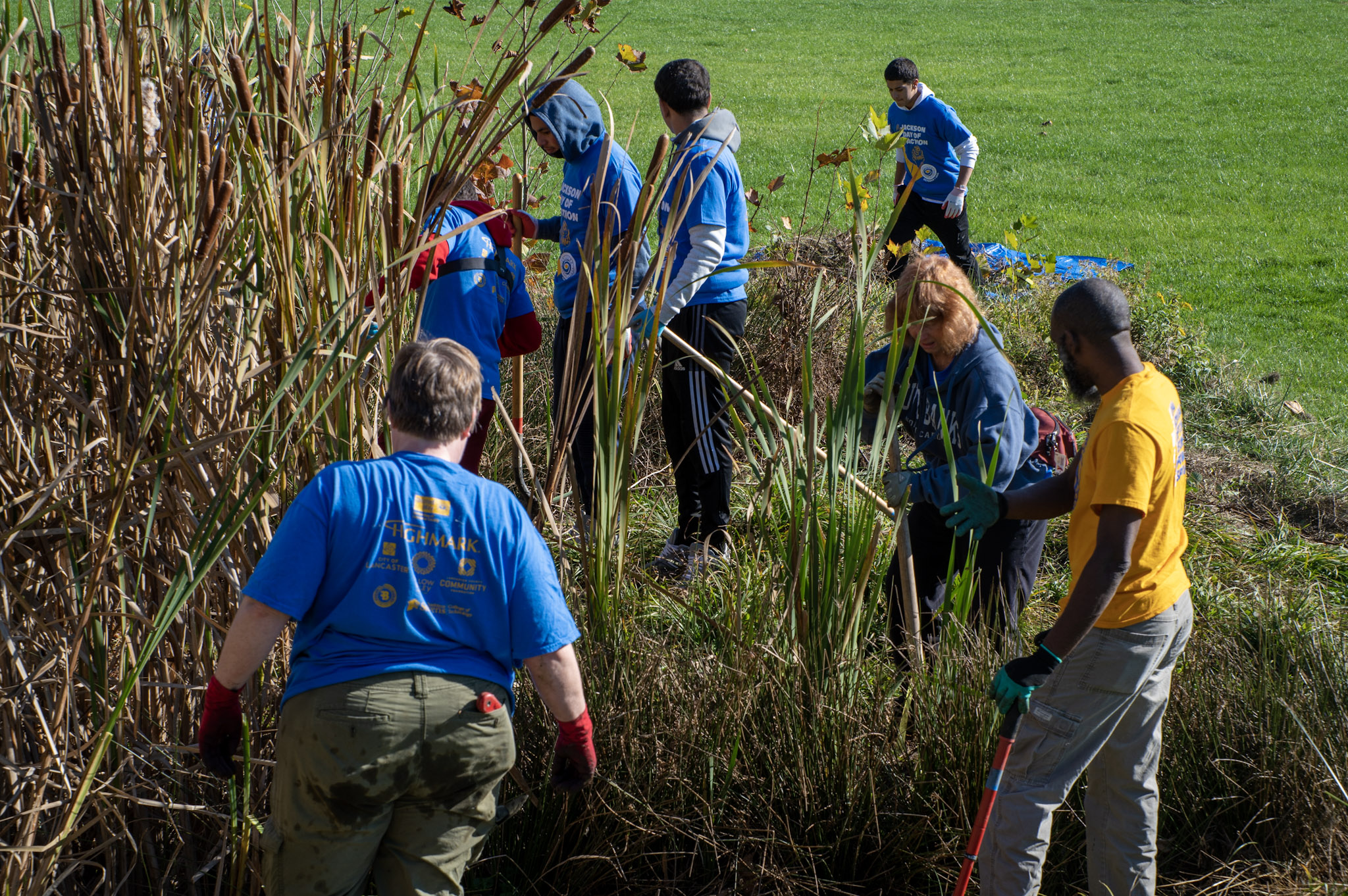 Volunteers tend a watershed area on the Hazel I. Jackson Middle School campus during the Jackson Day of Action on Saturday, Oct. 29, 2022. (Photo: Kevin Ressler)

Teams of volunteers put in hours of sweat equity at Hazel I. Jackson Middle School last month at the second annual Jackson Day of Action.

Under a clear blue sky on the last Saturday in October, students, staff and community members weeded, pruned, filled trash bags and pushed wheelbarrows, all in service of restoring an outdoor classroom and watershed area.

The area serves as a rain garden, collecting and diverting stormwater runoff, and has a circle of boulders as seating. It had been created a few years ago as a "Schoolyard Habitat," an area for outdoor environmental education, with funding from the National Wildlife Foundation, but had fallen into disuse and become overgrown.

The biggest task was the removal of invasive plants, including several hundred pounds of cattails. Volunteers had to dig the cattail roots out with shovels as they stood in water up to their knees.

Principal Luiz Diaz pitched in nonstop on that portion of the work, to the delight and awe of his students.

As part of the restoration, students from Thaddeus Stevens College of Technology are building handicap-accessible garden beds. They will have enough capacity to produce 990 pounds of food each season, the equivalent of nearly 1,200 meals.

The middle school hopes to work with an educational foundation focused on urban agriculture to develop gardening and nutrition curriculum. Administrators also hope to enhance environmental education at Jackson, which sits near the Conestoga River and adjoins an 8-acre wood, the largest remaining in Lancaster city.

The Jackson Day of Action, like the school's name, honors Hazel I. Jackson, the first Black female teacher in the School District of Lancaster and the first Black professor at Millersville University.
Jackson's family created the Day of Action to continue her legacy of civic duty and teach young people the importance of community involvement.

The volunteers at the Day of Action were joined by members of the City of Lancaster's Green Infrastructure Team, Penn State Master Gardeners, the Chesapeake Bay Alliance and the Edible Classroom. 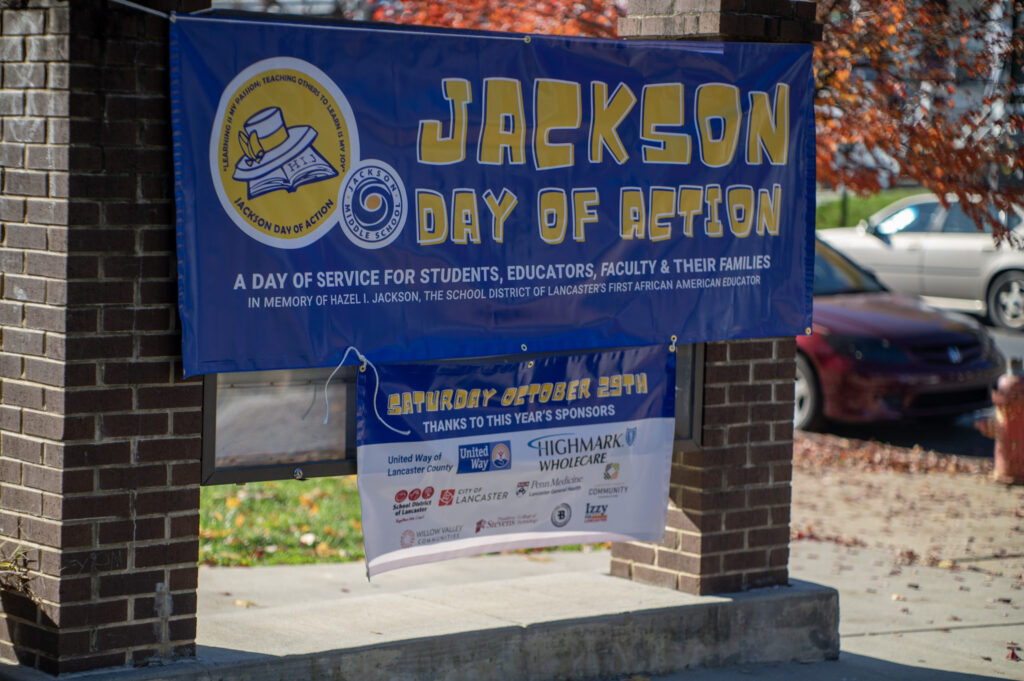 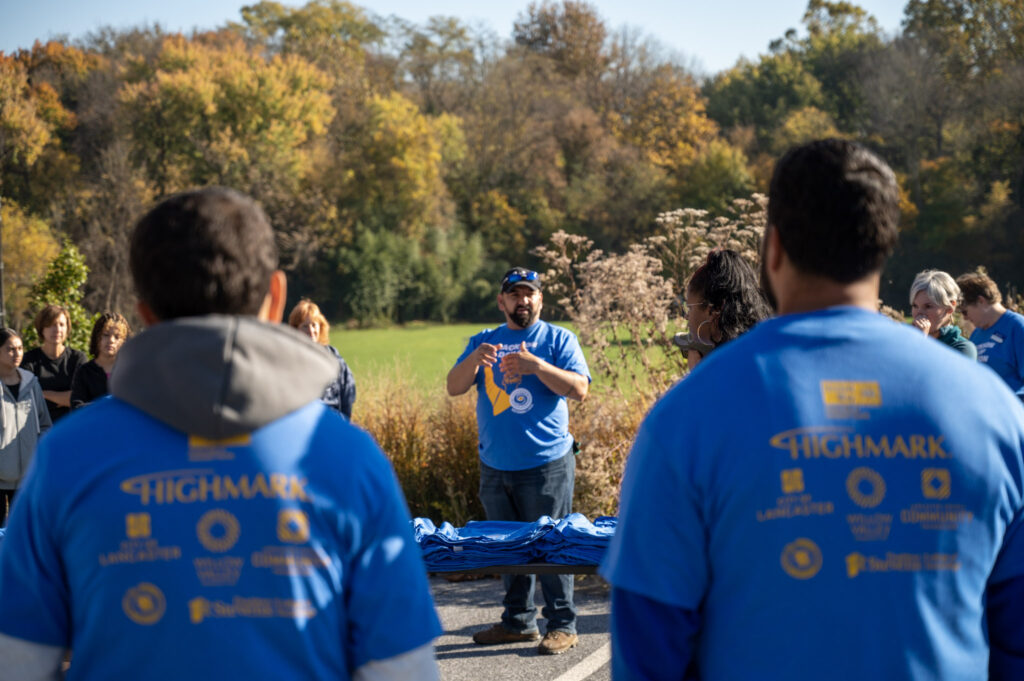 Principal Luiz Diaz thanks the volunteers. 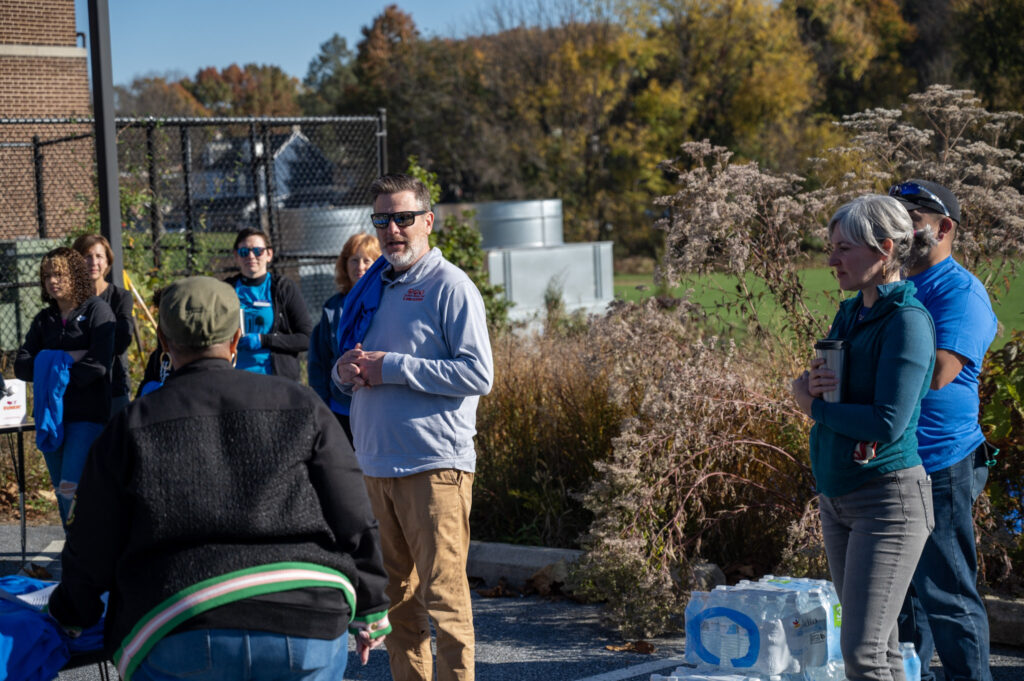 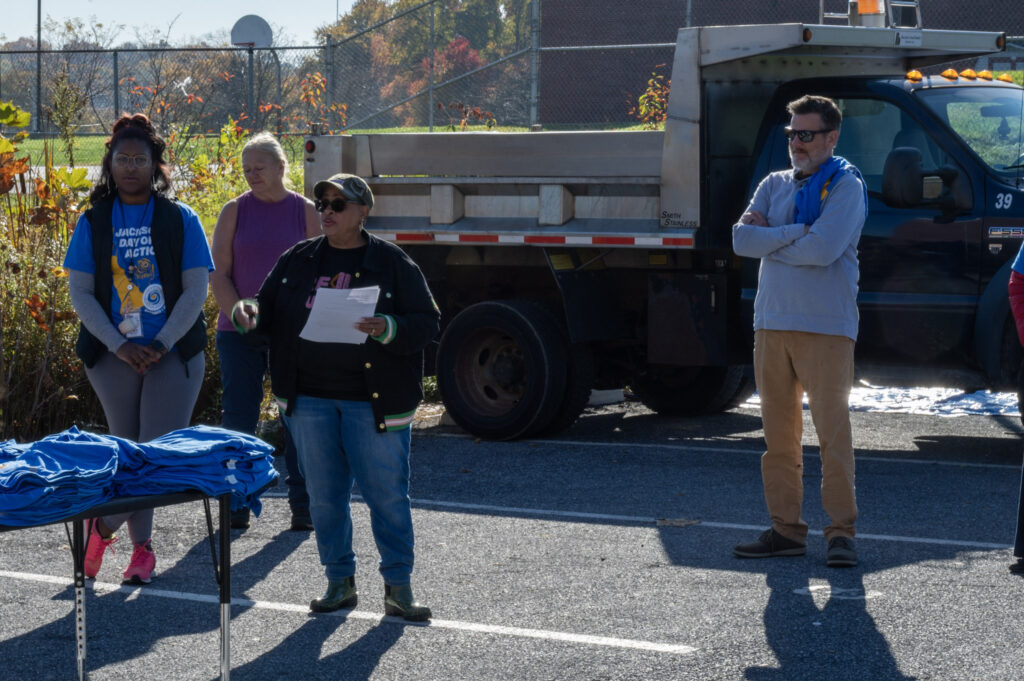 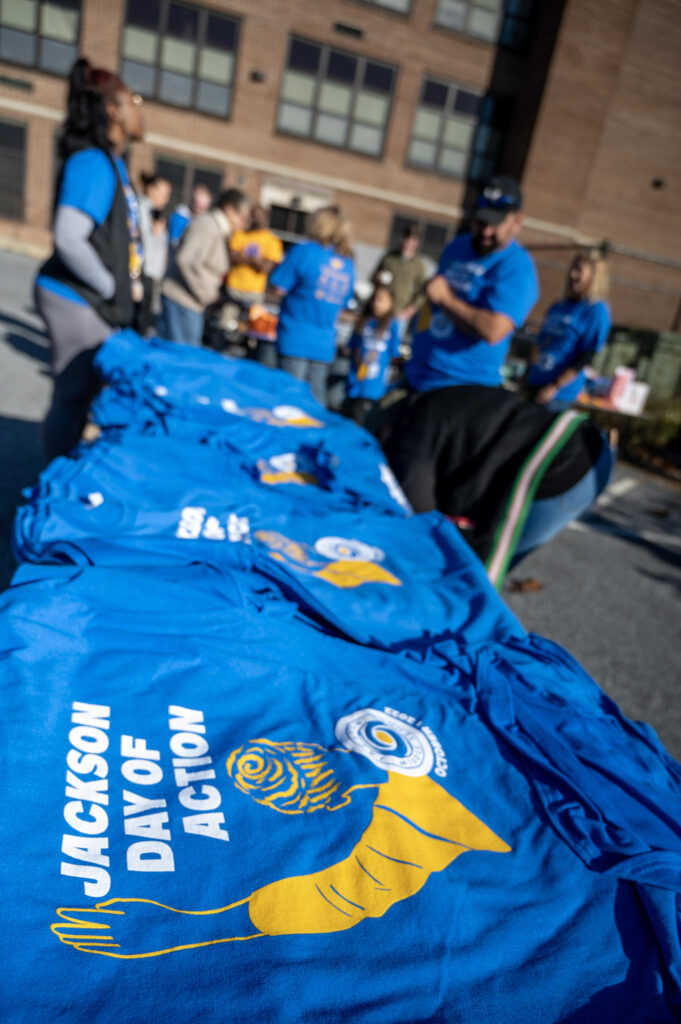 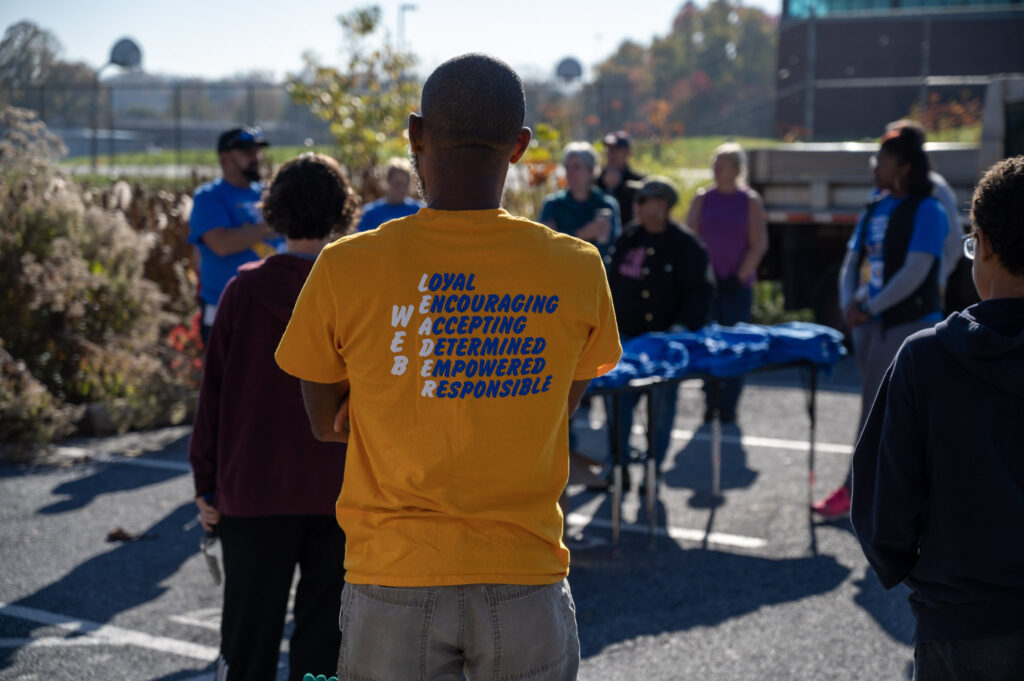 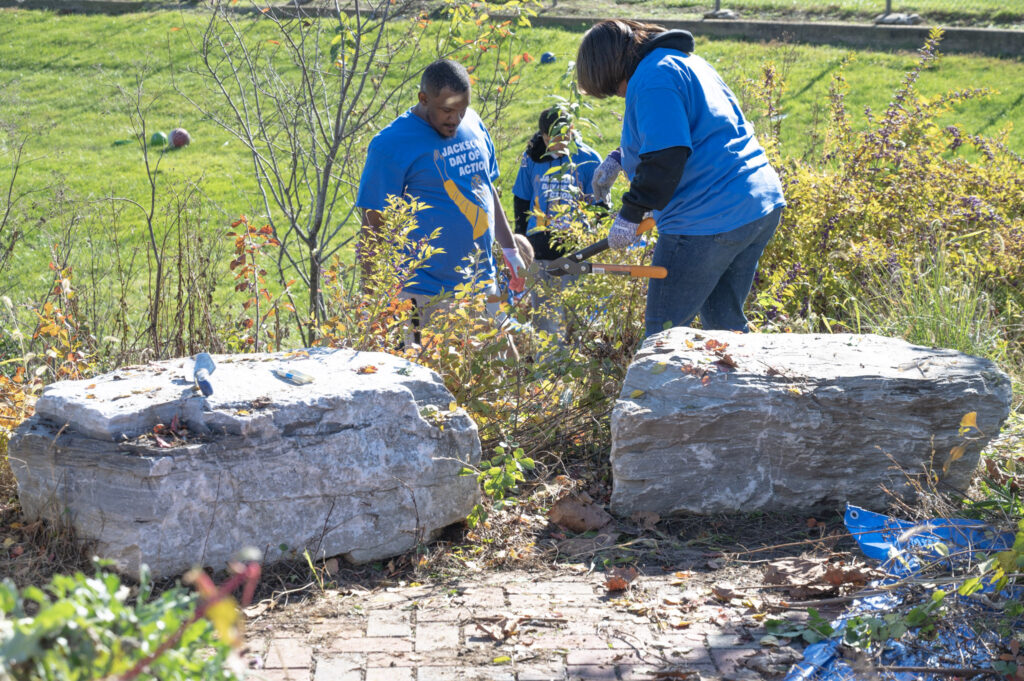 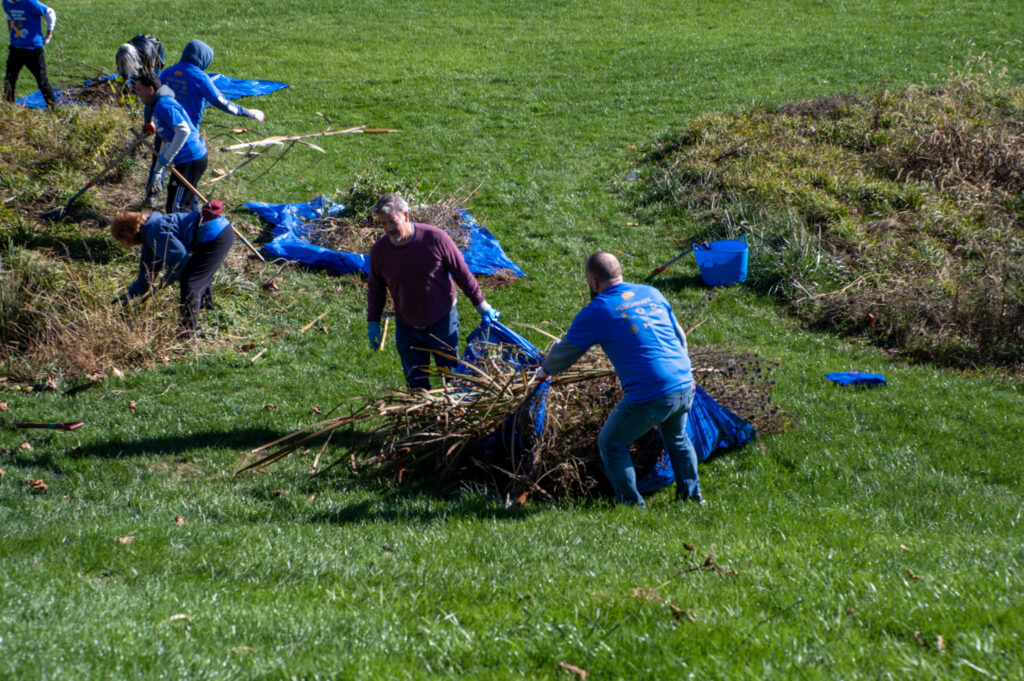 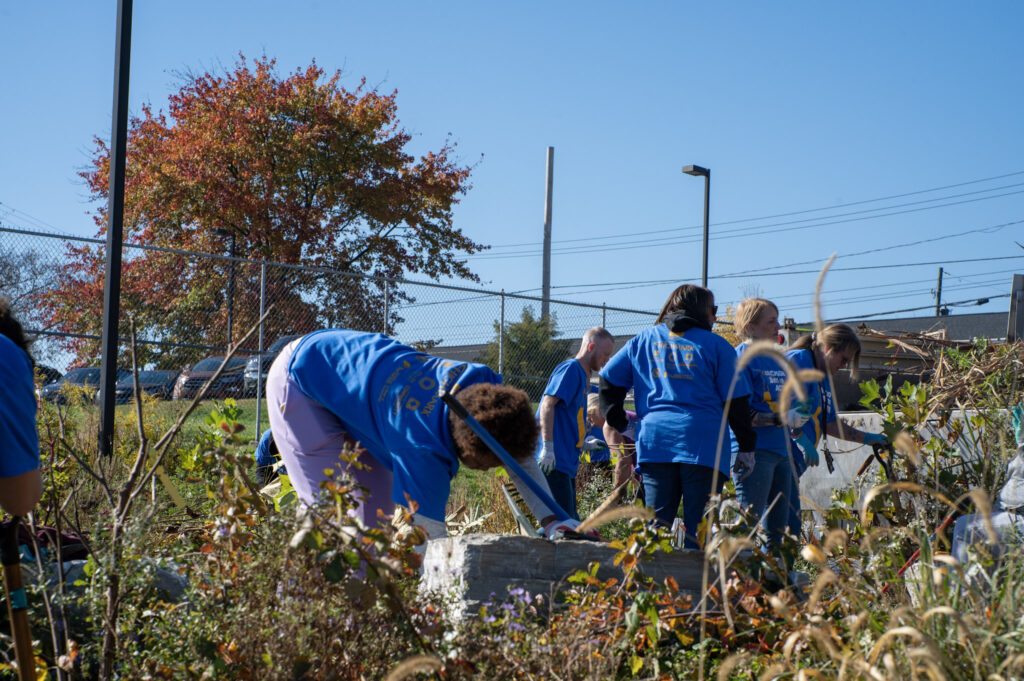 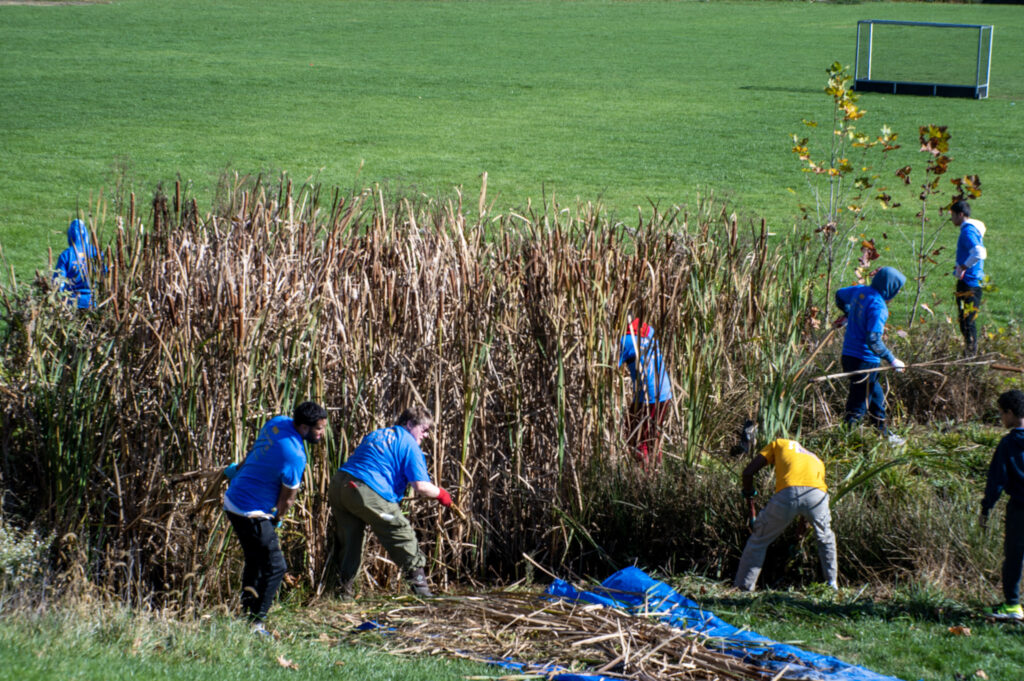 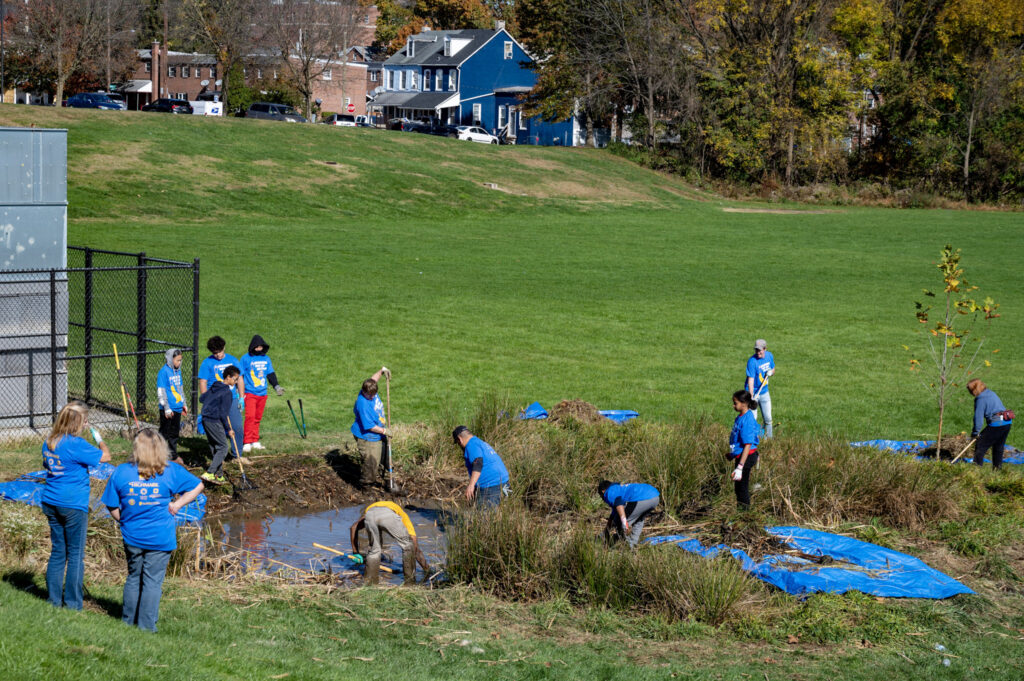 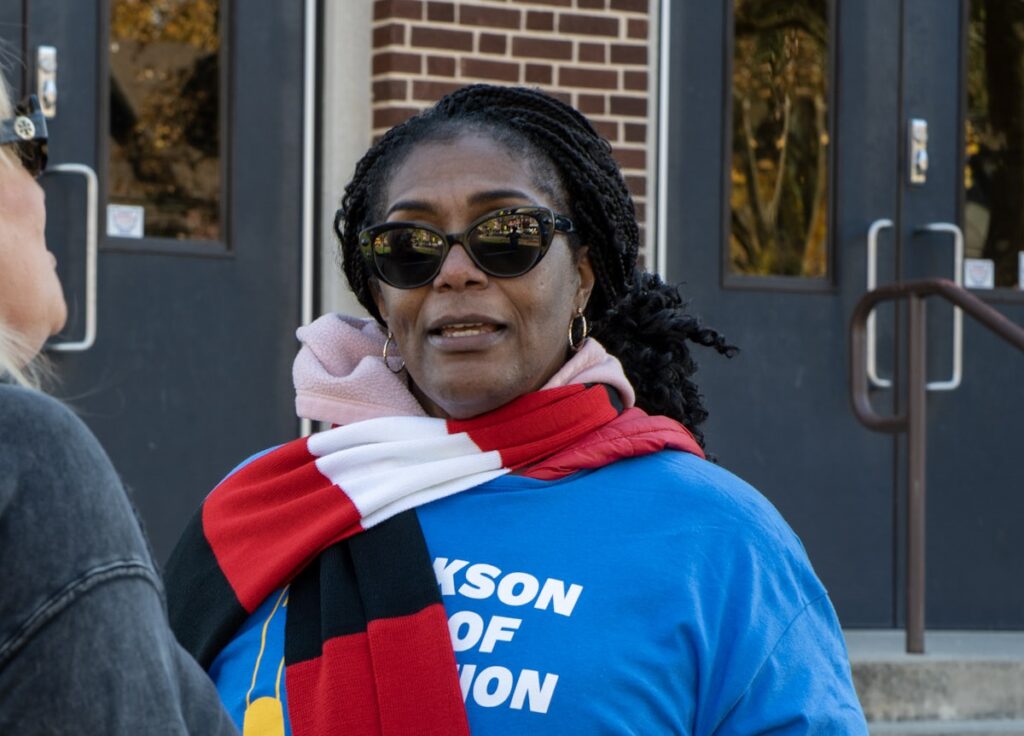 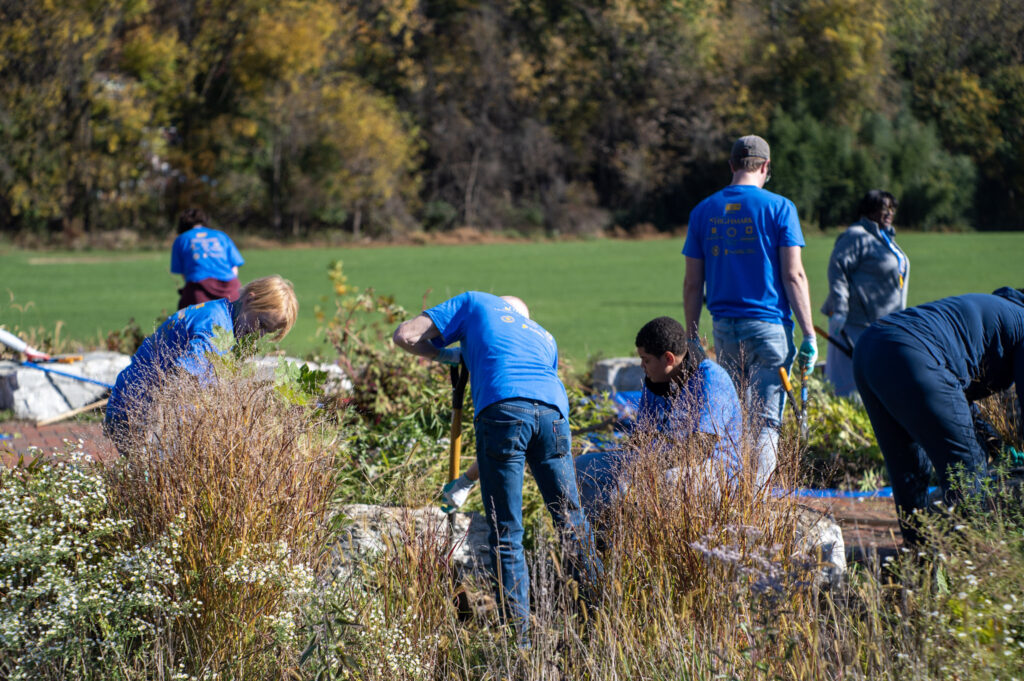 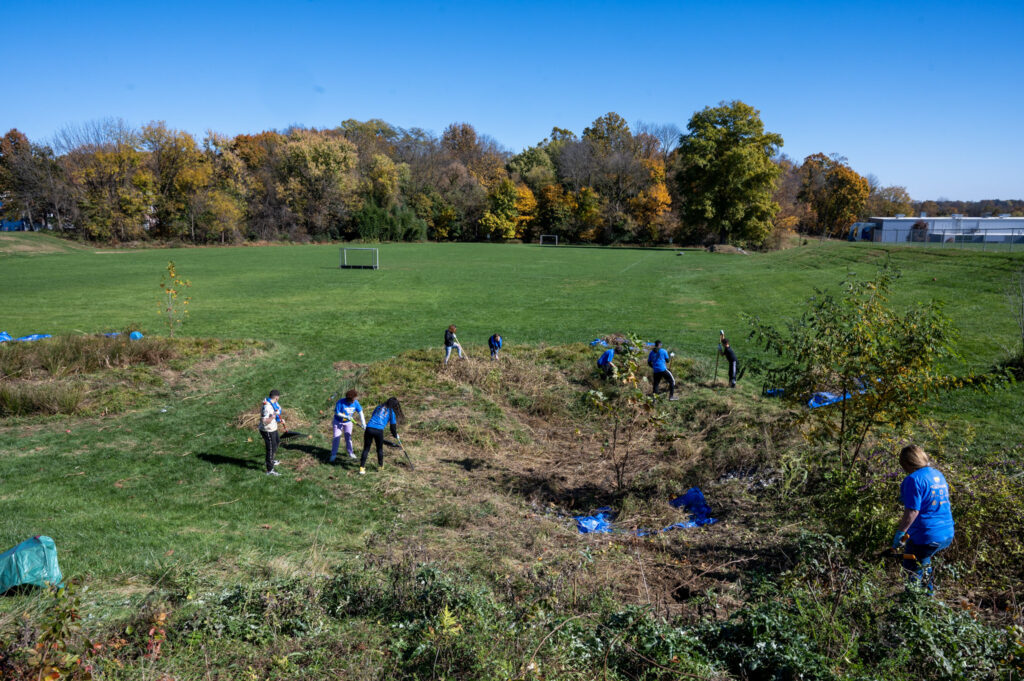 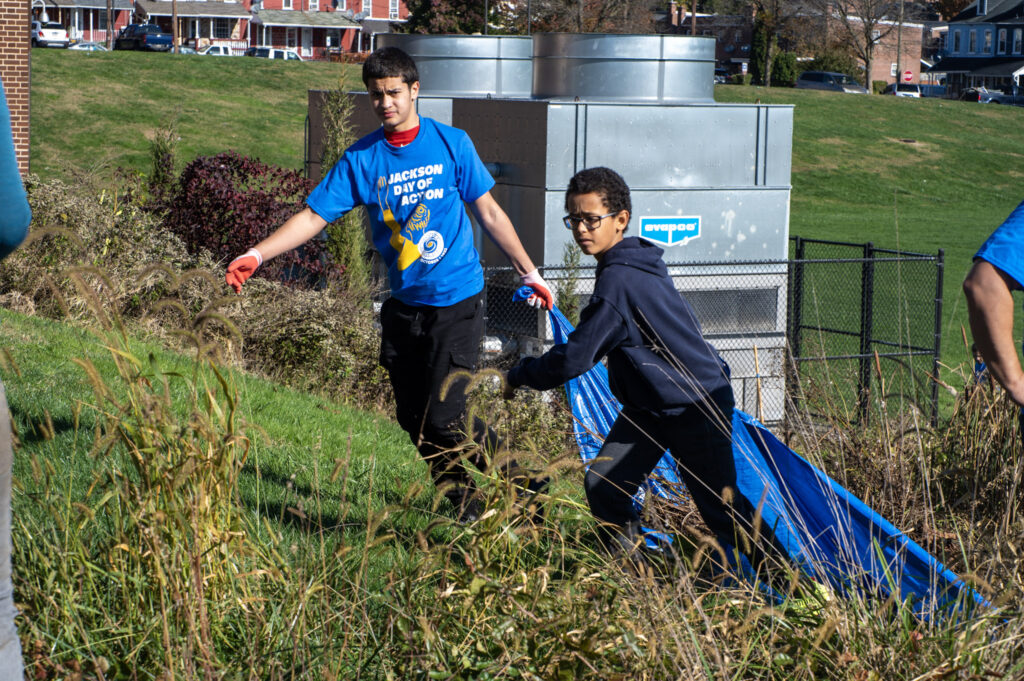