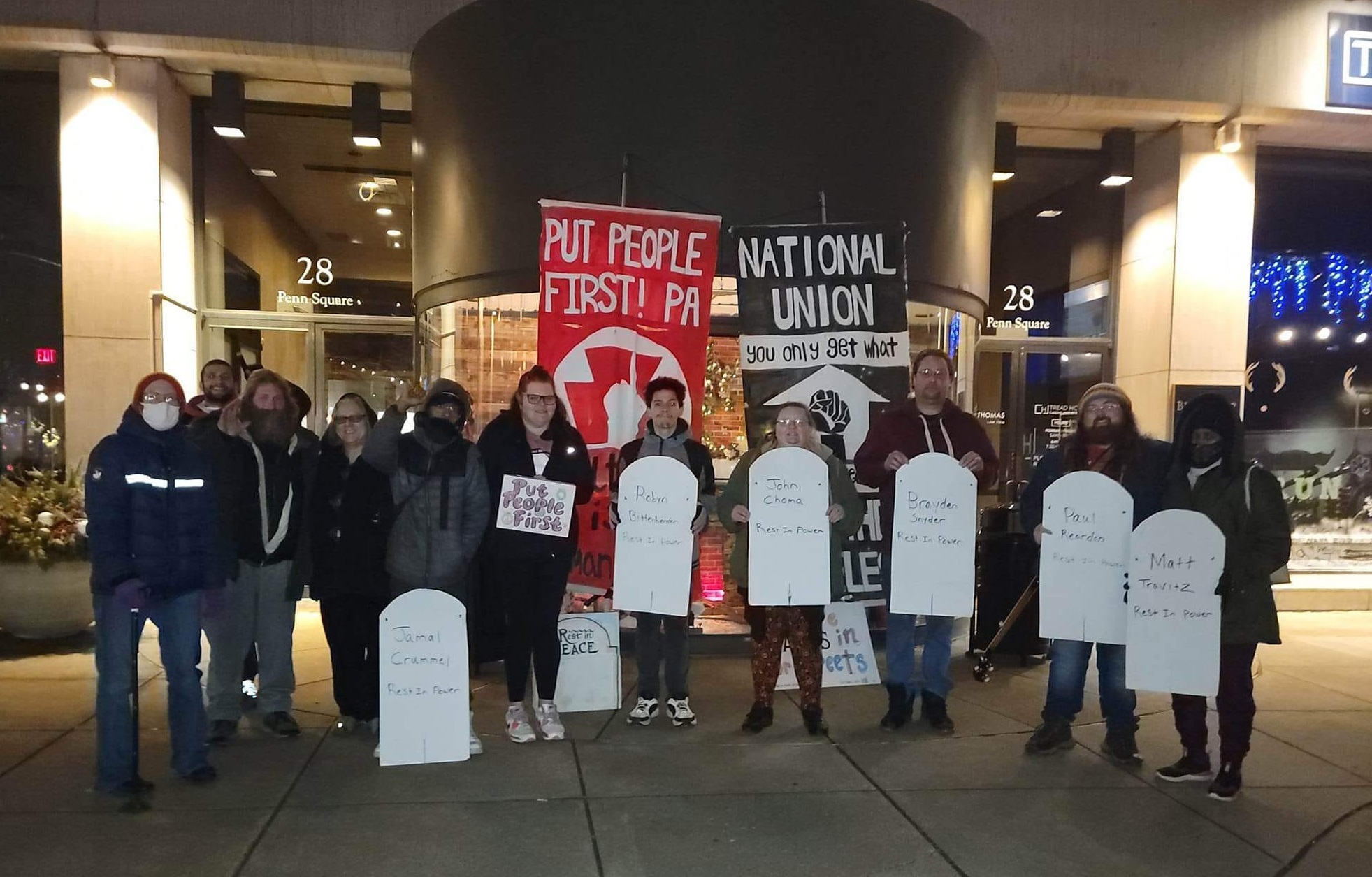 The event honors unhoused individuals who lost their lives and calls for a stronger social safety net and better access to housing and healthcare. It takes place annually during the winter solstice, the shortest day and longest night of the year.

The Lancaster event was organized by Put People First PA and the local chapter of the National Union of the Homeless. They highlighted cases such as that of John Choma; who was arrested in a hotel room where he was recuperating from a hospital stay, and died shortly after being bailed out of County Prison; and Jamal Crummel, who died of hypothermia in Dauphin County prison.

Organizers said they want “fundamental systemic change to put an end to unnecessary deaths of our community members.”