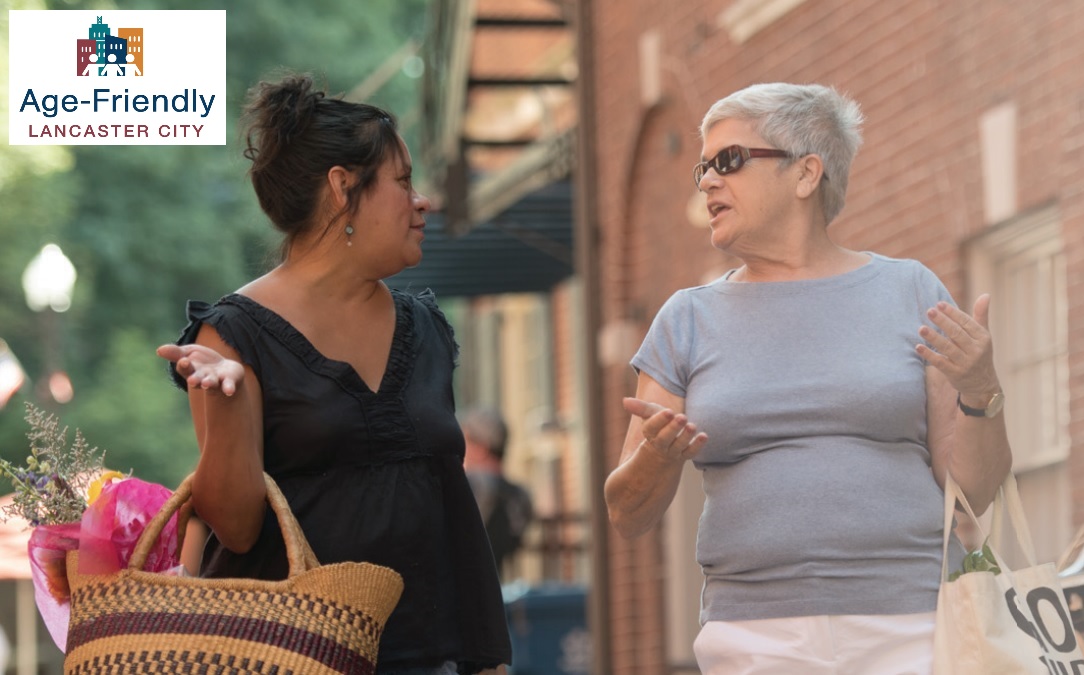 Teams have been formed around four priority projects, and they are making progress, panelists said during Lancaster’s third Age-Friendly Summit. The online event took place Wednesday morning and offered stakeholders and community members the chance to hear the latest developments and contribute their ideas to the work.

Lancaster is one of roughly 1,500 Age-Friendly jurisdictions worldwide. Participating communities commit to implementing policies and practices that make life easier for their older residents, enabling them to maintain their independence and lead healthy, active and fulfilling lives.

Melissa Ressler is executive director of Lancaster Downtowners, an organization for seniors that access to services and social opportunities for its members. Development of the action plan, delayed by Covid-19, took three years, she said. One early outcome was the launch of ZTutors, a program connecting older volunteers to children, a response to findings that there was a need for greater social connection.

Team leaders then reviewed the projects launched as part of the plan:

Housing Creation & Preservation: Lancaster’s seniors are represented on the boards that oversee planning and development, and Age-Friendly housing principles are being incorporated into the city’s upcoming comprehensive plan, Chief Planner Douglas Smith. An unprecedented amount of new residential development is moving forward, with a mix of direct and indirect benefit to older Lancastrians, he said.

Promoting Intergenerational Connections: Heather Dighe, executive director of the Lancaster Rec, is the team leader in this area. A pair of surveys were conducted to assess needs and interests; results included robust community interest in nature programs, fitness and travel.

The team is following up with a series of four “Lunch & Learn” sessions. One took place in November. The next is at noon Thursday, Dec. 15, at The Loop, the LGBTQ+ Coalition’s community center. Click here for details and to register. The remaining two will take place next year.

“It’s about changing the culture,” he said — coming to see traffic deaths as preventable, not inevitable, and designing streets around the safety of pedestrians and bicyclists, not just motor vehicle throughput.

The city has mapped crash data and found that 6% of its streets account for three-quarters of its serious and fatal collisions. That’s where it’s focusing its redesign and reconstruction efforts; meanwhile, it’s working on education and outreach and picking some “low-hanging fruit,” such as painting piano key crosswalks and re-timing traffic signals to give crossing pedestrians a head start.

Communication Coordination & Outreach: Kevin Ressler, president & CEO of United Way of Lancaster County, reviewed the statistics that can be pulled from the 211 referral service, which can be analyzed by demographics and services requested, such as housing or utility assistance. The team is looking at ways to reduce barriers to service, he said, including a one-stop repository for information seniors need; transportation accessibility; and home healthcare needs and availability.

Chris Kennedy is the founder of the consultancy Age2Age, which helped Lancaster secure its Age-Friendly designation and develop its action plan.
What used to be an “age pyramid” now looks more like a pillar, as families have fewer children and more and more people live into their 70s, 80s and beyond. That creates challenges, but also opportunities, she said.

Lancaster is “a microcosm of America” and a magnet for aging Baby Boomers, she said. It faces challenges and opportunities, but she expressed confidence it will be able to adapt and thrive in the coming “longevity economy.”

Conversations About OUR Community