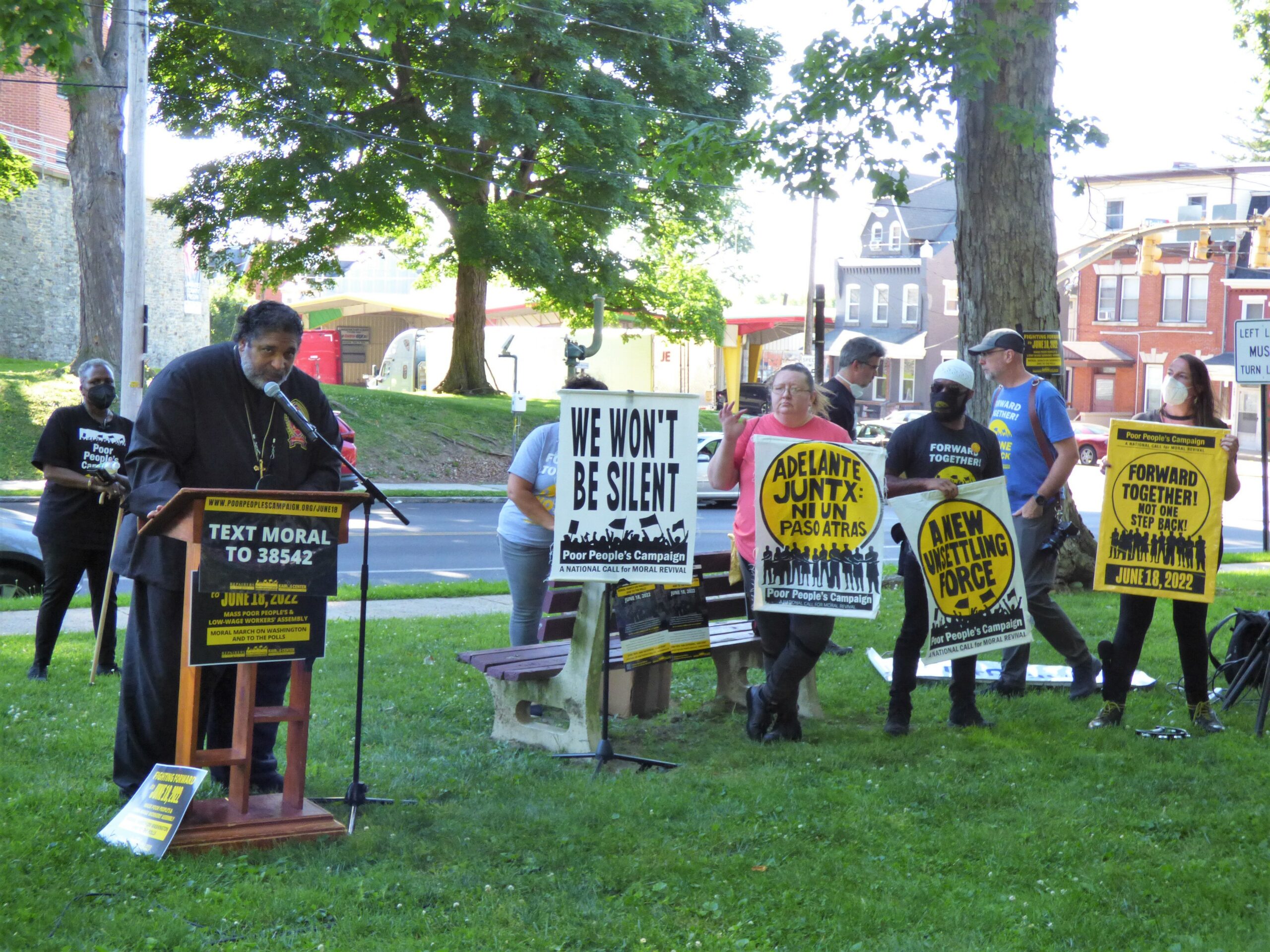 “There are times in history that demand that we come together,” The Rev. Bishop William Barber II told his audience in Lancaster’s Reservoir Park Sunday evening.

Our era is one of those times, he said. America is failing 140 million of its citizens who are poor and near-poor, he said; but if that population unites, it will be an unstoppable political force, powerful enough to change any election.

Barber and the Rev. Liz Theoharis are the co-founders of the Poor People’s Campaign. Their Lancaster appearance was one of a series they are making to build support for their planned Moral March on Washington, D.C., on Saturday, June 18.

Leaning on a cane, with the Lancaster County Prison as a backdrop, Barber spoke to a modest but enthusiastic crowd, his quiet fervor building to multiple crescendos as he exhorted listeners to join the movement.

“Every generation’s got its Edmund Pettus Bridge,” he said, alluding to a pivotal episode in the 1960s Civil Rights era.

He recited a litany of statistics detailing America’s vast social and economic inequalities. Every day, 700 Americans die from the effects of poverty, he said, citing a 2011 Columbia University study.

Billionaires grew vastly richer during the pandemic, while millions of Americans lost their jobs and struggled to put food on the table. Getting “back to normal” after the pandemic would be a travesty, Barber argued, given what the status quo was like for the poor and working class.

Barber was joined by Theoharis and by local and regional speakers from the Poor People’s Campaign and allied groups. Between speakers, two members of the “Moral Voices Choir,” Pauline Pisano and Jamel Coy Hudson, led the crowd in songs and chants.

June 18 can be a new beginning, Barber said. Alluding to a well-known psalm, he said the stones that the builders rejected “can become the cornerstones of a brand new democracy.”

“We need Lancaster in the house!” Barber exclaimed. “Will you be there?”