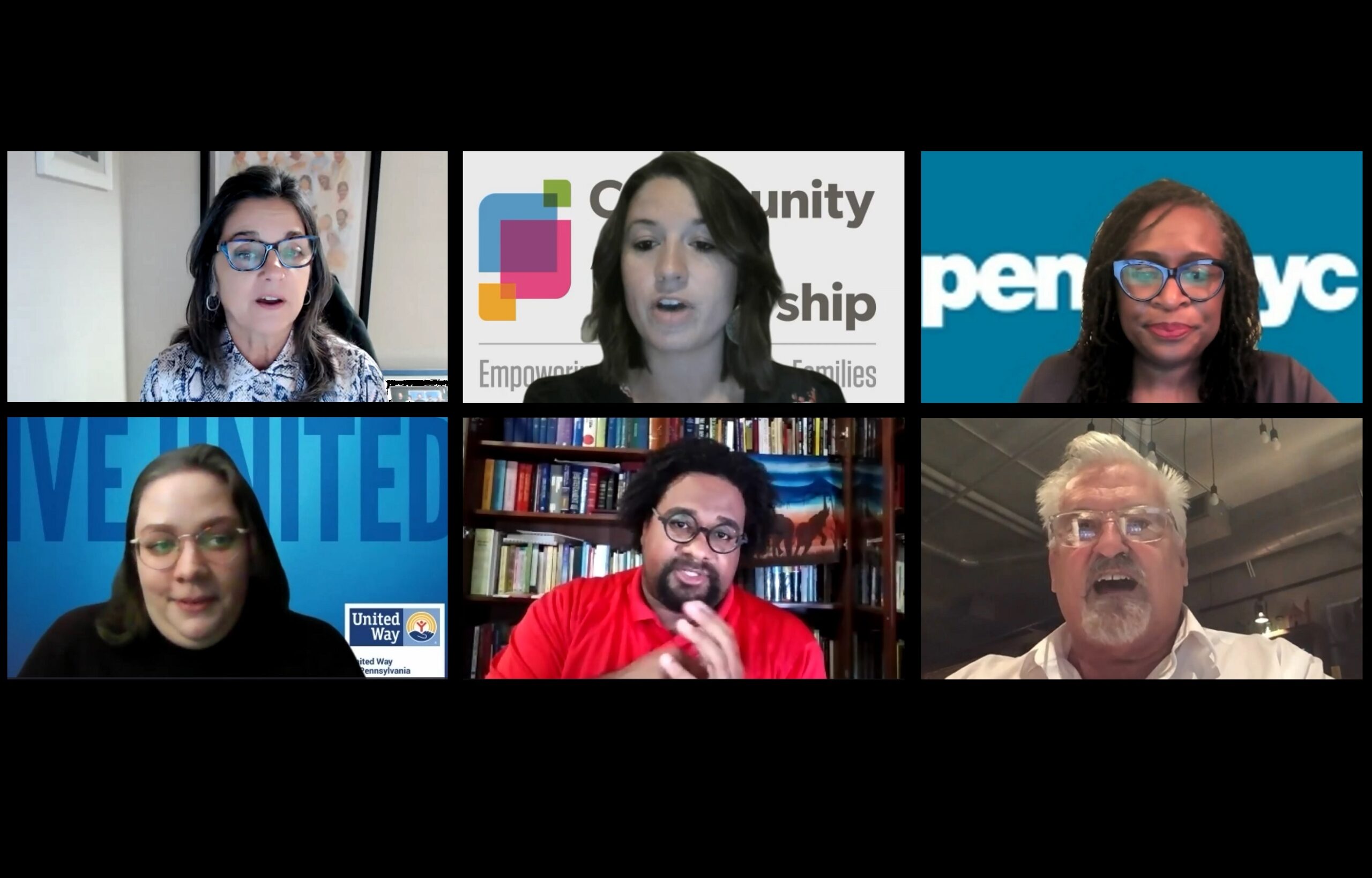 They made their case Tuesday evening in United Way of Lancaster County’s September “Conversation About OUR Community,” the latest in the organization’s monthly series of online forums on current issues. President and CEO Kevin Ressler moderated the discussion.

Compensation for childcare workers is indeed a critical concern, said Kim Early, director of public policy and advocacy for the Pennsylvania Association for the Education of Young Children. As of 2019, she said, the median hourly wage in the sector was $10.69. You can earn more at Target, Sturla said.

The brain develops rapidly in the first few years of life, making it the period that’s most crucial to a child’s future. That’s why high-quality early childhood education matters so much, said Amanda Burns vice president of education at Community Action Partnership of Lancaster County.

The flip side of the compensation issue is keeping childcare affordable. A 2020 study found the median cost of childcare in Pennsylvania to be $290 a week — a significant hit for family budgets.

O’Shea kicked off Tuesday’s forum with a presentation on Pennsylvania’s ALICE population: Households that are “Asset-Limited, Income Constrained, Employed.”

ALICE families have incomes above federal poverty thresholds, but still struggle to afford the basics: Food, housing, health care and transportation. For working families with small children, childcare can easily add another $1,200 in monthly costs, which is factored into the ALICE equation.

The United Way’s analysis shows a full 44% of children in Pennsylvania live in households at ALICE income levels or below, O’Shea said.

Three out of four of Pennsylvania’s Black households (73%) and more than two-thirds of Latino ones (69%) are at ALICE levels or below, versus one-third of White households. ALICE statistics are based on 2018 data; it’s likely that post-pandemic data will show even more families in precarious straits, O’Shea said.

Childcare subsidies are means-tested and based on income limits. Community Action Partnership of Lancaster County works with clients to provide “blended” or “graded” services, so they can move from one program to another as their eligibility changes, Burns said. Still, she said, there’s a “cliff effect,” where families at certain income levels are hit with much higher costs.

Women from all walks of life overwhelmingly endorse increased state support to make childcare affordable, said Stacie Blake, CEO of YWCA Lancaster. It’s a crucial part of ensuring that women can be fully engaged in the community, she said.

Despite today’s political polarization, early childhood education is an area where Republicans and Democrats can find some common ground, Sturla said. Church-based childcare programs are cost-effective and eligible for state support.

Childhood poverty and lack of access to broadband and other educational resources are problems in rural districts as well as urban ones.

Along the same lines, he said, policies to allow affordable housing near job opportunities can secure buy-in from Republicans who see the benefits to businesses and the economy.

Childcare is part of a broader range of challenges facing working families, the panelists said, including transportation, housing, education and the job market itself, where the preponderance of new positions being created are low-wage. Each problem exacerbates the others, and systemic racism creates further barriers, Blake said: “None of it’s in a vacuum.”

A more equitable system, she said, would make it easier for families to achieve self-sufficiency.

“That’s really what I long for,” she said.