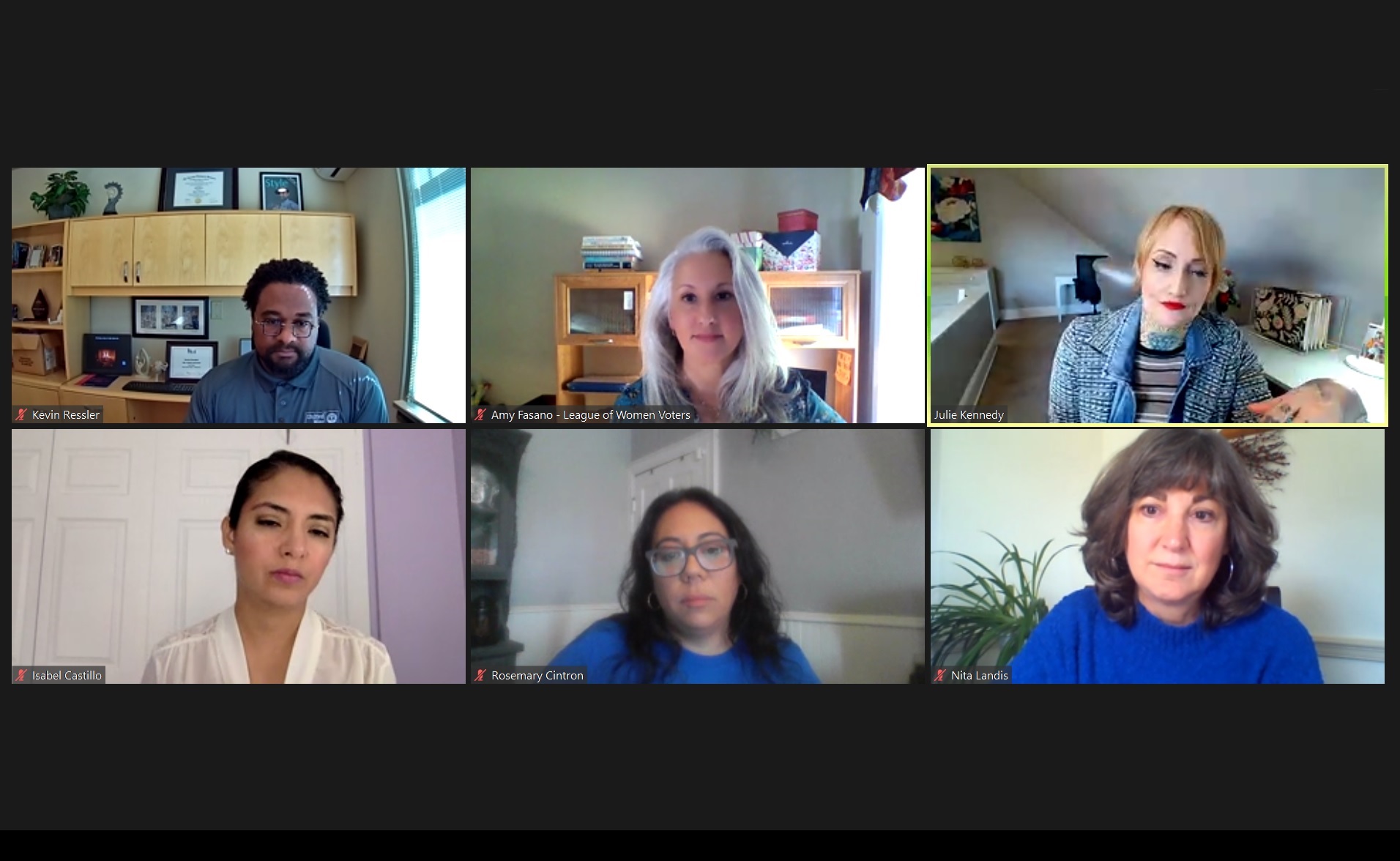 People often discount the importance of midterm elections, like the one coming up Nov. 8, because the president isn’t on the ballot. They shouldn’t, Nita Landis said.

“It’s really the midterms where we’re focused on local officials that really have the strongest impact on our day to day lives,” she said.

Landis was one of five panelists in United Way of Lancaster County’s online forum Wednesday on election issues. They encouraged all eligible voters to learn about the issues, vote and get involved in their local communities.

The session, part of United Way of Lancaster County’s monthly “Conversations About OUR Communities” series, was moderated by President and CEO Kevin Ressler.

Isabel Castillo, who began work Monday as assistant director of YWCA Lancaster’s Center for Racial & Gender Equity, kicked off the discussion with a presentation on data from YWCA’s YWomen Vote survey. In Pennsylvania, women’s top concerns are economic security and inflation; reproductive health services; and gun violence, she said.

It’s important to recognize the barriers to voting that many people face, said Julie Kennedy, United Way of Lancaster County associate director of community initiatives. Some are legal — felons cannot vote while serving their sentences — while others are practical and logistical. Some people just don’t have the necessary breathing space in their lives: When you are in crisis, voting is the last thing on your mind, Kennedy said.

Then there’s the task of learning about the candidates and their positions. If everything you know about candidates comes from their ads on TV, you need to dig deeper, said Rosemary Cintron. She is Pennsylvania voter engagement manager for CASA in Action, the political arm of CASA, an advocacy group for immigrants, particularly Latinos.

Cintron recommended studying candidates’ websites, where they typically lay out their policy positions in detail.

“If you feel passionate about an issue, then you should have the most information and vote for the person that’s going to have a policy in place,” she said.

The League of Women Voters’ Vote411.org is an excellent nonpartisan information resource, said Amy Fasano. You can use it to check your voter registration, find your polling place, learn about candidates in your area and read their responses to policy questions.

Fasano is involved in re-establishing the League’s Lancaster County chapter after a period of quiescence. It is planning to host a forum at 6:30 p.m. next Wednesday, Oct. 26, featuring the three candidates competing in the 98th state House district in western Lancaster County and it recently published a local Voter Guide.

She described the formats used in Braver Angels’ debates and town halls and said it’s surprising how much common ground people can find. When conversations remain cordial instead of heated, “our curiosity can remain on board” and participants can come up with innovative proposals that respect the priorities and values of all parties, she said.

If you want to make a difference, voting is just the start, the panelists said: There are many, many opportunities to get involved, whether it’s attending a government meeting, seeking appointment to a board or launching a group of your own.

“A lot of our great community organizations have come from a group of five people who felt passionate about something and created an entire movement,” Cintron said.