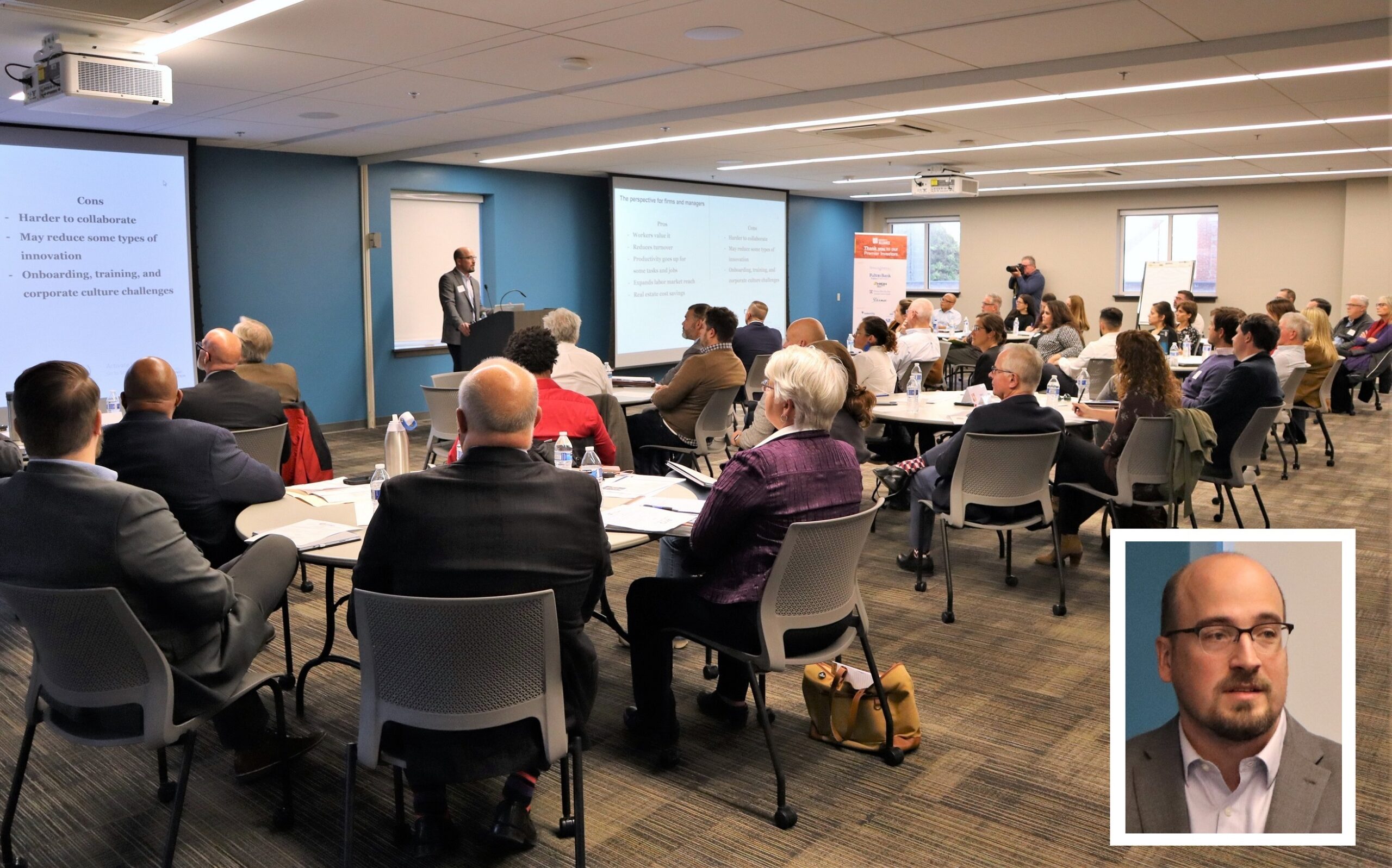 The trend toward remote work is not abating and Lancaster is well positioned to benefit, a nationally known economist told community leaders Thursday.

Ozimek, a local resident, is chief economist at the Economic Innovation Group. He also is one of the owners of Decades, an entertainment arcade featuring a bar, restaurant and a boutique bowling alley at the former Stahr Armory on North Queen Street.

Accelerated by the pandemic, remote work is the fastest and largest-scale change in U.S. work patterns since the mobilization of World War II, Ozimek said. Before the pandemic, about 5% of people worked remotely; that number has increased to about 30% today.

The extent of remote work will be driven by market pressures and competition, he said. If your competitors allow remote work and figure out how to do so productively and effectively, you will be at a disadvantage unless you do the same.

This has huge implications for economic geography. The nation’s largest and highest-priced urban areas are now at a disadvantage, whereas affordable areas with an attractive quality of life stand to benefit, especially if they’re not too far from major cities.

Ozimek’s research into residential real estate prices indicates that remote work is indeed reshaping housing and commuting patterns. Since the pandemic, house prices have risen only slightly or declined in large cities like New York and San Francisco. Prices have risen a bit in some nearby suburbs, but prices were already high there. The really sharp increases have been in exurban areas, about two to four hours away, a phenomenon termed the “donut effect.”

Lancaster checks all the boxes: Its cost of living is reasonable compared with Philadelphia, New York or Washington, D.C., and it has amenities that appeal to remote workers, such as a thriving night life and access to outdoor recreation.

Amtrak’s Keystone rail connection to Philadelphia is a “huge deal” for hybrid workers, Ozimek said, making it easy to travel to the office once or twice a week.
How can Lancaster capitalize on its geographical advantage? Ozimek made several recommendations:

Chris Delfs, Lancaster’s director of community planning and economic development, said he was impressed by Ozimek’s presentation and that his work resonates with much of the city’s own research.

Several audience members asked Ozimek what his vision would mean for lower-income households and whether embracing remote work would accelerate gentrification.

Local governments can’t do much to boost wages, he said: The best thing for workers, boosting wages and opening job opportunities, is a tight labor market, which is driven by national policy and economic forces.

What local governments do have influence over is housing costs. Zoning that prohibits anything but single-family houses is “a major driver of unaffordability” and shouldn’t be acceptable, he said.