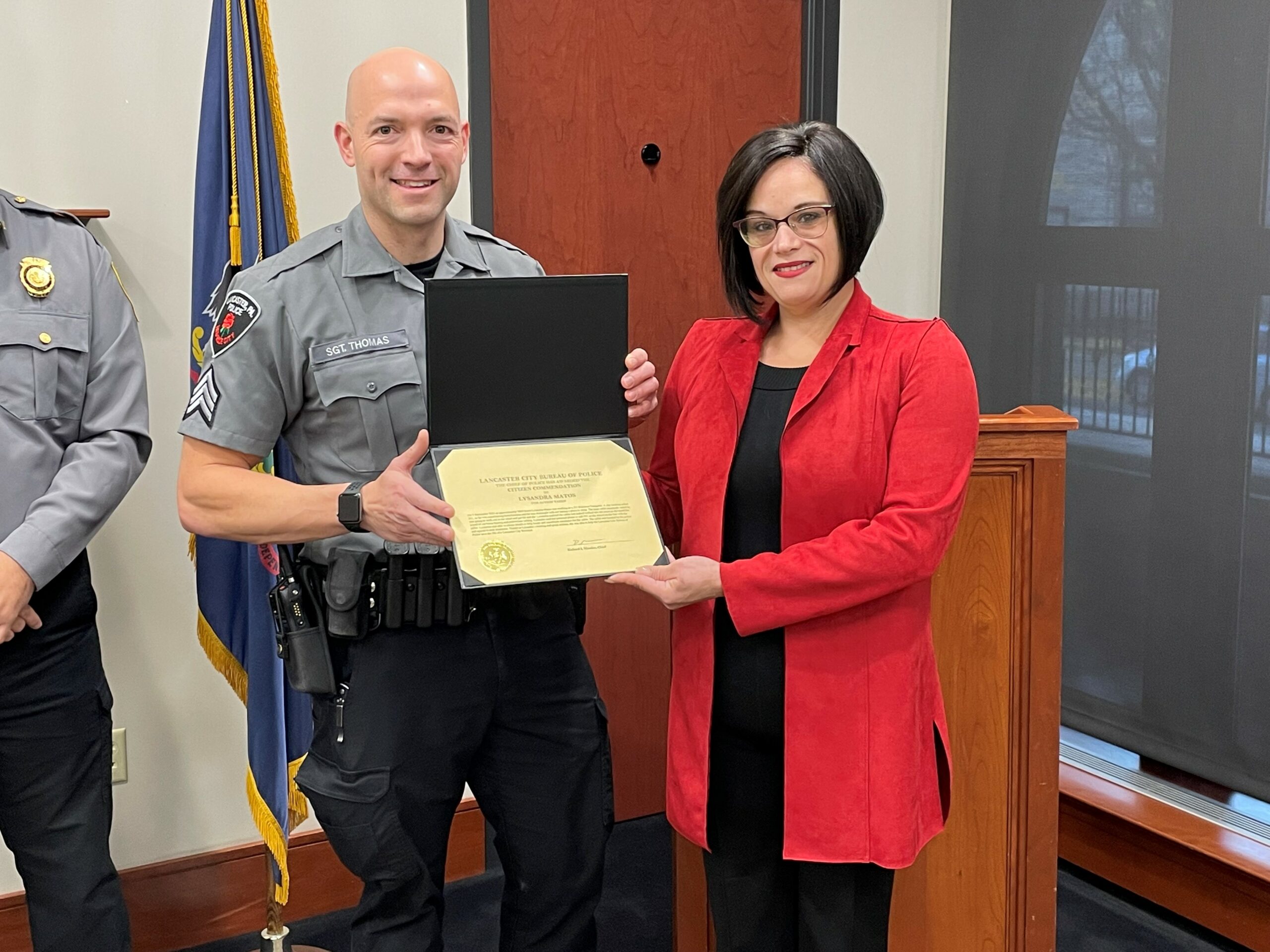 The Lancaster city police honored Lysandra Matos on Friday with a Citizen Commendation for taking life-saving actions to help a suicidal 211 caller.

Matos works part-time as a resource navigator for United Way of Lancaster County’s PA 211 East program. On Sept. 1, she took a call from an individual having a mental health crisis. The person had walked into traffic and expressed a hope to be struck and killed by an oncoming vehicle.

Normally, 211 navigators transfer distressed callers to an appropriate crisis intervention center. However, because Matos feared that the caller would hang up, she instead called 911 from her own phone while continuing the conversation on the 211 line.

Matos was put in contact with a city police officer. The two of them “worked as a team to get this person where they needed to be,” Matos said. (Click here to read the full incident description.)

Patricia Espinosa-Vargas, director of PA 211 East, said, “We couldn’t be more proud of Lysandra. … Going above and beyond is what we strive for.”