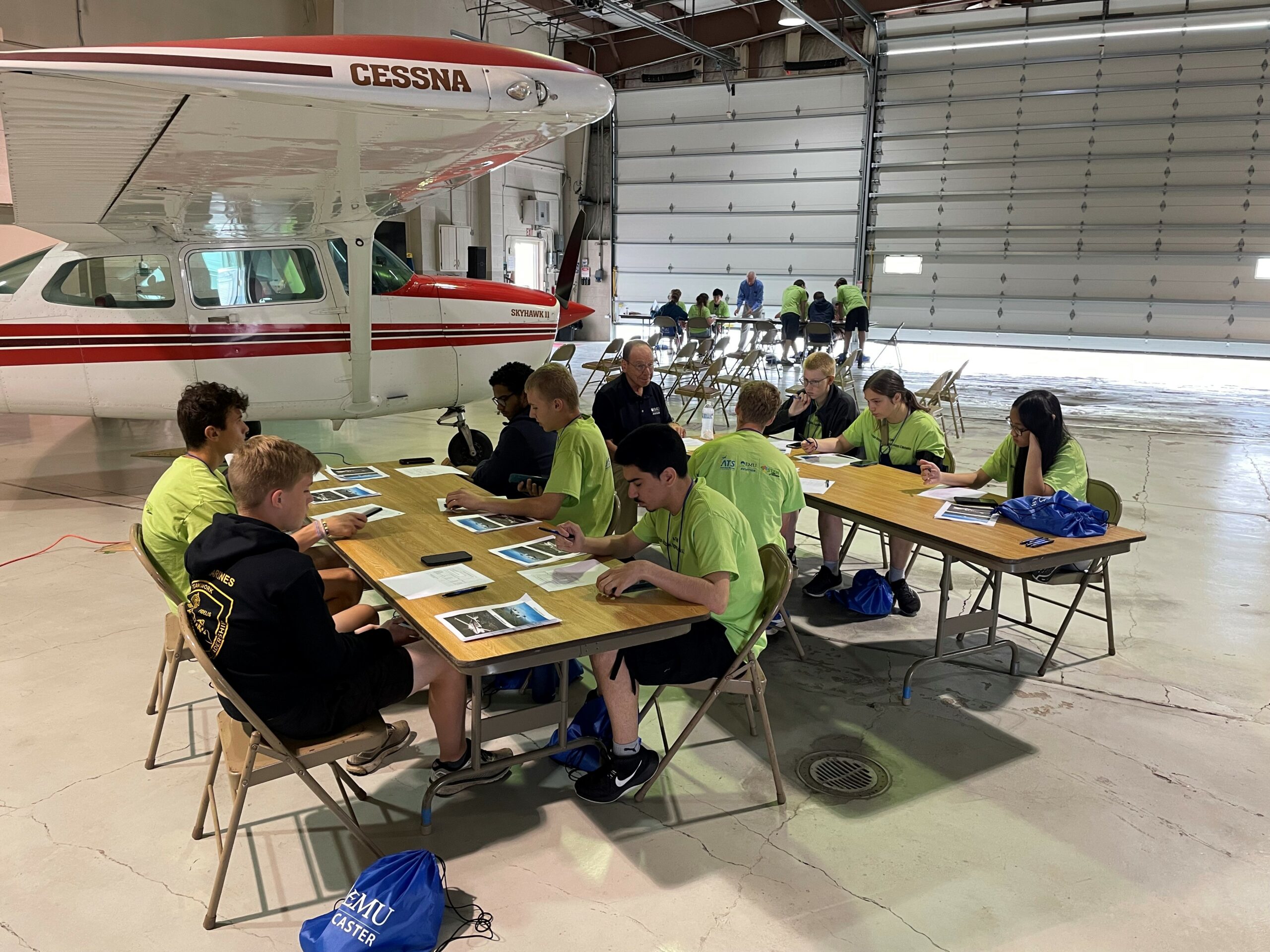 About 45 Lancaster County high school students learned about aviation at a summer camp at Lancaster Airport this month.

The three-day STEM camp, the first of its kind here, was titled "Join the A-TEAM," with "A-TEAM" standing for "Aviation: Technicians, Engineers, Aviators and Mechanics."

Our goal is to fire their imaginations about their future in the workforce," said John Sibole, director of the aviation program at Eastern Mennonite University's Lancaster campus.

The camp was co-hosted by the university, Aero-TechServices and the Lancaster STEM Alliance.

Given that it was the camp's first run, the turnout was "very gratifying," Sibole said.

Over the three days, the students learned about the technical aspects of aviation. They also got to try out a flight simulator and tour a training aircraft.

“I like all the hands-on experiences and everyone that comes in to speak, speaking about the things that go into each job,” Lancaster Mennonite student Lindsey Rychener said.

The aviation sector is expanding and offers numerous challenging and remunerative jobs, the camp's organizers said: The industry has ongoing needs for pilots, mechanics, engineers, air traffic controllers and many others.