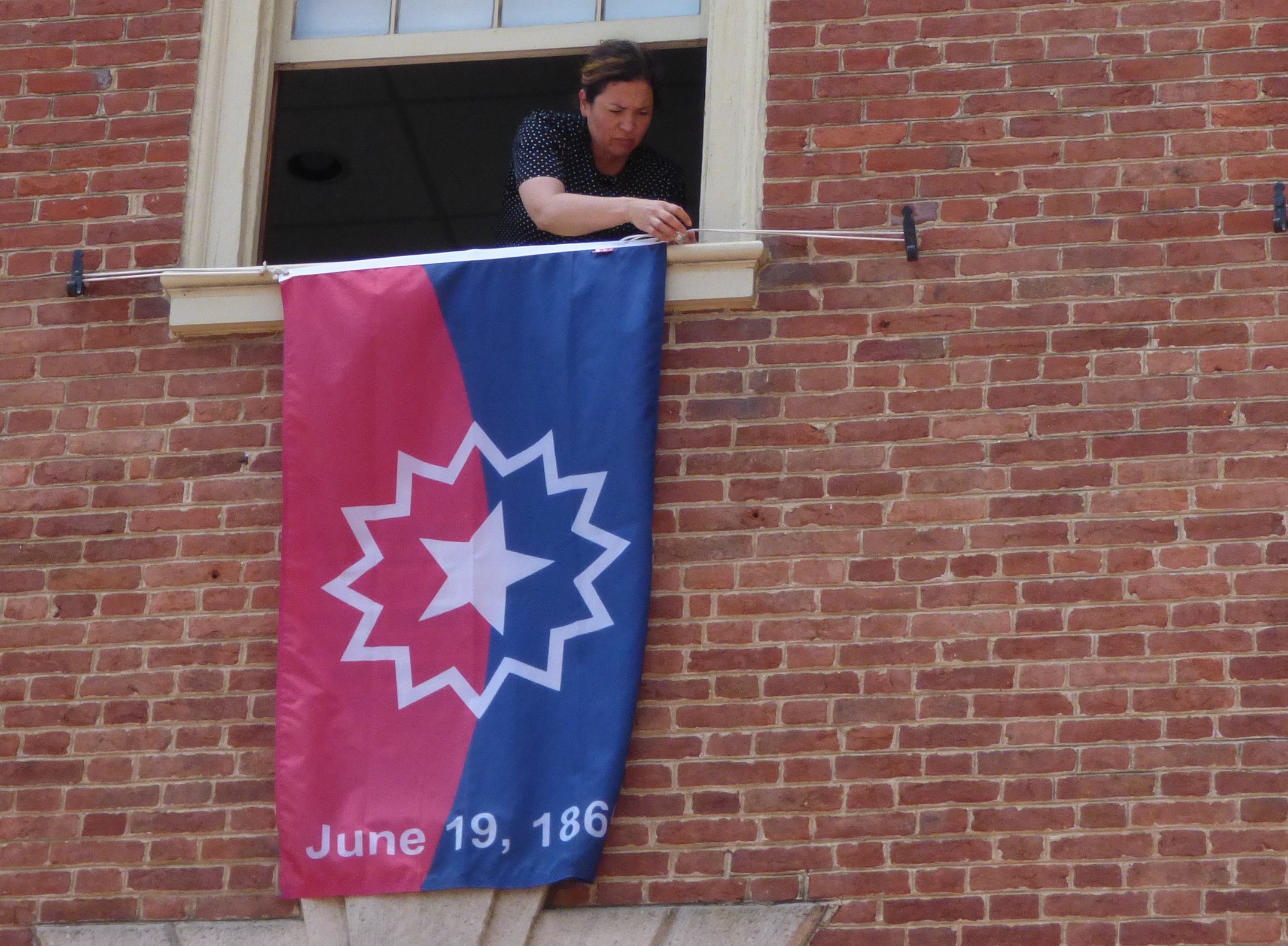 The NAACP Lancaster Branch, along with community members, held a flag “unfurling” Friday morning in celebration of Juneteenth.

Juneteenth is celebrated on June 19 each year in recognition of the end of slavery in the United States.

As the ceremony got under way, organizers belatedly discovered they had a Pan-African flag on hand, not a Juneteenth flag. The correct flag was located and put into place early Friday afternoon.

“I think it’s remarkable,” said Shayna Watson, with the Lancaster NAACP. “We have always celebrated Juneteenth, from what I understand, here in Lancaster County. However, we are starting to see more of an expansiveness around that.”

This is the second year Lancaster City has raised the Juneteenth flag. It will be up until Tuesday.

“This makes me proud not only of the NAACP Lancaster Branch but also of Lancaster County,” Watson said.

Normally, ceremonial flag raisings take place in front of City Hall. However, that area is currently under construction to add a handicap-accessible entrance ramp, so the city is temporarily hosing flag “unfurlings” at Penn Square instead.