Students participate in The Mix’s after-school programming. (Source: The Mix) 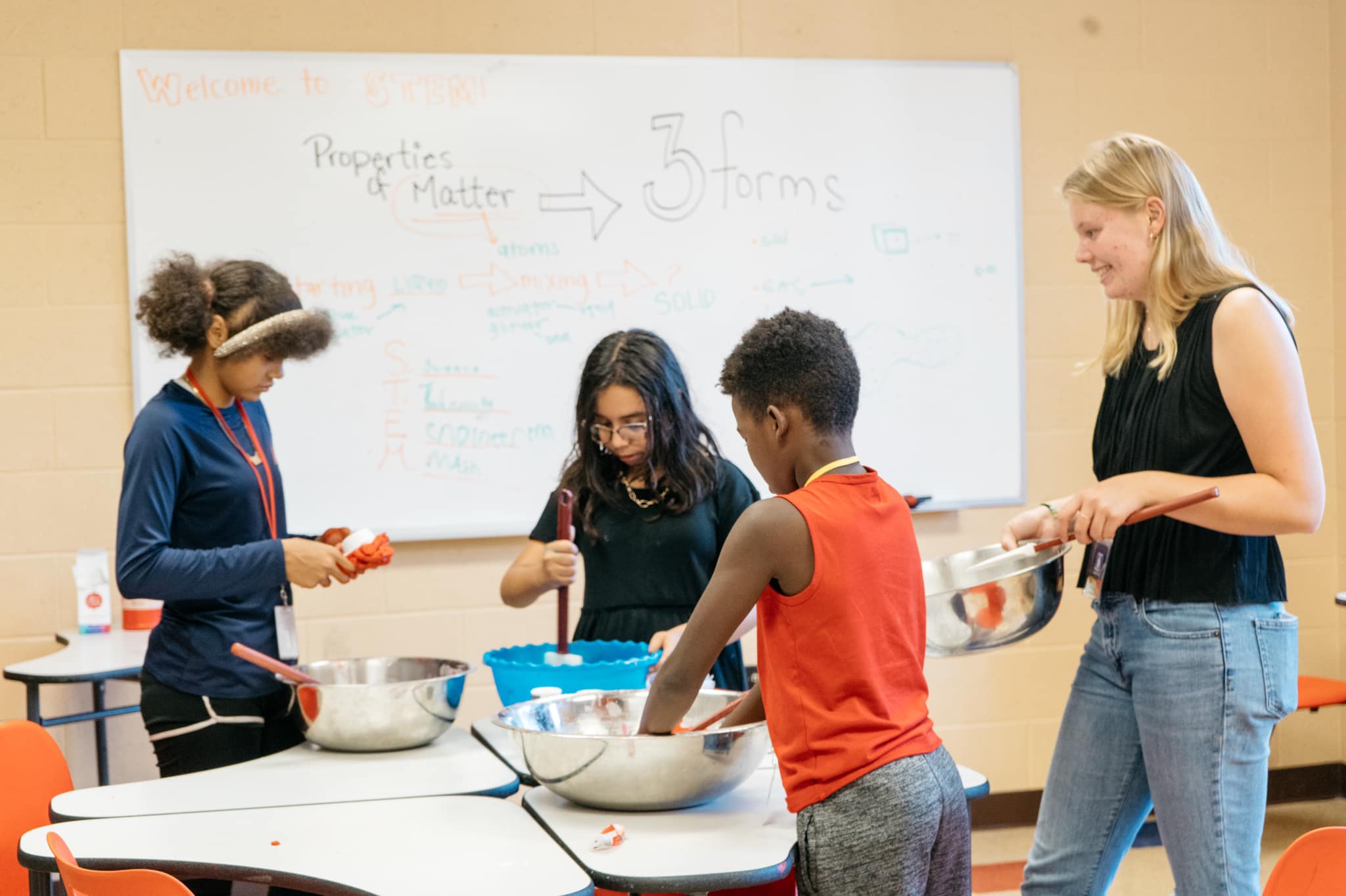 City Hall and the School District of Lancaster want to figure out how to make childcare work better for city families.

In coming months, the two entities plan to collaborate on a “School Age Childcare Gap Analysis.” It is to focus on Lancaster families, especially single working parents, and their needs for childcare before school, after school and over summer vacation.

The city and district have formalized their plans in a memorandum of understanding. It says they plan to use the results of the study to craft “a targeted strategy to align and expand a network of school age care.”

The city is taking the lead and is in charge of hiring a consultant, with SDL’s input. The district will pay the consultant’s fees, which are not to exceed $150,000.

There has been a lot of discussion around childcare coming out of the pandemic, Mayor Danene Sorace said. Parents’ difficulty in finding childcare is keeping them out of the labor force. In addition, there are concerns around maintaining students’ academic achievement and minimizing learning loss over the summer.

The study will include surveys, parent focus groups and interviews with childcare providers, she said.

The challenges around childcare are complex, SDL spokesman Adam Aurand said, and solutions “will require a full community effort.”

Even before Covid-19, access to affordable childcare was a concern. It was cited as a key barrier to reducing poverty in the Lancaster “One Good Job” report, released in late 2016.

“We need to bring all sectors together to find new models for providing a dramatic increase in safe affordable childcare,” it said.

Since the pandemic, the issue has become a crisis, locally and nationwide.

Low wages are leading to an exodus of staff, especially as wages rise in other industries and inflation erodes purchasing power. Providers’ ability to increase staff compensation is limited by what parents can afford to pay for care.

The median wage for childcare staff in Pennsylvania was just $11.26 as of May 2021, according to the U.S. Bureau of Labor Statistics.

Across the U.S., nearly 90,000 fewer people are working in childcare than in February 2020. In Pennsylvania, more than 1,000 licensed providers closed during the pandemic. A survey in mid-2021 found that more than 26,000 Pennsylvania children were on waiting lists.

Advocates say high-quality childcare promotes children’s intellectual development while freeing their parents to earn a living and feed their households.

Work schedules and school schedules rarely align, “so it is imperative to have additional community supports when extended family care is not an option,” Blake said.