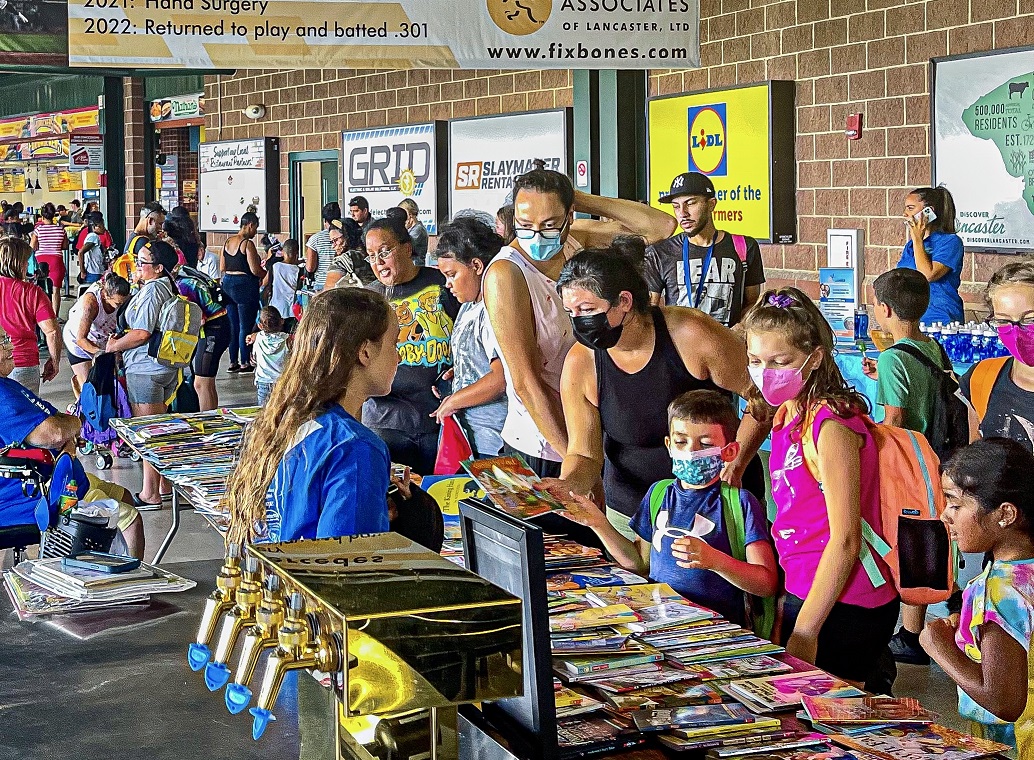 The event has grown into a community festival, with live music, food and games. It is supported entirely through private donations.

Tables and booths stretched the full length of the Clipper Magazine Stadium concourse, which was thronged by crowds throughout the afternoon. Some 300 volunteers donated time and effort to make the day possible and more than 50 community organizations took part as well as five musical groups.

“We ran out of space,” Miliano said.

The event had been conducted as a drive-through the past two years due to Covid-19 restrictions.

“This is so much more fun,” Rep. Sturla said.

Miliano described the day as a “one-stop shop” offering families access to a comprehensive range of services.

“We really want them to connect with the community,” she said.

The backpack handouts had been scheduled from noon to 2:30, but additional slots had to be added due to the number of signups.

(Editor’s Note: This article previously said, based on information provided at the event, that more than 2,000 children had been served. Rep. Sturla’s office subsequently said the figure was lower; the article has been revised accordingly.)