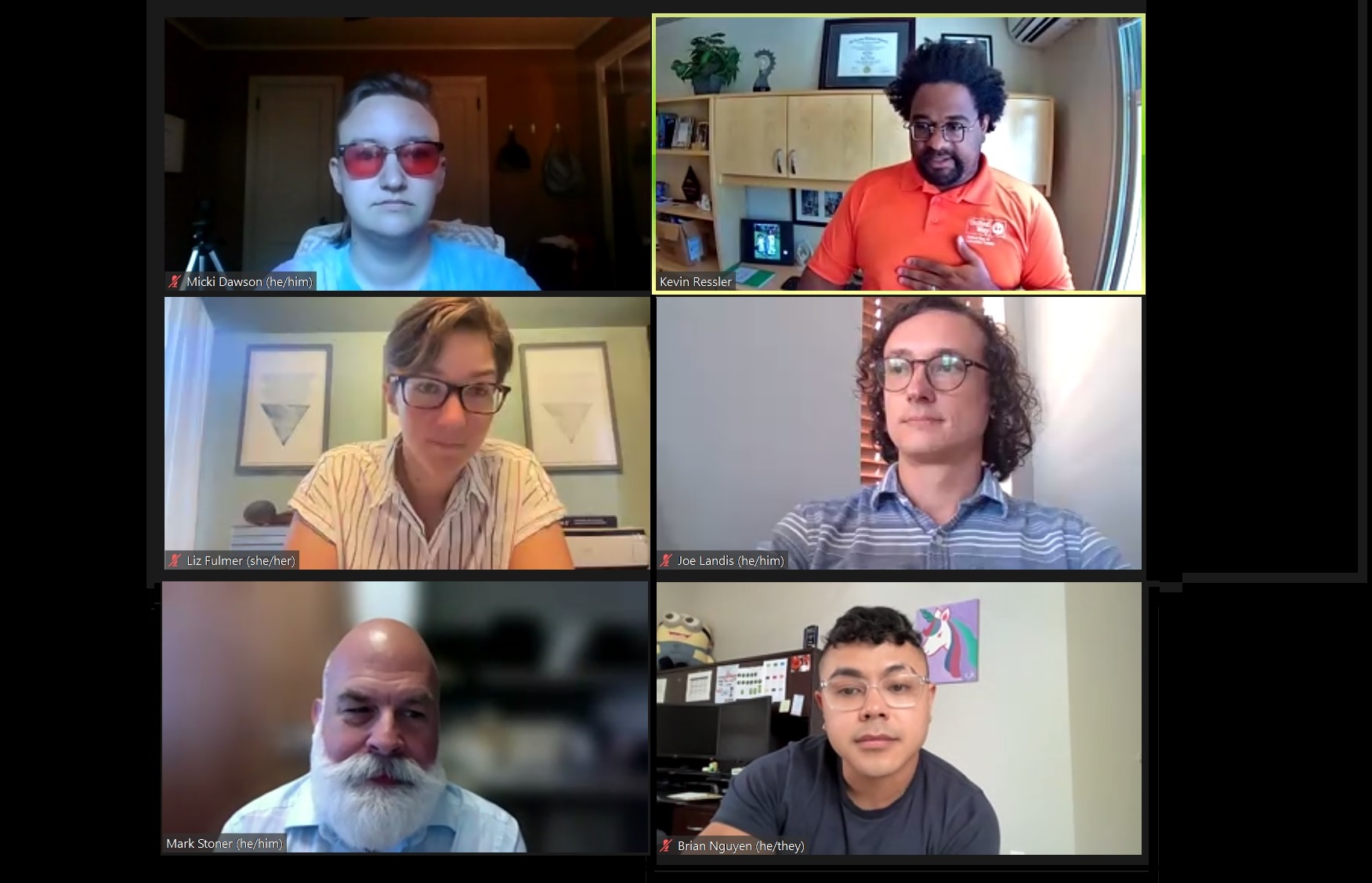 They discussed the evolution of local attitudes, the persistence of prejudice and both the challenges and the liberating power of living authentically.

“None of us gets to choose who we are, but it’s a gift to be accepted,” said Joe Landis, who works at Church World Service as a housing specialist.

Pride means being able to live “authentically and courageously and unapologetically as ourselves … without fear of judgement,” said Brian Nguyen, communications director for Community Action Partnership of Lancaster County and for the Lancaster LGBTQ+ Coalition.

Sponsored by United Way of Lancaster County, the Zoom event, on “Lancaster’s LGBTQ+ Reality & Resilience,” took place during Pride Month, on the 53rd anniversary of the Stonewall uprising in New York City, often seen as the starting point of the modern gay rights movement.

Nguyen said his voice “was always silenced” growing up. His parents had fled Vietnam during the war and resettled in Allentown, where they hewed to their conservative Catholic faith as they struggled with poverty.

When he came out to his father over the phone in 2013, the older man disowned him. Nguyen said he attempted suicide twice during his journey to self-acceptance and credited his “found family” with giving him the support he needed.

He vowed, he said, “to use my skills and lived experience to see the world from a different perspective, and provide a space for everyone to feel empowered, to be seen and feel heard.”

Micki Dawson, a trans man, works at Harrisburg Midtown Arts Center and is the secretary for Lancaster Pride.

Dawson said he knew he was bisexual from a young age, but for years didn’t know trans men existed. Like Nguyen, he attempted suicide twice.

“Since coming out and transitioning, I’ve never once had a day where I’m like, ‘You know what, this is it. I don’t feel like being here anymore.’ And before that, it was most days,” Dawson said.

Landis said it took him a long time to accept other gay people fully, let alone himself, as he was growing up. He comes from a conservative, religious background; when his older brother came out more than a decade ago, his family was unable to come to terms with it.

College helped, he said, and in Jordan, he found support through a small community of gay Christians. He said he gradually came to realize he was hurting himself by holding back from the possibility of intimate relationships.

Today, the majority of his family is accepting, though not everyone, he said.

In May, the Rev. Liz Fulmer was ordained at Grandview Church, which disaffiliated from the United Methodist Church in 2021 over its stance on LGBTQ+ issues.

Grandview is a welcoming, affirming congregation, but it didn’t get there overnight, Fulmer said. The process began some three decades ago when the church invited outside speakers to tell their story. That allowed the congregation to share their own stories of gay friends and relatives. She also credited the staunch allyship of a former pastor.

The notion that you can’t be queer and Christian has been the dominant narrative historically and remains potent today, Fulmer said, “so, when queer Christians show up in church spaces or religious community, it is a tremendous act of bravery.”

As a lead-in to the panel discussion, Mark Stoner gave an overview of national and local LGBTQ+ history. Stoner, who works for Hospice & Community Care, has been an activist since the 1990s. He serves on the Lancaster City Human Relations Commission, helped launch the Lancaster Pride Festival and is part of Embrace, which encourages LGBTQ+ acceptance among religious groups.

Stoner said he sees clear parallels between historic and contemporary opposition to LGBTQ+ rights. then and now.

“They still use the same kind of excuses, that they’re upholding Christian values … to get their racism and anti-gay views into the mainstream,” he said.

A lot of work remains to ensure acceptance for all marginalized communities, Dawson said. The lack of trans visibility when he was growing up is part of why he makes it a priority to be visible today, he said.

Fulmer acknowledged that it’s hard, but encouraged queer people who haven’t embraced their identities to do so.

“Queerness is not a flaw,” Fulmer said, “… In fact, I consider it a superpower.”