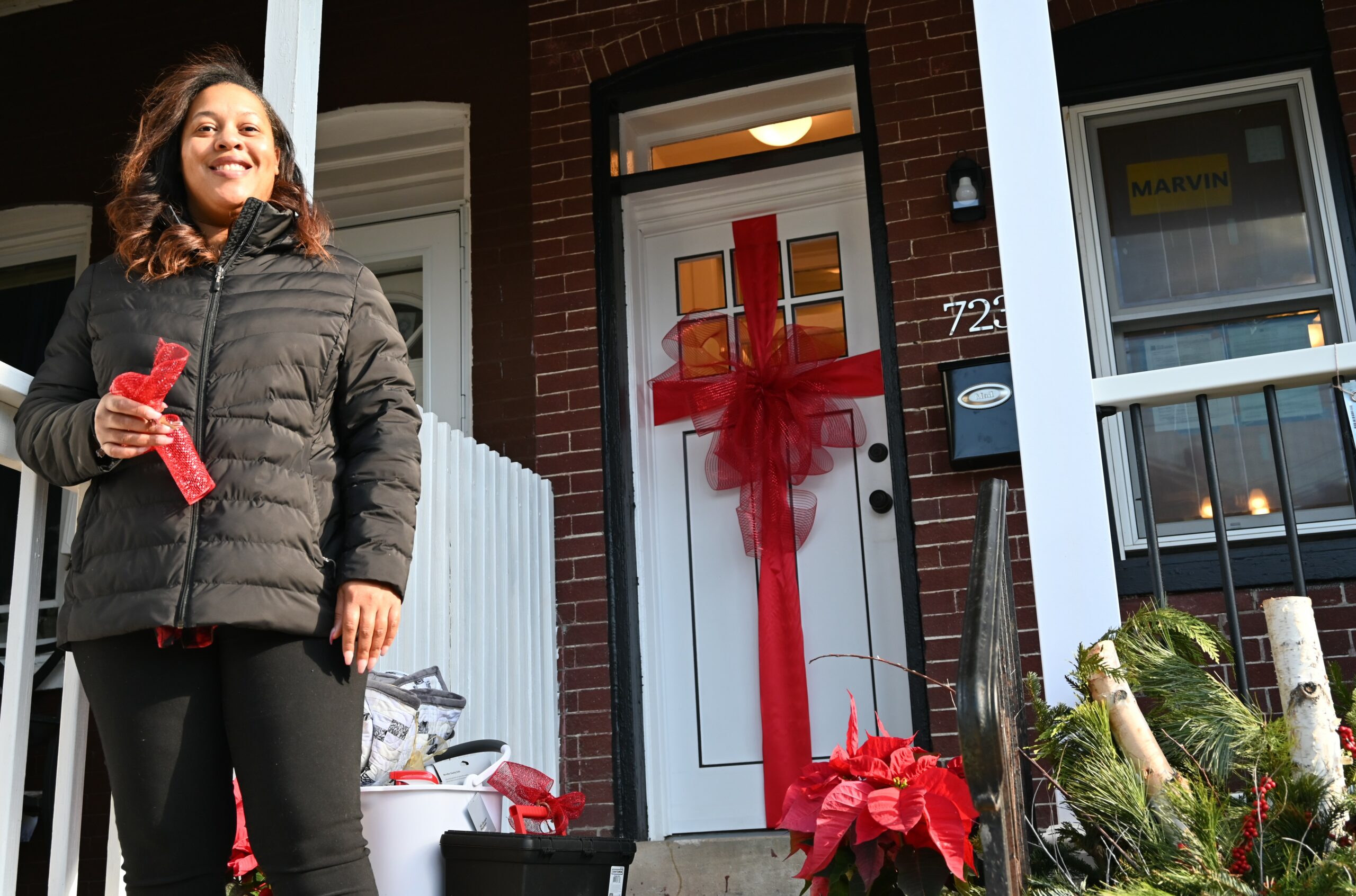 “We had a very nice turnout, good weather and a happy family of new homeowners,” Director of Development and Communications Amy Balestier said.

Shamaica Wright and her three children are moving into a formerly condemned house on South Lime Street that Habitat for Humanity acquired through the city redevelopment authority.

More than 300 volunteers put in 3,100 hours to renovate it over a little less than nine months. Wright herself contributed 260 hours of sweat equity.

Saturday’s dedication included a blessing of the home by Brightside Baptist Church Deacon Hosea Carter; comments from Habitat leaders and redevelopment authority board member Willonda McCloud; and presentation of the keys to Wright, along with housewarming gifts.

(Photos: Habitat for Humanity of Lancaster-Lebanon)