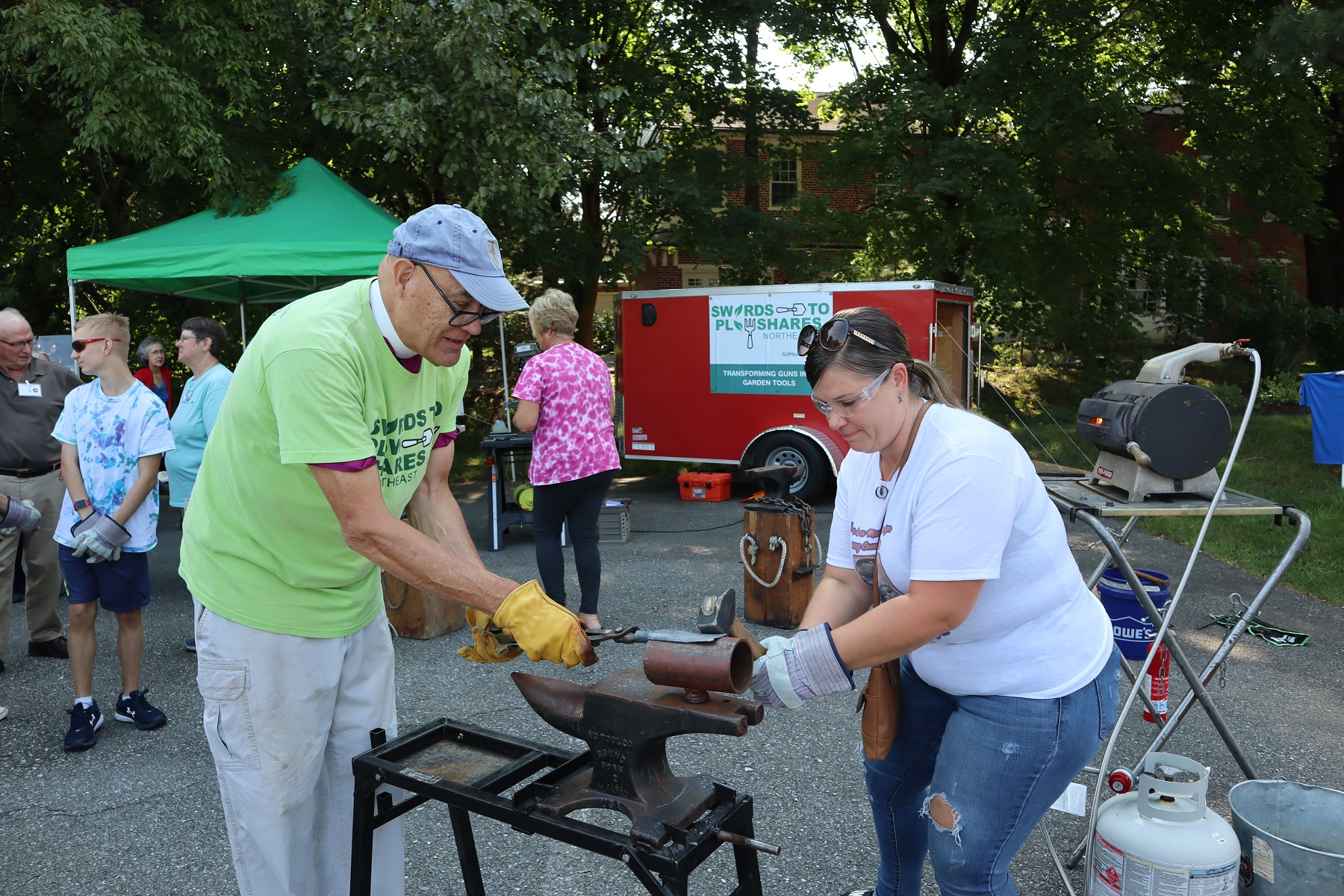 "This is heartbreaking to see," Lindsey Martin said Saturday as she surveyed the assemblage of T-shirts displayed in the garden at St. Edward's Episcopal Church.

Each one bore the name of a gun homicide victim, along with his or her age and date of death. There were 76 in total, representing the toll in Lancaster County over the past 10 years.

The "Memorial to the Lost" exhibit was part of "Sowing Seeds of Love: A Morning of Learning, Action & Prayer on Ending Gun Violence." The event brought together an array of organizations, including advocacy groups, mental health professionals and the local police department. 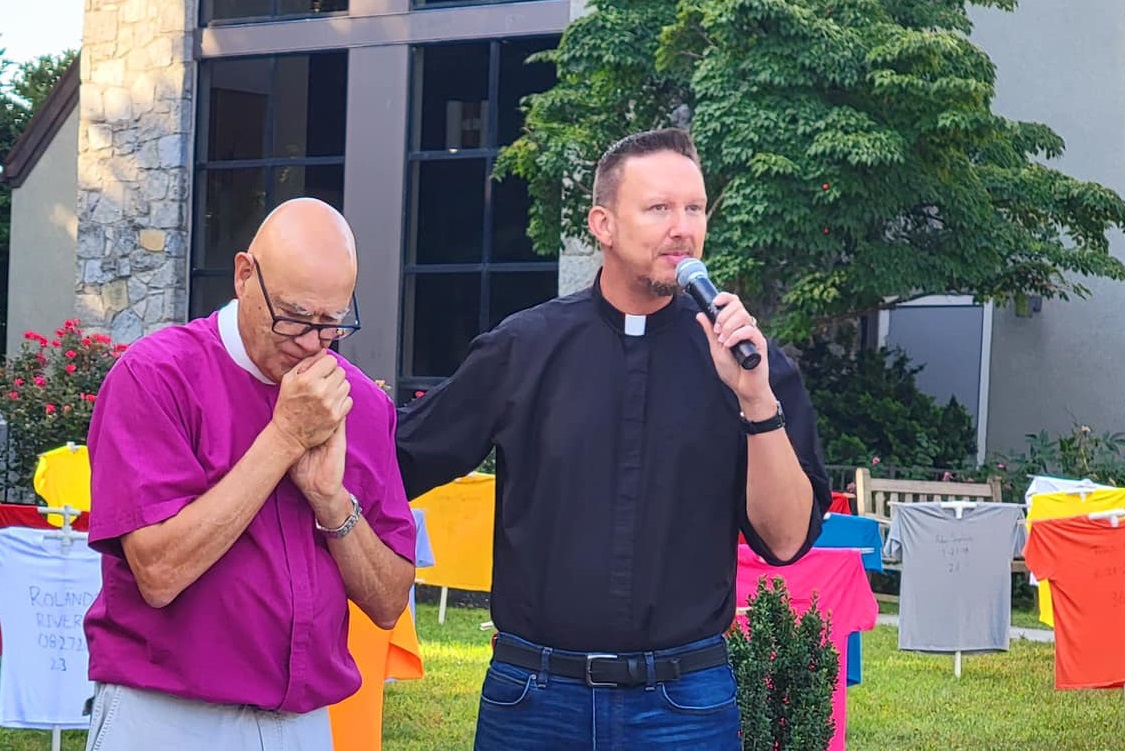 The Rev. Rick Bauer, St. Edward's pastor, said the East Hempfield Township church wanted to create "a polyphony of perspective" to encourage "open-hearted, open-minded" conversation and reflection about gun violence and its impact on the community.

Martin knows first-hand the wrenching toll that gun violence has on the loved ones left behind: Her fiancé, Kendell Cook, was shot and killed last year at GQ Barbershop, the business he owned in Carlisle. The alleged shooter, a former employee named Michael Anthony Baltimore, remains at large; this summer, he was placed on the U.S. Marshals 15 most-wanted list.

On Saturday, she helped the Right Rev. Jim Curry, a retired Connecticut bishop, hammer a gun barrel into the shape of a trowel blade.

Curry is co-founder of Swords to Plowshares Northeast, an organization that puts into practice the message of its namesake Bible verse, Isiah 2:4.

Heated in a small portable forge, gun components are hammered into trowels, adzes or heart pendants. The guns are turned in voluntarily and destroyed under police supervision, Curry said.

"Too many guns are unsafely stored," Curry said. "This is a way ... to change them into something that has a positive purpose."

Later, the trowel that Martin fashioned would be fitted with a hand-turned wooden handle. Swords to Plowshares donates the garden tools it makes to community gardens and food banks. One went to East Hempfield Township Food Bank in connection with Saturday's event, Curry and Bauer said.

Faith-based nonprofit Heeding God's Call to End Gun Violence began creating local Memorials to the Lost in 2013, Executive Director Bryan Miller said. The St. Edward's display was the first time one has been done for Lancaster County, he said: There are plans to display it next at Grandview Church, though dates haven't been decided.

Mid-morning Saturday, a 77th T-shirt, bearing Kendell Cook's name, was added to the memorial. Martin called the array an amazing way to convey the human loss of gun violence.

"People need to know," she said. 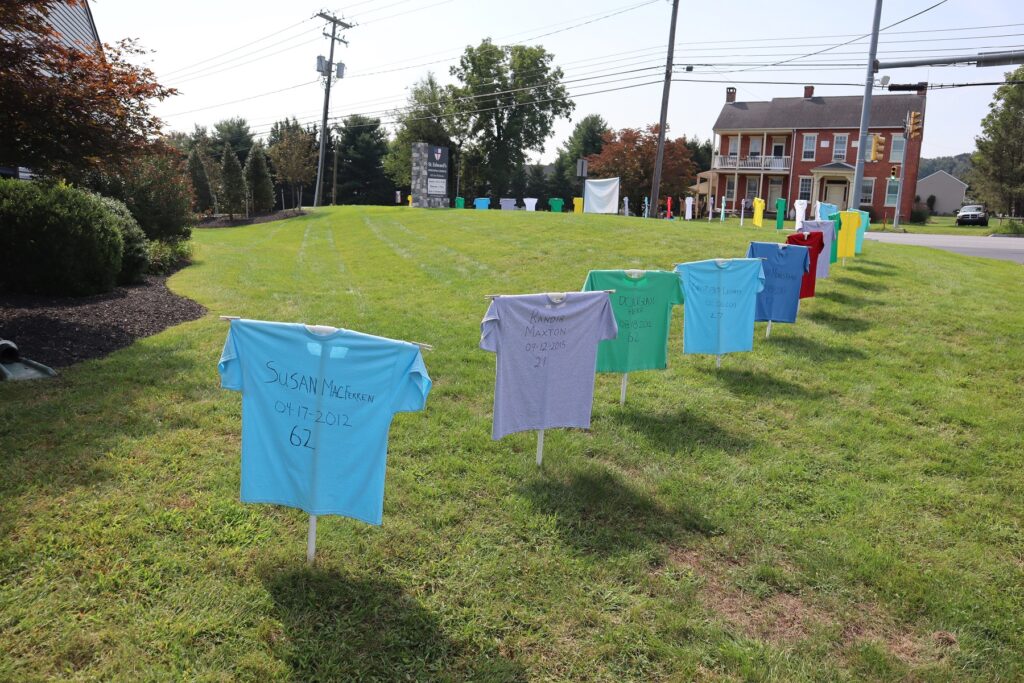 A portion of the Memorial to the Lost stretches in front of St. Edward's Episcopal Church along Harrisburg Pike and Sylvan Road. 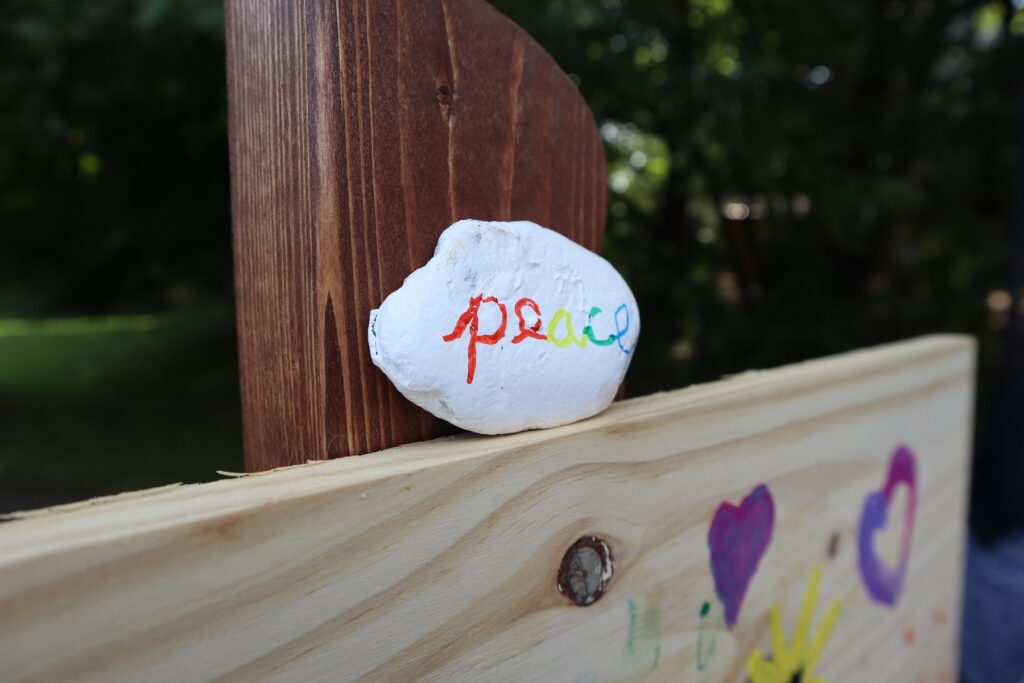 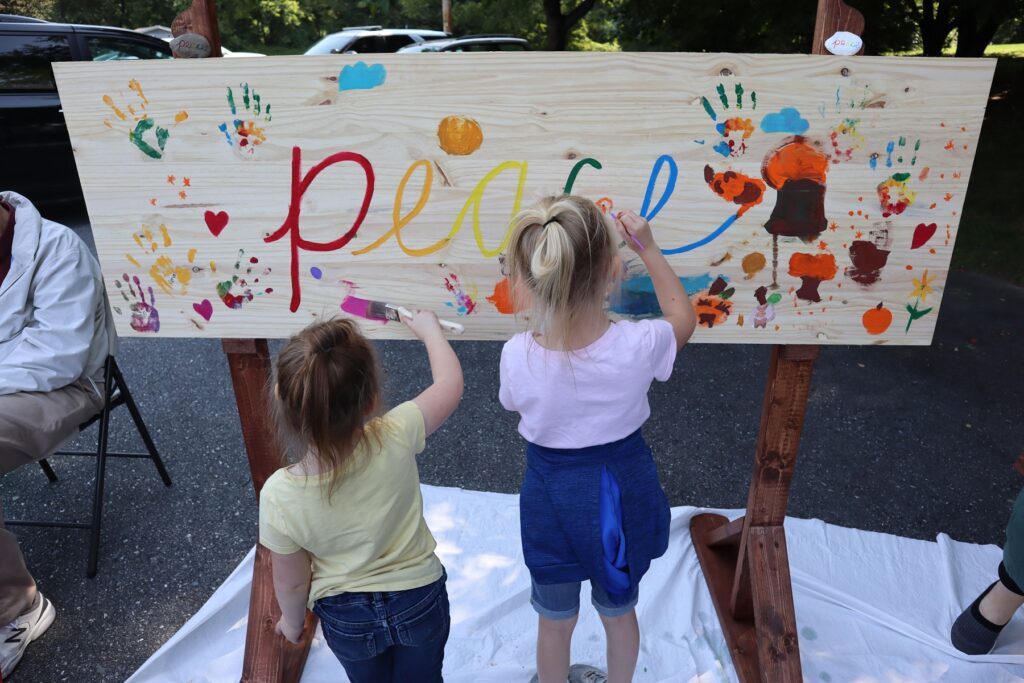 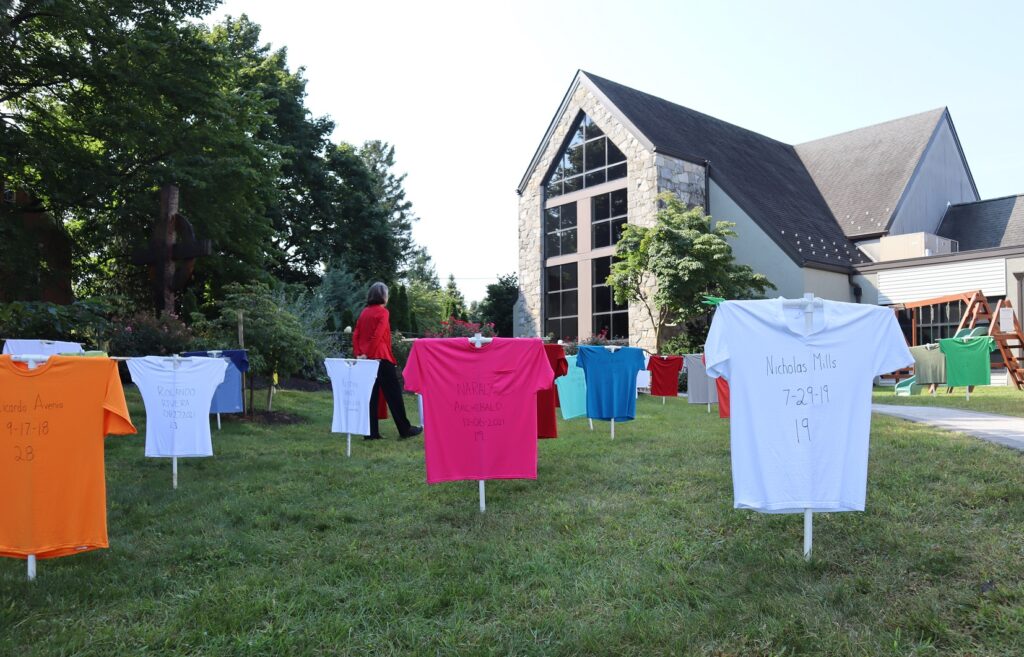 A woman strolls through the Memorial to the Lost. 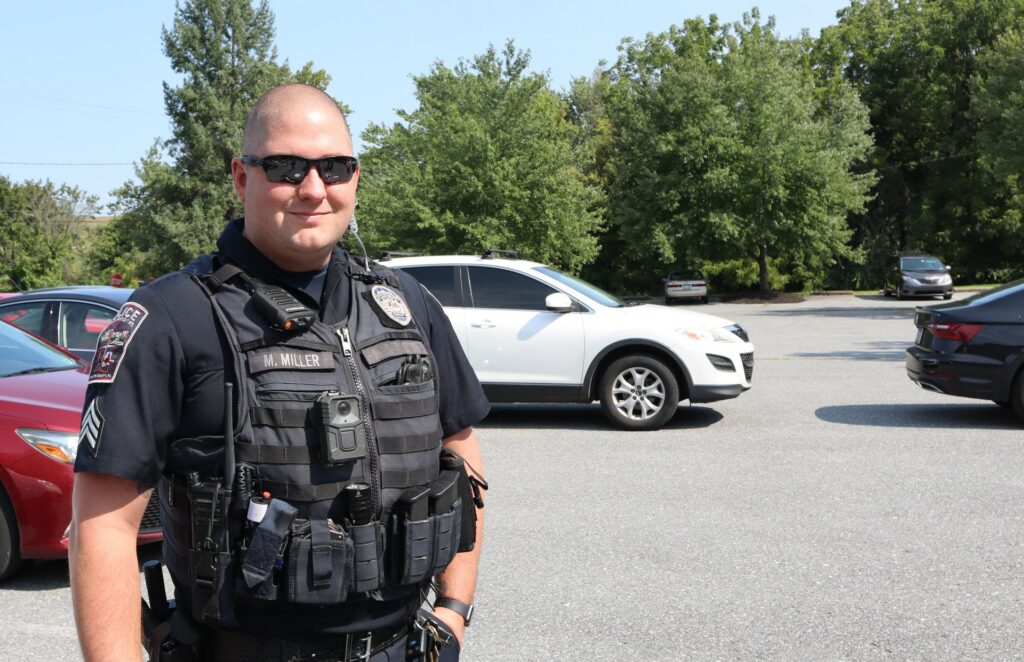 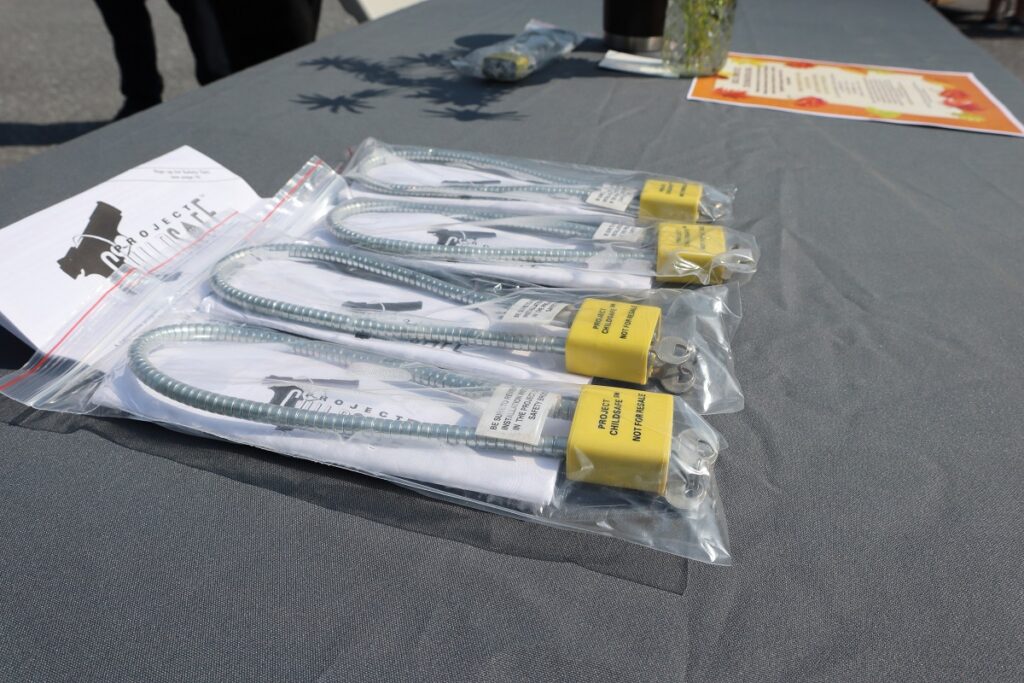 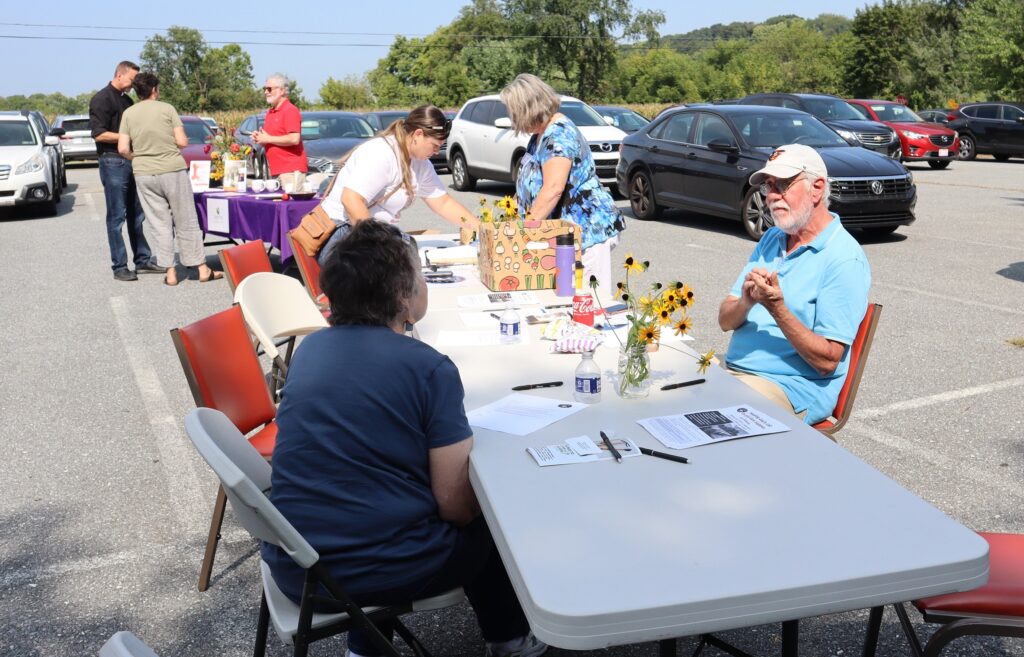 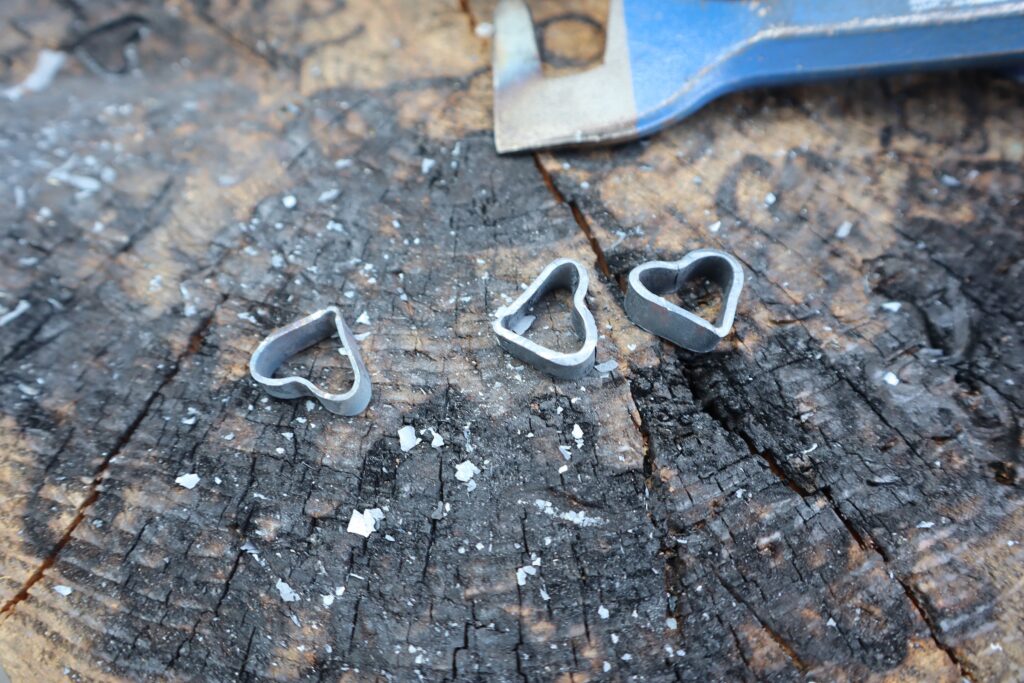 Heart pendants made from gun barrels. 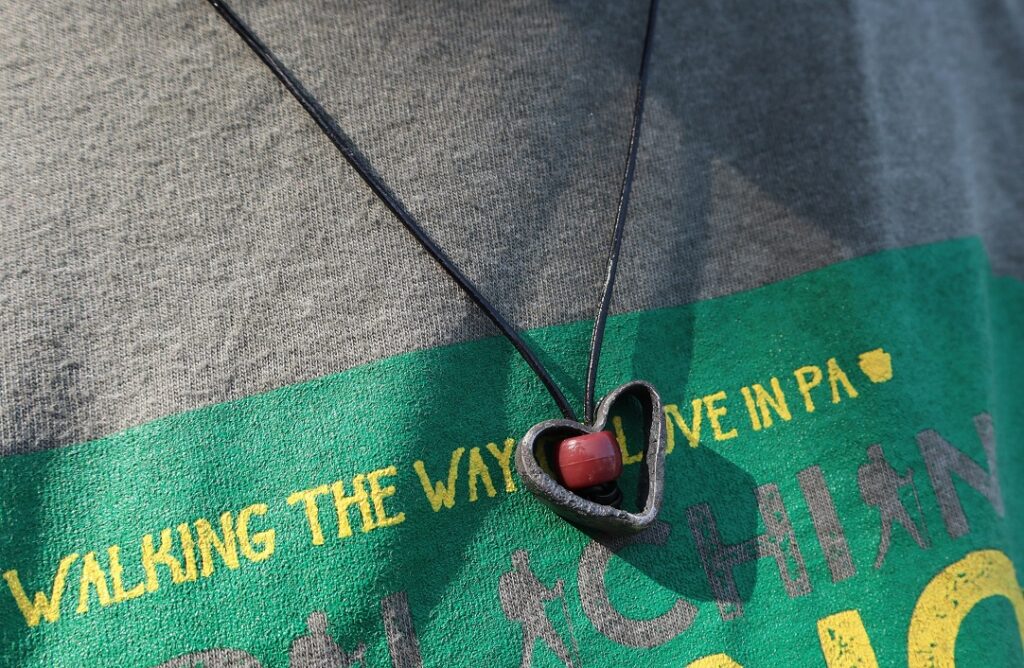 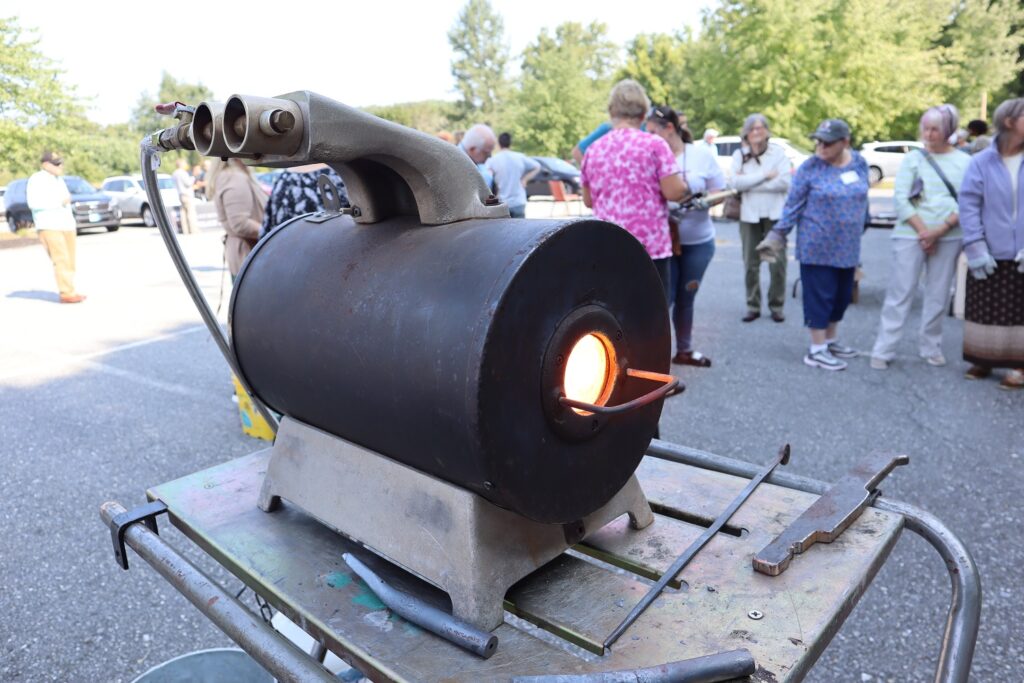 The forge used by the Right Rev. Jim Curry to melt and reshape former firearm components. 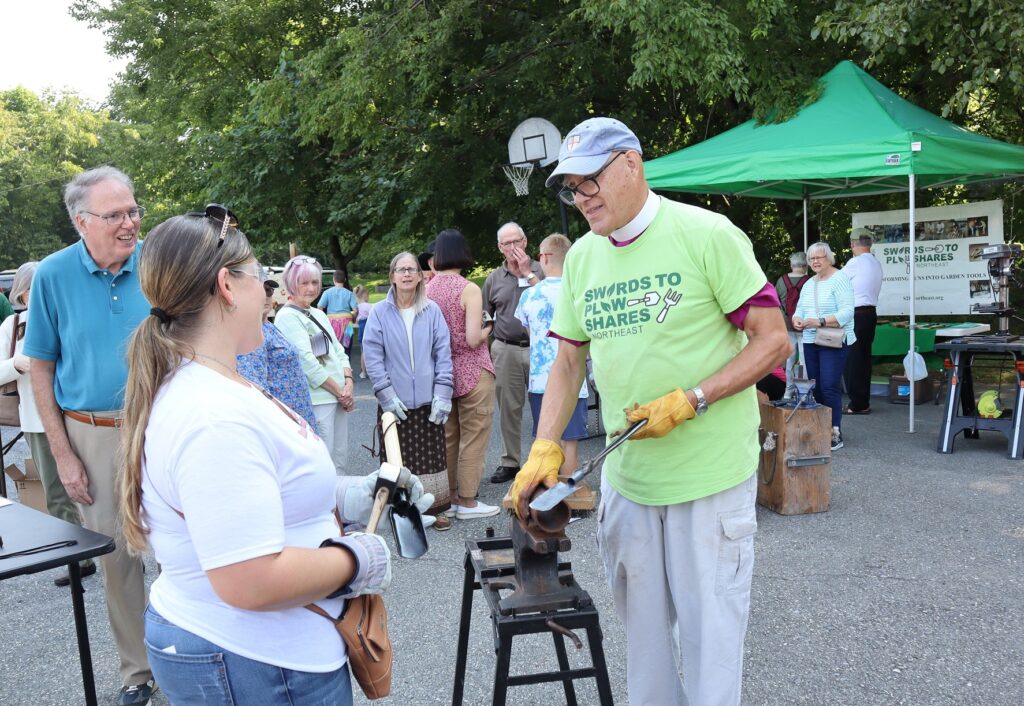 The Right Rev. Jim Curry gives Lindsey Martin a short-handled trowel with a blade made from a repurposed gun barrel. 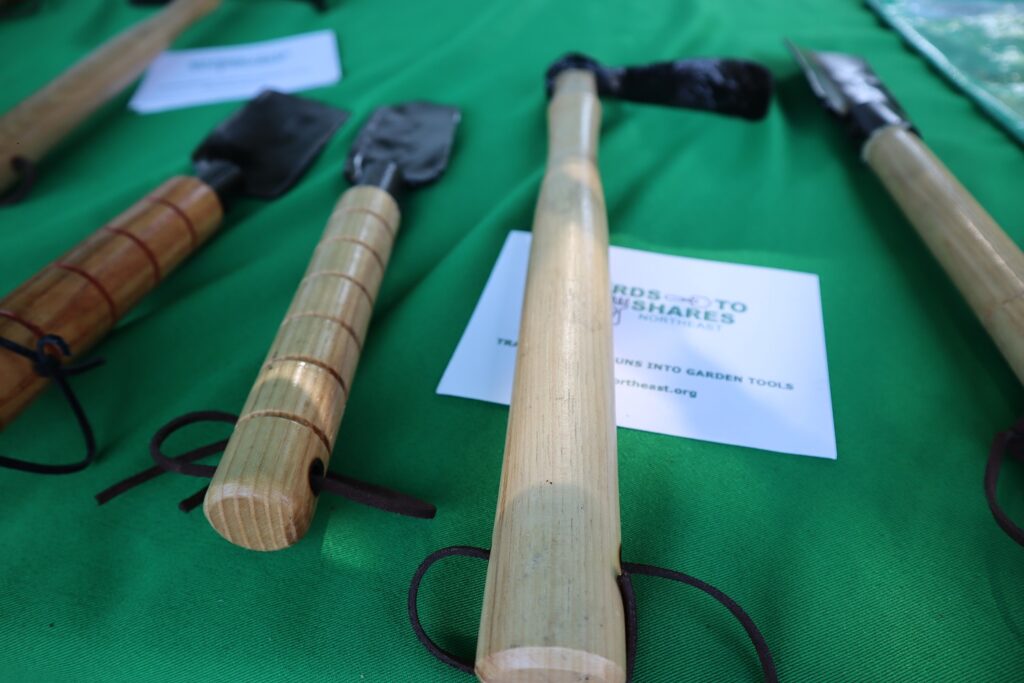 Some of the tools made by Swords to Plowshares.