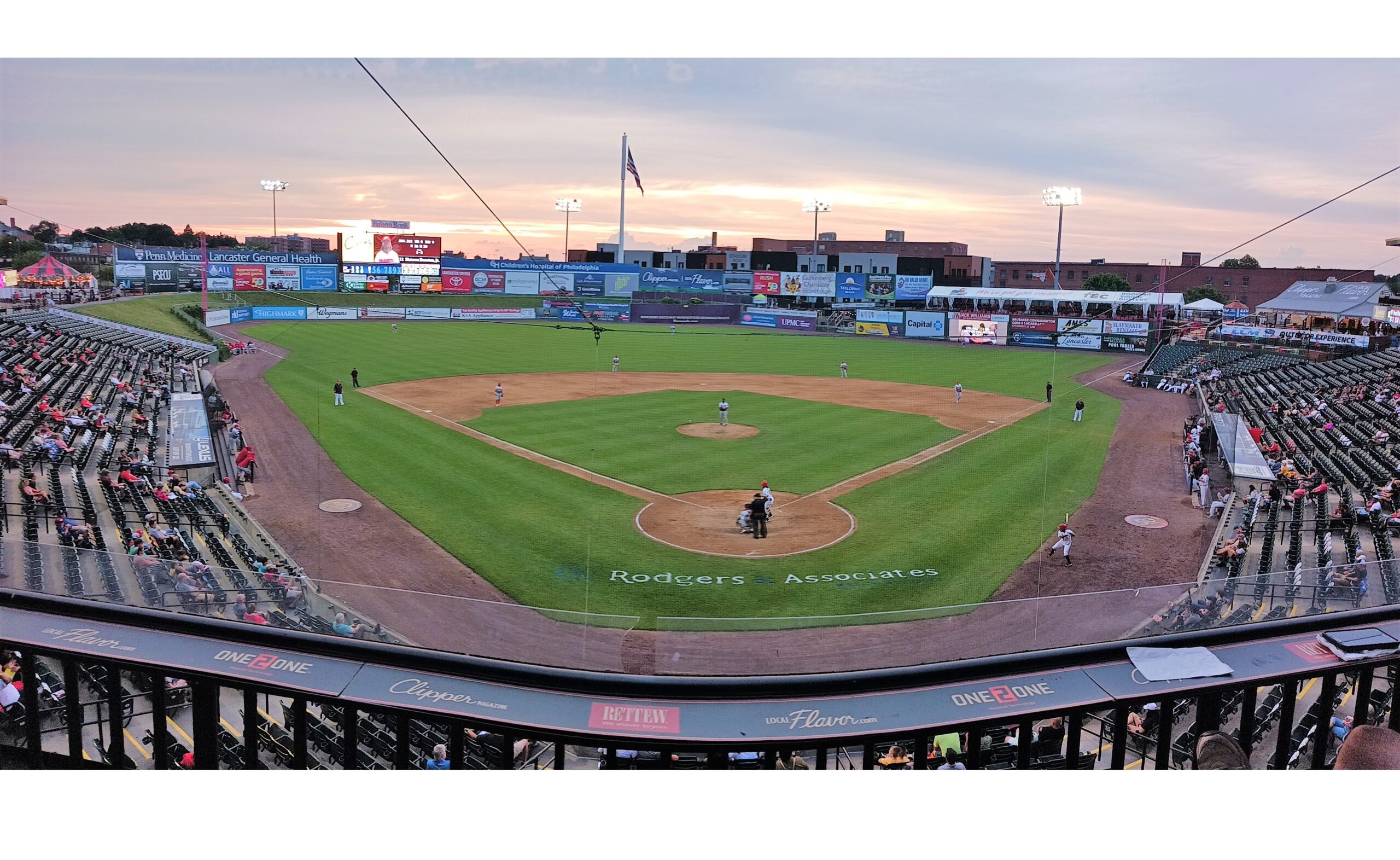 Next year, when the Lancaster Barnstormers walk out onto the field at Clipper Magazine Stadium, it’s expected that they will be stepping onto artificial turf rather than natural grass.

The changeover, to be made during the off-season, will improve the field’s durability, versatility and safety, General Manager Mike Reynolds said.

Natural turf fields require more upkeep than artificial turf and are easier to damage. Even without allowing other events onto the field during baseball season, groundskeepers have to be alert for divots, gouges and other damage stemming from normal play.

With artificial turf, the Barnstormers will be able to provide a consistent playing field game after game while hosting other events at the stadium more frequently. It will make for “the best of both worlds,” Reynolds said.

For example, an artificial field would be resilient enough to have an event at the stadium in the morning and still play a ball game that evening, he said.

The changeover will cost an estimated $1.3 million. It’s being covered with funding from the City Revitalization & Improvement Zone program, or CRIZ.

Through the CRIZ, the state returns business taxes paid by companies in a designated zone to a local authority to fund economic development projects. There are just three CRIZ municipalities in Pennsylvania: Lancaster, Bethlehem and Tamaqua Borough.

The artificial turf changeover is among CRIZ-funded renovations costing just over $2 million that are planned at the stadium between 2023 and 2028.

In May, the local CRIZ authority signed off on funding the projects. A required state approval is pending.

The CRIZ payments will go to the stadium’s owner, the Lancaster County Redevelopment Authority. The Barnstormers organization is the stadium’s tenant and pays rent to the authority to cover debt service on the stadium’s construction bonds, which are guaranteed by the county. (Beginning in 2017, the county began paying a portion of the stadium’s rent as part of a financial rescue deal.)

Besides the turf, the renovations involve things like roof replacement, a new kitchen and new netting — not unusual expenses for a stadium approaching its 20th anniversary, Reynolds said.

The CRIZ Authority board members saw potential economic benefit in replacing the turf, said Marshall Snively, president of the Lancaster City Alliance. A former board member himself, he became executive director of the CRIZ Authority when the alliance took over administration of the program from the city.

Like Reynolds, he pointed to the increasing use of the stadium for community events, such as this year’s J.P. McCaskey High School and Thaddeus Stevens College of Technology graduation ceremonies.

This Sunday, the stadium will host state Rep. Mike Sturla’s Back-to-School event, which provides free school supplies and services to School District of Lancaster students entering kindergarten through 8th grade. It’s expected to draw around 2,000 students and their families.

It and similar events have typically been limited to the stadium concourse and entrance, although sometimes vendors are allowed in the infield and along the foul lines. With a turf field, Clipper Magazine Stadium will be able to expand the area it makes available, allowing larger events, Reynolds said.

The amount of money available through the CRIZ depends on 2021 tax collections and won’t be known until October, when the state releases the data. If the full $1.3 million for the turf project isn’t available this year, some of the promised payment would have to wait until next year or the year after.

There should be enough money, however. Even in 2020, despite the statewide business shutdown ordered due to the pandemic, Lancaster’s CRIZ generated $7.8 million for distribution in 2021. The CRIZ Authority is “pretty confident” it will see robust numbers in October, too, Snively said.

The CRIZ program requires recipients to contribute at least $1 in matching funds for every $5 of assistance. Spending on other stadium maintenance expenses will meet that obligation, Reynolds said.