(Editor's Note: This article is provided through the Pennsylvania NewsMedia Association, which advocates on behalf of the state's independent media organizations.)

Last month, Punxsutawney Phil emerged and declared six more weeks of winter, so we’re not talking about the weather.

Sunshine Week is an annual celebration – this year, it's March 13-19 – aimed at promoting open government. The annual observance was launched in 2005 by the American Society of News Editors, now the News Leaders Association, and features events throughout the United States, including here in the Keystone State.

But do we really need an entire week dedicated to highlighting the importance of public information? From this open-government lawyer’s perspective, the answer is a resounding “yes.”

But all too often citizens and reporters are left in the dark when it comes to answers about how public money is being spent. A few examples:

• News outlets throughout the state have extensively covered the coronavirus pandemic, providing the public with relevant information to help them stay healthy and understand the disease that upended their daily lives. But reporters’ work informing the public has been repeatedly delayed and denied by officials at the Pennsylvania Department of Health. Although the agency collects massive amounts of information about public health issues, it has withheld critical information from the public throughout the past several years. The department is currently fighting in the state’s Commonwealth Court to shield COVID-19 and other infectious disease data regarding hospitalizations and deaths by ZIP code, arguing that the information is confidential under a 67-year-old law.

• WITF reporter Brett Sholtis has persisted since July 2020 in his attempts to obtain footage from the Bucks County Correctional Facility of an incident involving a pretrial detainee. The state’s Office of Open Records determined in October 2020 that the video should be released; the county appealed and the case is now pending a judge’s review in the Bucks County Court of Common Pleas.

• Pittsburgh reporter Brittany Hailer is trying to obtain autopsy records about the death of a man at the Allegheny County Jail. Although there is high public interest in learning about the nature of recent deaths in the correctional facility, a county judge ruled in the county’s favor that it did not have to turn over the records. The case is on appeal to the Commonwealth Court.

But it’s not all gloom and doom! (It is Sunshine Week, after all). Pennsylvania has made progress on transparency in several key areas, including access to court records and judicial appointments, thanks to a few significant cases that have expanded the public’s access to important information.

In one case last year, the Commonwealth Court ruled that the state must make judicial vacancy applications available to the public. The decision gives the people of Pennsylvania a clearer view into the workings of judicial appointments, a process now in the spotlight during Gov. Tom Wolf’s final year in office, and his final opportunity to fill judicial vacancies by appointment.

Speaking of the judiciary, court records and proceedings in Pennsylvania are mandated by both the state and federal constitutions to be open to the public. But too often court proceedings and records are sealed from scrutiny. In several cases last year, the Reporters Committee for Freedom of the Press helped to ensure public access to court proceedings, including criminal, civil and custody cases.

For example, in Blair County, a judge in December ordered the unsealing of dozens of records in two civil lawsuits brought against Bellwood-Antis School District and a former wrestling coach, alleging the district didn't intervene to stop the coach's sexual abuse against minors. The Altoona Mirror sought the unsealing to ensure the public had a full understanding of the proceedings.

Pennsylvania has long had a culture of government secrecy, but the sun is starting to shine on more transparent operations. 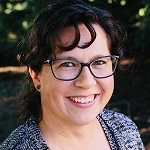 Paula Knudsen Burke
Paula Knudsen Burke is a staff attorney at the Reporters Committee for Freedom of the Press, where she focuses on providing free legal support to journalists in Pennsylvania through the organization’s Local Legal Initiative.