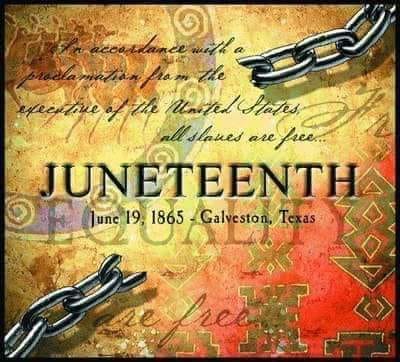 On July 5, 1852, the Ladies Anti-Slavery Society of Rochester, NY invited the famous black, freed-slave abolitionist Frederick Douglass give a speech as part of commemorations for the Fourth of July. July 5th, the day of the speech, was commemorated by many black folk living in America, in honor of New York freeing black folk when 10,000 were freed and 4,000 black folk celebrated marching down Broadway in NYC. While the document was signed on July 4th, the movement by Douglass and others was to put the commemoration of 1827 on July 5th. 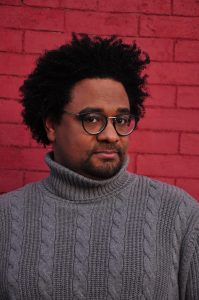 The reasons are probably best outlined in his speech before those women in 1852 titled, “The Meaning of July Fourth for the Negro.” Frederick Douglass delivered his searing critique ten years before President Abraham Lincoln signed an executive order and delivered the presidential proclamation known as The Emancipation Proclamation, on September 22, 1862. Though signed, the proclamation and executive order would not go into effect until January 1, 1863.

Even then, it was not until June 19, 1865 that General Gordon Granger would ride into Galveston, Texas to proclaim emancipation had come to all, even those still enslaved there. This day, in Galveston, is the day we commemorate and call “Juneteenth.”

In his Rochester speech, Douglass gave these words from his perspective:

This Fourth July is yours, not mine. You may rejoice, I must mourn. To drag a man in fetters into the grand illuminated temple of liberty, and call upon him to join you in joyous anthems, were inhuman mockery and sacrilegious irony. Do you mean, citizens, to mock me, by asking me to speak to-day?

And, later stated what he recounted the likely opinion of a still-enslaved person:

What, to the American slave, is your 4th of July? I answer; a day that reveals to him, more than all other days in the year, the gross injustice and cruelty to which he is the constant victim. To him, your celebration is a sham; your boasted liberty, an unholy license; your national greatness, swelling vanity; your sounds of rejoicing are empty and heartless; your denunciation of tyrants, brass fronted impudence; your shouts of liberty and equality, hollow mockery; your prayers and hymns, your sermons and thanksgivings, with all your religious parade and solemnity, are, to Him, mere bombast, fraud, deception, impiety, and hypocrisy -- a thin veil to cover up crimes which would disgrace a nation of savages. There is not a nation on the earth guilty of practices more shocking and bloody than are the people of the United States, at this very hour.

It is powerful, and it is important to note that those who invited Frederick Douglass knew Douglass. The group’s treasurer, Julia Griffith, was a friend who had helped fundraise to keep Douglass’ paper, The North Star, solvent. This speech was no “gotcha” speech or bait and switch. In 1852, there were good people on one side who desired freedom for their black brethren and sistren. It was not just in Rochester, NY. After delivering the speech on this day, Douglass would print the pamphlets and sell them around the nation. He would sell them by the single sheet or bundles.

Today, we are in a similar moment of crises. It feels as if the continued scourge of racial malignance, both conscious and unconscious, has found a new generation of detractors. It seems as if there is again a demand for legislation and systemic change that roots out the policies that repeatedly allow individual acts of evil by law enforcement agents who would exact vacuous hatred as calmly as they would sip from a small cup of water. It may even seem that there is a coming reckoning for milquetoast politicians who proclaim to be in support of justice but whose policy invectives are light even as their speeches sound full.

On this day, June 19, we celebrate Juneteenth. And we must take a moment to ingest this societal memory. In Galveston, Texas, slavery continued unabated even two and a half years after the Emancipation Proclamation went into effect. Imagine this with me! Imagine you are a slave.

I mean, pause, and think of the images you have seen in movies and other depictions which are nothing if not watered-down versions of the heinous reality. Imagine, though, that you are enslaved by some morally bereft farmer. In your life you have been bought and sold, you have seen your children ripped from you because they could command a good price somewhere to satisfy the deviant eye of an urban slave owner not wanting to make their own meals or the greed of plantation farmer who would rather not be bothered to plow his own fields.

Now, rejoin me in today. Let us be clear about the history. Slavery continued to be legal, those who had been enslaved were no longer. They were emancipated. Slavery, though, remained legal until December 6 with ratification of the thirteenth amendment. Even after Juneteenth in the law, the system, allowed for slavery.

But, today, we celebrate that even though dreams have often been deferred or denied for Black Americans, we press on. Pieces of justice come, nearly never delivered in the same generation of those who demand it. We fight, risk to life and limb, never for ourselves but for each other and those yet to come. The invitation stands, because we know freedom always comes faster when our white brothers and sisters cry out in demand with us. After all, it is they for whom the legislative and cultural disenfranchisement is designed to benefit and protect.

What, then, is the meaning of Juneteenth for the Black folk in America? It is cause to celebrate, freedom has come for some. It is cause to remember, it has come too late for others. It is cause to redouble, it is not yet come for many. It is cause to caution, it is not desired by a few. It is cause for hope, because when 4,000 marched down Broadway they were too alone. Today, on Juneteenth, there are many more marchers and they are not ceding the streets until something changes. Tomorrow, next week, next month when we will not be celebrating the memory of past events. Instead, we must be living the moments our grandchildren will proudly commemorate.