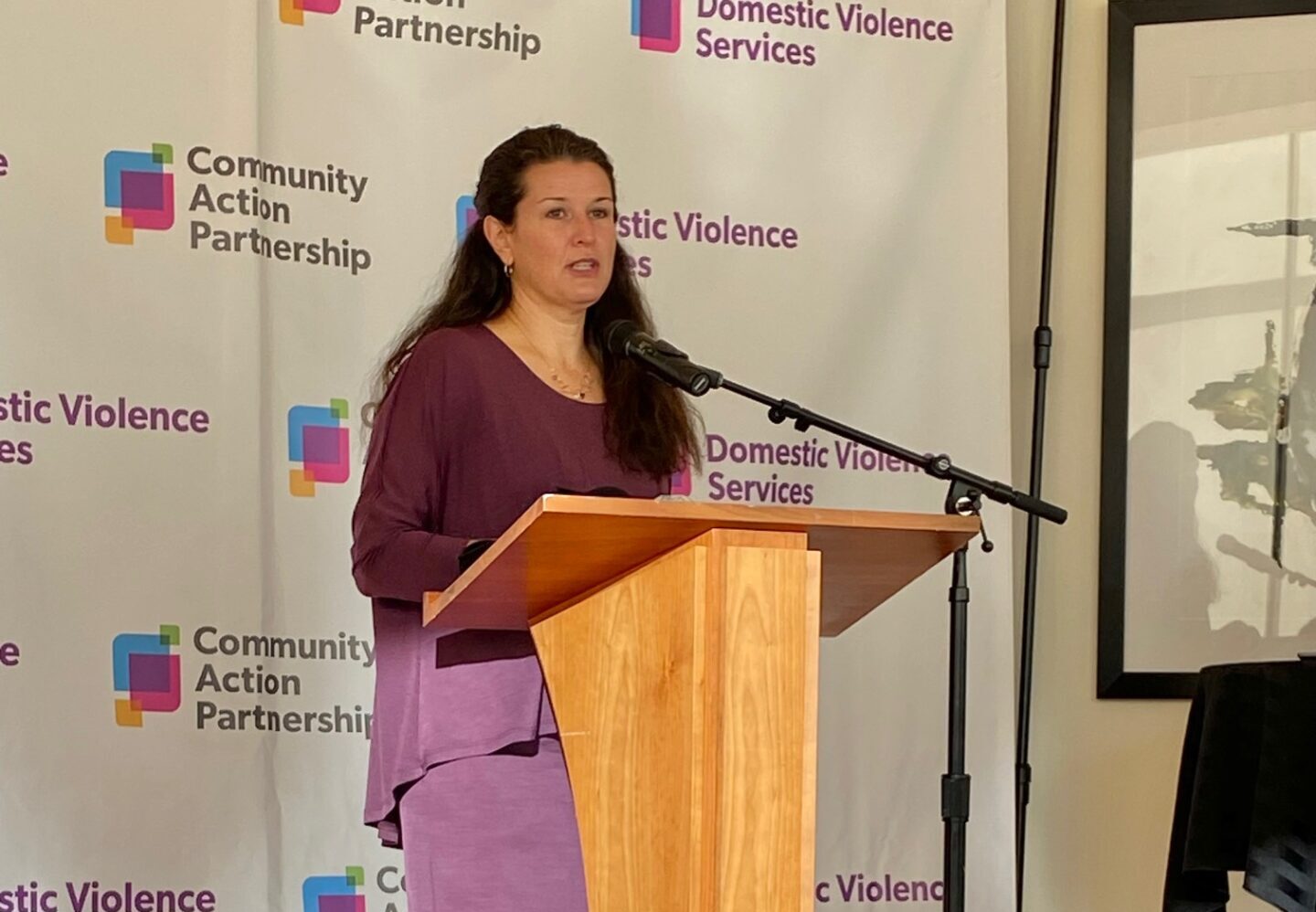 Domestic Violence Services of Lancaster (DVS) kicked off its month of domestic violence awareness events this morning with a media event featuring stories, poems and statements of its commitment to honor Lancastrians who have experienced domestic violence.

Sorace told of a woman she met while canvassing Lancaster city's southwest, who was crying because she and her partner had fought and he threw a 40-ounce can of beer at her after locking her out of their home. As she begged onlooking neighbors not to call the cops, one of Sorace's team members began talking with the woman about her own experience with domestic abuse and how she could get help.

"We know what's happening in our neighborhoods," Sorace said. "And I know I can't be successful in building a stronger, more equitable city unless we continue this work together."

Surrounding the speakers stood an art exhibit called Lancaster County Silent Witness Project, consisting of silhouettes of Lancastrians lost to domestic violence. It is on public display at the Ware this evening until 10 p.m. for Lancaster First Friday. 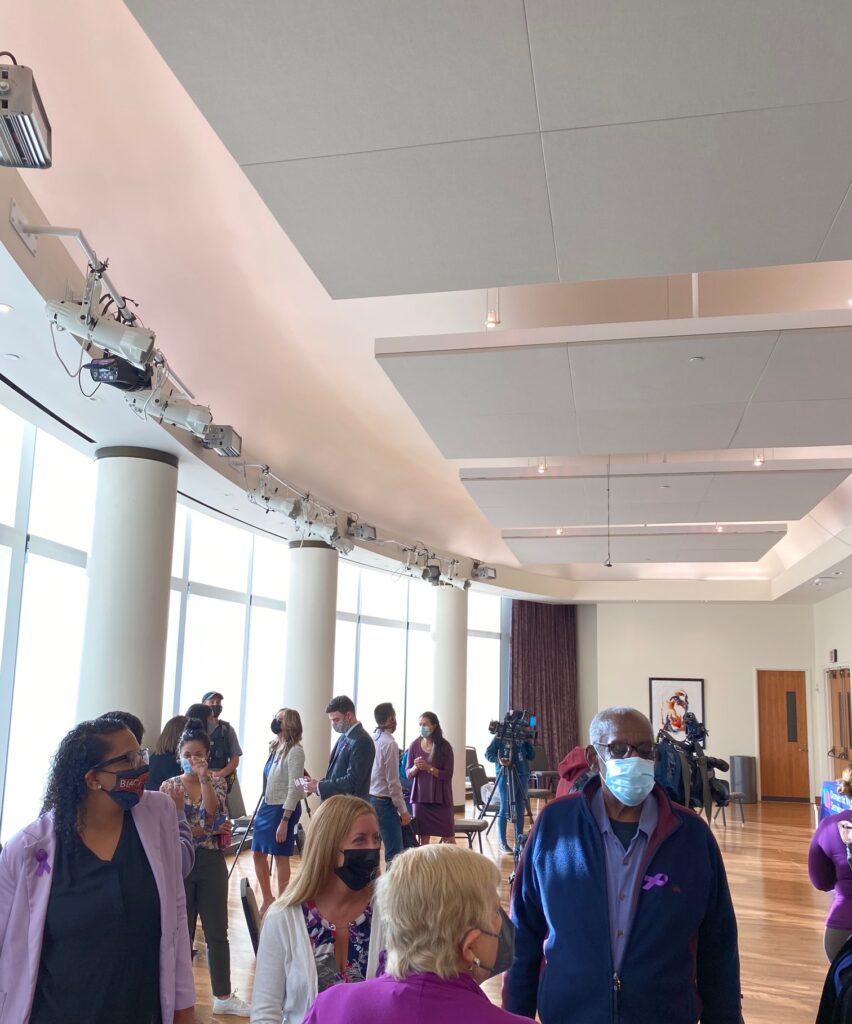 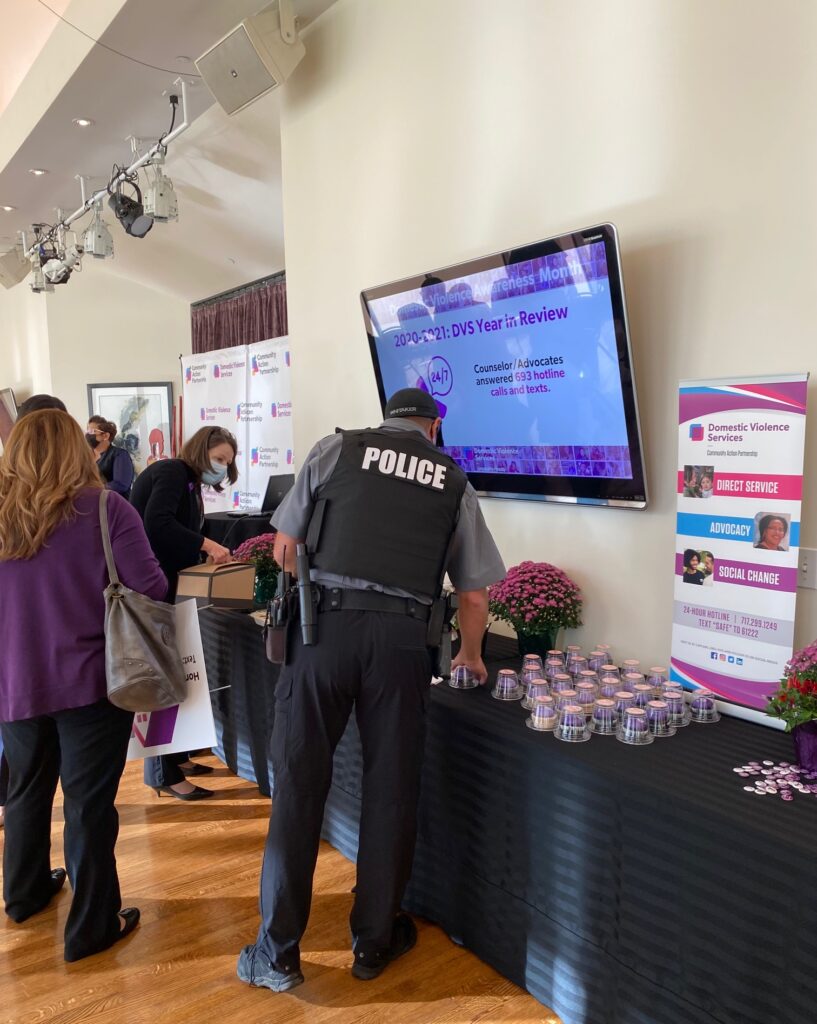 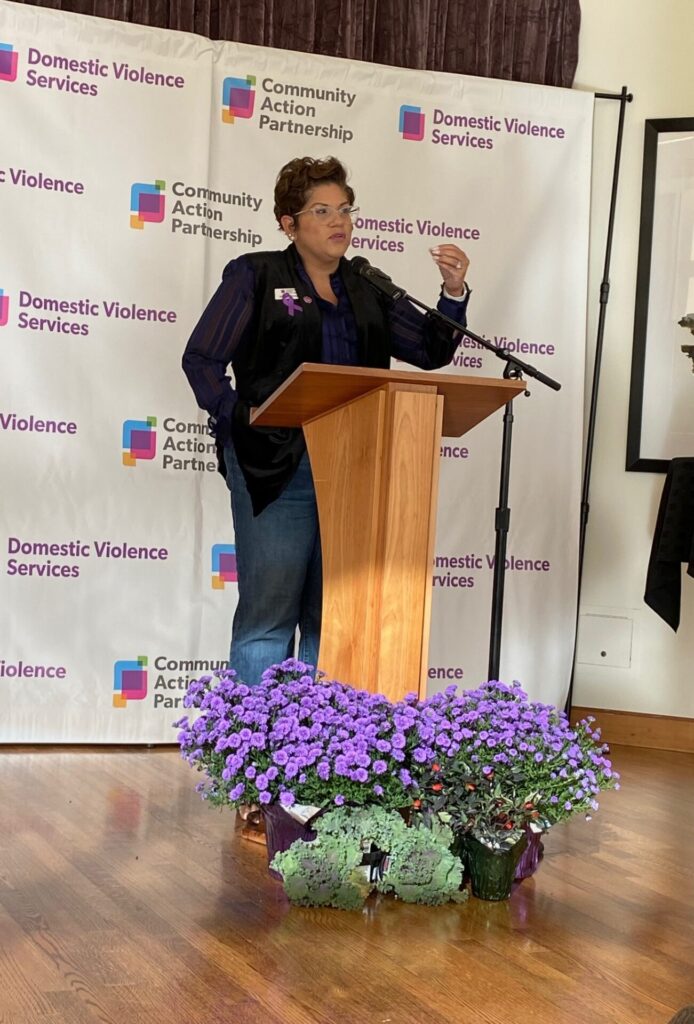 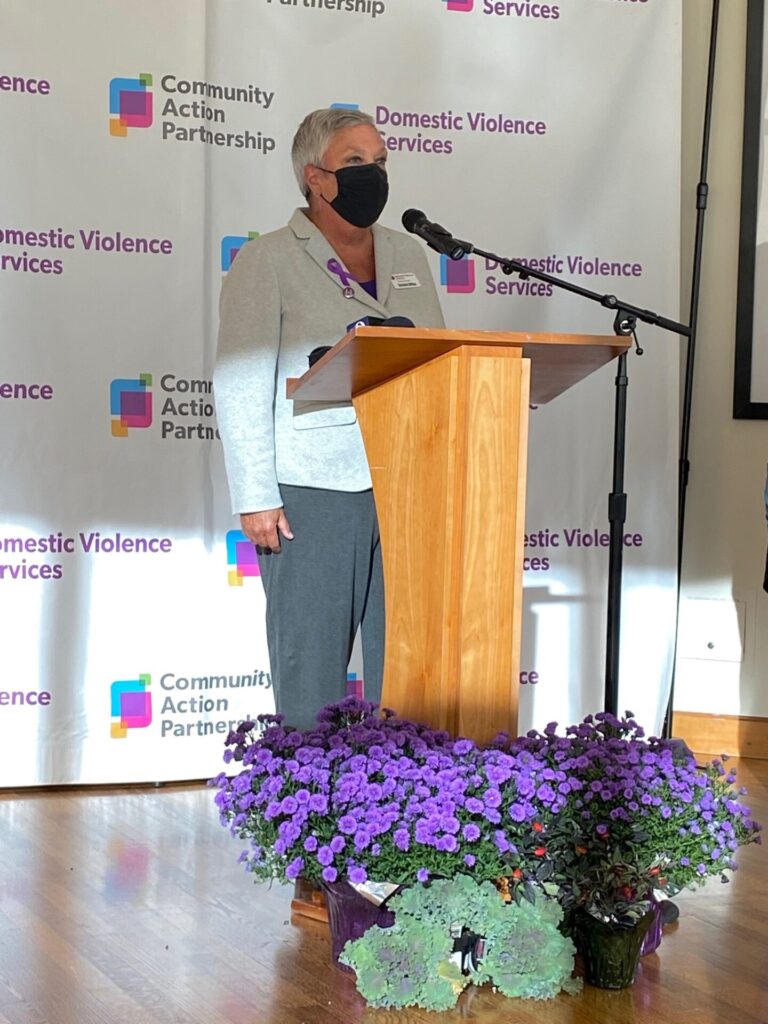 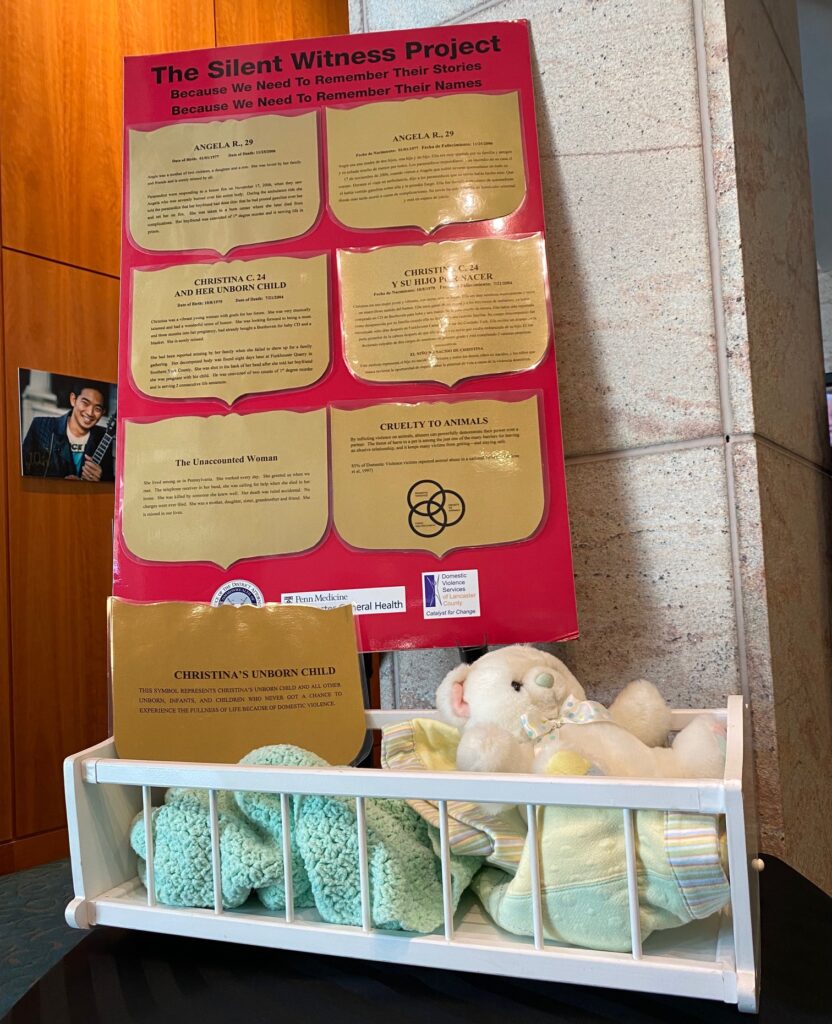 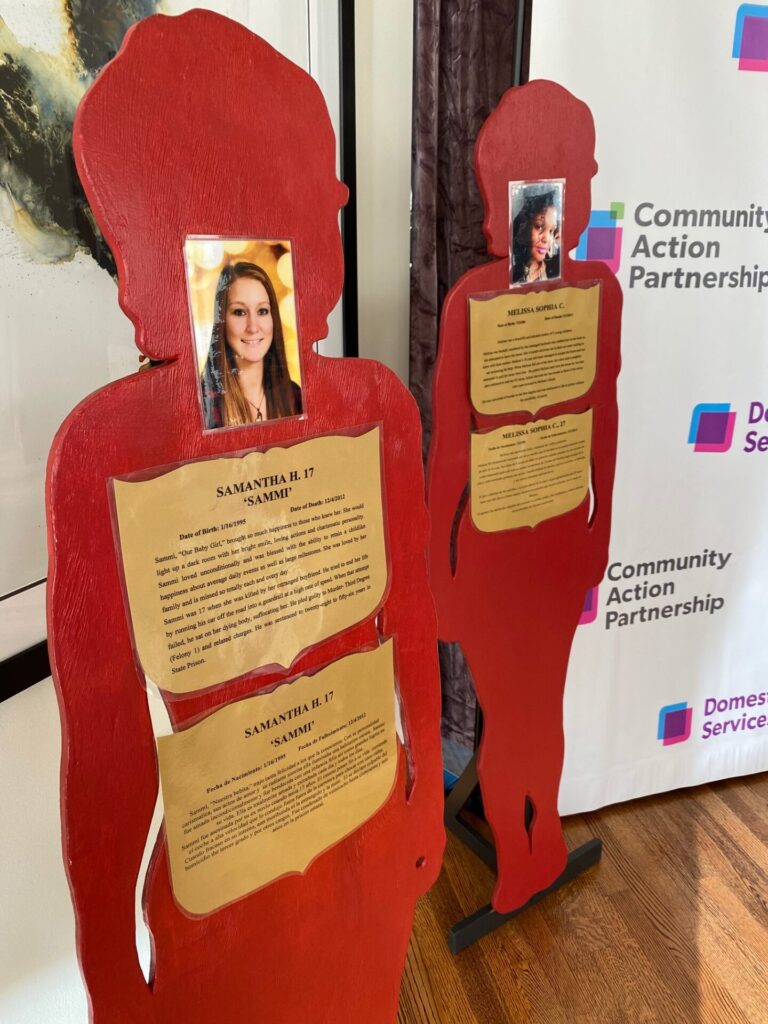 He pledged support to supporting survivors through trauma-based response and investigations.

"I am absolutely stunned by the resiliency of not just survivors, but also families of those that have deep cuts from domestic violence," he said.

The event included comments on DVS statistics from the past year from the program's director, Christine Gilfillan, a video testimony from a former DVS client and an emotional poem read by Vanessa Philbert, CEO of Community Action Partnership of Lancaster County, DVS' parent organization.