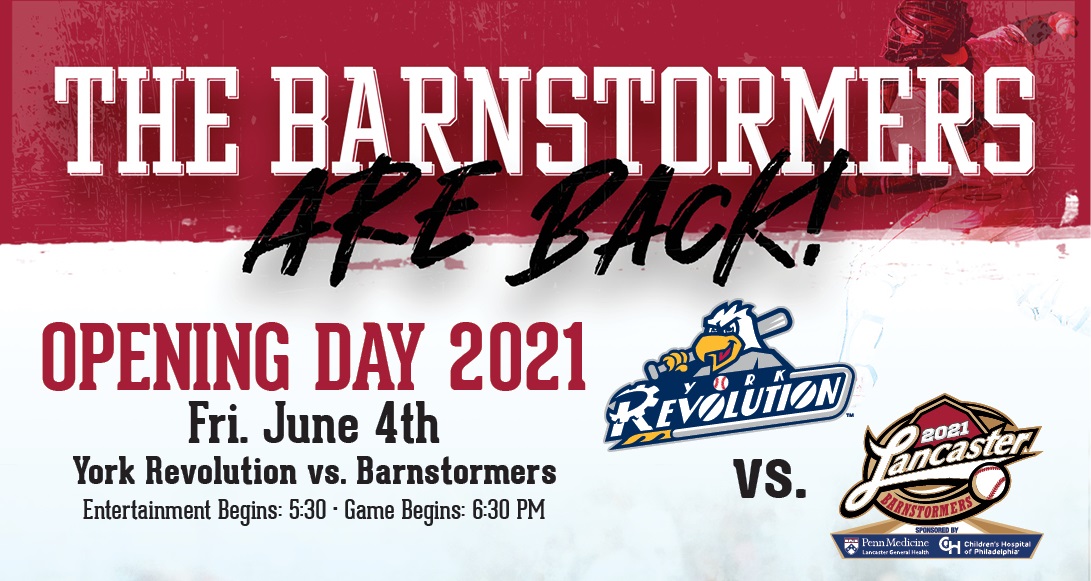 During the first game of the 2021 baseball season, the Lancaster Barnstormers will partner with the United Way of Lancaster County to donate a portion of the ticket sales toward the latter’s Project SOS.

For each ticket sold for the June 4 game against the York Revolution, $5 will be donated to the Project SOS fund.

Project SOS began in January as an initiative to redistribute government stimulus support from those with less need to those more impacted by the coronavirus pandemic.

The game begins at 6:30 p.m. and fans are encouraged to wear red to support the Barnstormers. All who do will be entered to receive a prize from the baseball team.

The opening night will celebrate Lancaster's “healthcare heroes,” with the first 1,000 fans aged 16 and older receiving a free T-shirt. A fireworks show presented by Penn Medicine Lancaster General Health and the Children’s Hospital of Philadelphia will conclude evening.

Project SOS is also the beneficiary of the Barnstormers' "Paint the Town Red" promotion.

From May 28 to June 11, patrons can vote for the business of their choice. Each vote is $1, with the proceeds going toward Project SOS. The business with the winning display receives a catered suite night at Clipper Magazine Stadium.

To register your business, click here. The deadline is Wednesday, May 26.

The mission of the United Way of Lancaster County is to advance the education, economic mobility, and health of our community by mobilizing resources, people, and organizations.