The banner on the south facade of the Vaccinate Lancaster community vaccination center at Park City Mall. (Photo: Tim Stuhldreher)

The banner on the south facade of the Vaccinate Lancaster community vaccination center at Park City Mall. (Photo: Tim Stuhldreher)

The Vaccinate Lancaster Covid-19 community vaccination center at Park City Center mall is encouraging everyone to register for an appointment, regardless of their place in Pennsylvania's phase-by-phase vaccine rollout plan.

On Monday, Pennsylvania opened up Phase 1B of vaccination, adding individuals in higher education, public transit workers and prison staff, among others. Phase 1C is to begin Monday, April 12, and general eligibility the Monday after that, April 19.

The community vaccination center has more than 12,000 appointments available over the next seven days, spokesman Brett Marcy said. The fastest way to get a shot is to register now, he said.

"With so many appointments available, we expect many individuals will be able to schedule their appointment almost immediately after registering," he said.

The site has been allocated vaccine for 21,000 first doses and 12,000 second doses for the period from Wednesday through Tuesday next week, spokesman Brett Marcy said.

As a Type 1 Federal Emergency Management Agency vaccine site, the center has the capacity to administer 6,000 doses per day.

Officials had previously suggested this could be the week it hits that threshold, but not enough patients are yet ready for their second doses. Second-dose appointments are scheduled based on the date a first dose was received: 21 days later for Pfizer, 28 days later for Moderna. While continuing to provide first doses, officials have to reserve enough capacity at the site for people to come in for their second doses.

"We expect to gradually ramp up to more than 3,000 second-dose appointments in the coming weeks," Marcy said. 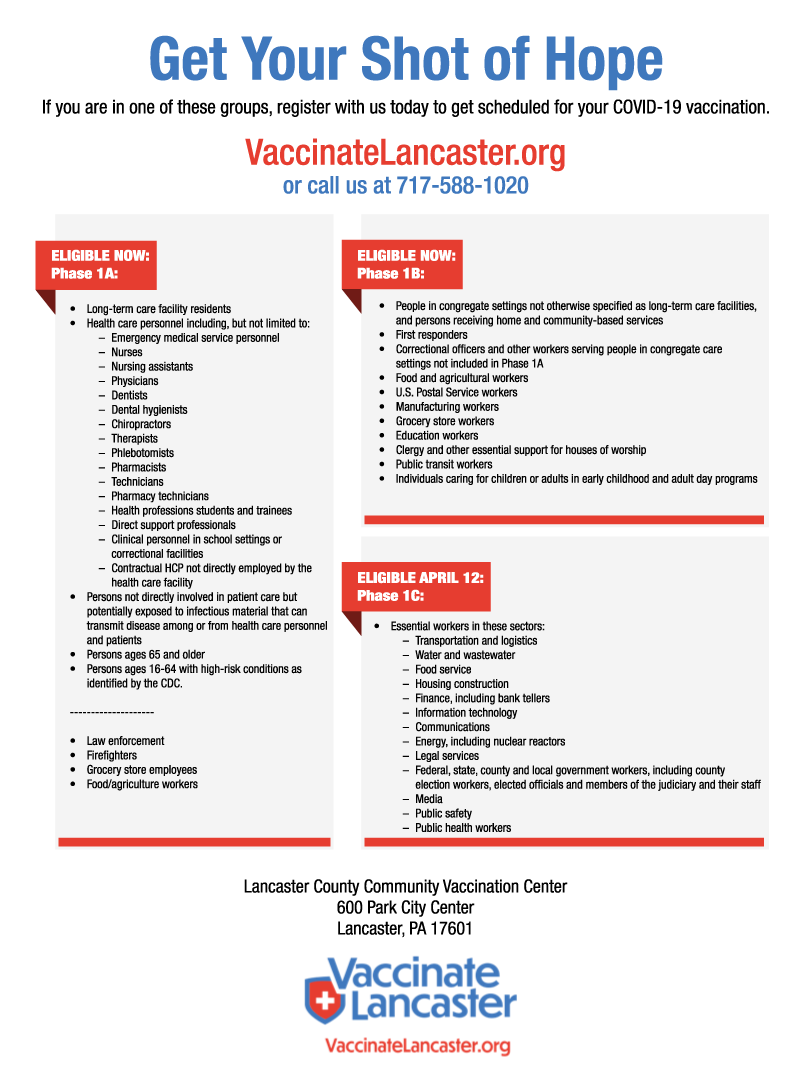